Fans have been approaching Kawhi and his family everywhere he goes! 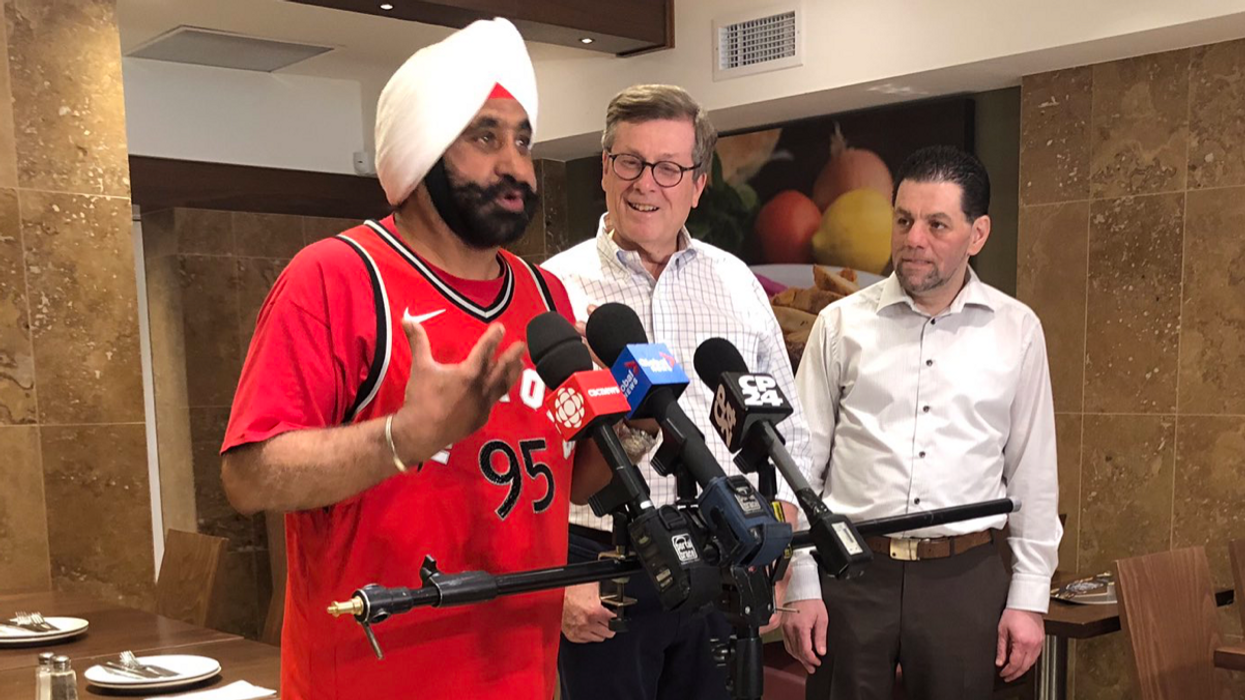 It is absolutely no secret that Canada loves Kawhi Leonard. As an instrumental player throughout the Toronto Raptors journey to a ground-breaking and historic NBA championship win, Kawhi is a hero in Canada. As basketball fans across the country wait with bated breath for news on where Kawhi might go to play next season, Raptors superfan Nav Bhatia is asking Toronto basketball fans to give Kawhi some space.

Nav Bhatia is known to Canadian basketball fans as ‘the superfan’, as he has famously attended every single Toronto Raptors game in the home arena since 1995 when the franchise was founded. Knowing more about the team than most, Bhatia said in a press conference on Saturday morning that the best way for Canadians to thank Kawhi Leonard for his contribution to Canadian basketball, is to leave him well alone.

Bhatia’s polite request comes as fans have been approaching Kawhi everywhere he goes in his day-to-day life, and posting photos and videos of him on social media sites. Leonard has recently been spotted out and about trying to do ‘normal’ things, such as attending sports games, eating out at the Cactus Club restaurant and shopping in Home Depot.

Speaking on Saturday morning alongside Mayor John Tory, Bhatia said, “I am a fan myself and when I see a player who is a superstar, who is a two time MVP of the finals, excitement comes.” The superfan admitted that he understood how exciting it is to see Kawhi, but reminded fans that he deserves the opportunity to be somewhat normal.

Despite the championship now being over, it remains a tense time for Kawhi Leonard/Raptors fans as the player will officially become a free agent next week. Leonard has given very few clues about where his future lies, saying after the Raptors win that he would “think about that later.”

While reports have suggested that Raptors will be looking to sign him for another season, there are other teams that are also likely to have eyes on him, particularly the Los Angeles Clippers.

While Bhatia acknowledged that fans were desperate to convince Kawhi to stay in Toronto, he encouraged fans to sign a petition to share their feelings and to plead with Kawhi to stay. He said “We all want Kawhi to stay with us and maybe repeat the championship again next year but give him some privacy. Please sign on at this website and we will make sure that all of your comments are read by him personally on his own time.”

Toronto Mayor John Tory agreed with Bhatia, saying that the idea behind the petition site Kawhiushouldstay.com is to give fans a way to express their passion for keeping Leonard in the city “the Toronto way.” The Toronto way, Tory says, is to “do it quietly but we do it in a determined way and make sure we get our voice heard.”

If you want to sign the petition to ask Kawhi to stay in Toronto, head to Kawhiushouldstay.com and show him a little Canadian love!