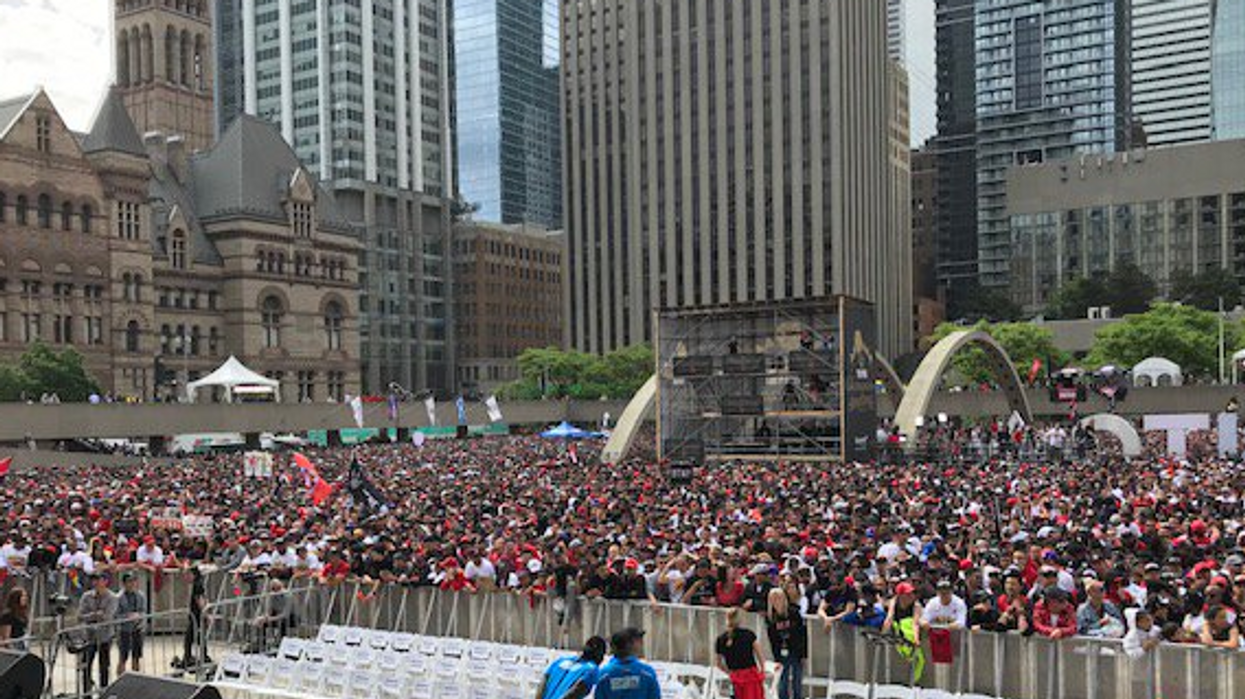 Just as the victory parade kicked off at Exhibition Place, Toronto Police ordered an evacuation near Nathan Phillips Square, where thousands were gathered for the post-parade rally. The evacuation was called due to “suspicious packages" located at the scene. According to Toronto Police Services, the "suspicious package" near Raptors parade festivities led to a shutdown of Queen Station, as well as the area between Yonge and James Streets.

At 10:30 AM on Monday, police reported that everything was "in order" and the area would be reopened. The TTC also revealed in an update that regular subway service has resumed after police deemed Queen Station "safe".

Authorities described the suspicious packages as “bags”. Police say that the items were located around 10:00 AM Monday, the exact time that the Raptors victory parade began at the grounds of Exhibition Place.

The parade convoy is expected to make its final stop in Nathan Phillips Square on Queen Street West at 12:30 PM, close to the area where the packages were first discovered. According to police, Osgoode Station was also shut down around 10:00 AM due to overcrowding.

The TTC confirmed that the trains that were bypassing Queen Station and Osgoode have resumed regular service.