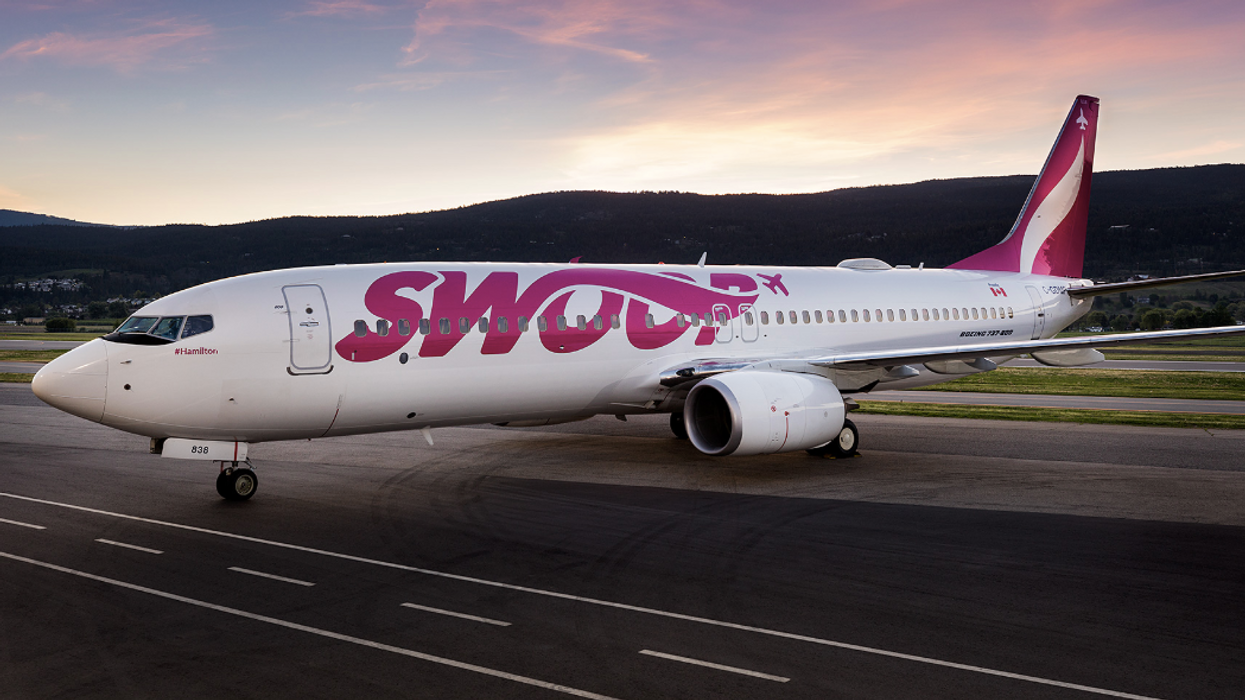 Flying can be stressful, but it becomes even more challenging when you’re with a loved one that requires special needs. According to The Toronto Star, Swoop Airlines recently decided to remove a 21-year-old disabled man from a Hamilton flight after he was determined to be a flight risk. Nicco Iavarone and his mother, Andrea, were set to depart from Hamilton airport on November 1, 2019, on a Swoop flight to Fort Lauderdale. However, they ended up having to purchase two flights for later that day with Air Canada, which departed from Toronto’s Pearson.

According to The Hamilton Spectator, Iavarone claims that Swoop hasn't compensated her for the new flights and instead offered her credit for the two Hamilton tickets. Swoop later confirmed to the media outlet that Nicco had, in fact, been removed from an aircraft leaving for Fort Lauderdale.

"Swoop is entrusted to ensure the safety and security of all its travellers and employees, and has established policies to meet this obligation," the statement confirmed. "While such decisions are never made lightly, this action was made in accordance with our established protocol."

It’s worth noting that despite Iavarone insistence that she was not compensated for her flights, Swoop Airlines has strongly indicated that the cost of the flights was fully refunded.

However, several Torontonians later took to Instagram to vent their frustrations over Swoop’s handling of the incident.

“Nicco is a special needs child who was kicked off fly swoop because they say he is violent, and they were concerned about the safety of other passengers even though he had the window seat and his mother was sitting next to him at the time. His family is in shock and in disbelief,” wrote one user in an Instagram post about the incident.

"If a small child had a temper tantrum on the plane and they pulled their mother's hair, would they get kicked off the airplane?" Iavarone later told the Star while explaining the reality of the situation. "Because that's exactly what it's like."

Narcity has reached out to Swoop for further comment but has yet to hear back.