Could this be the start of something wonderful? 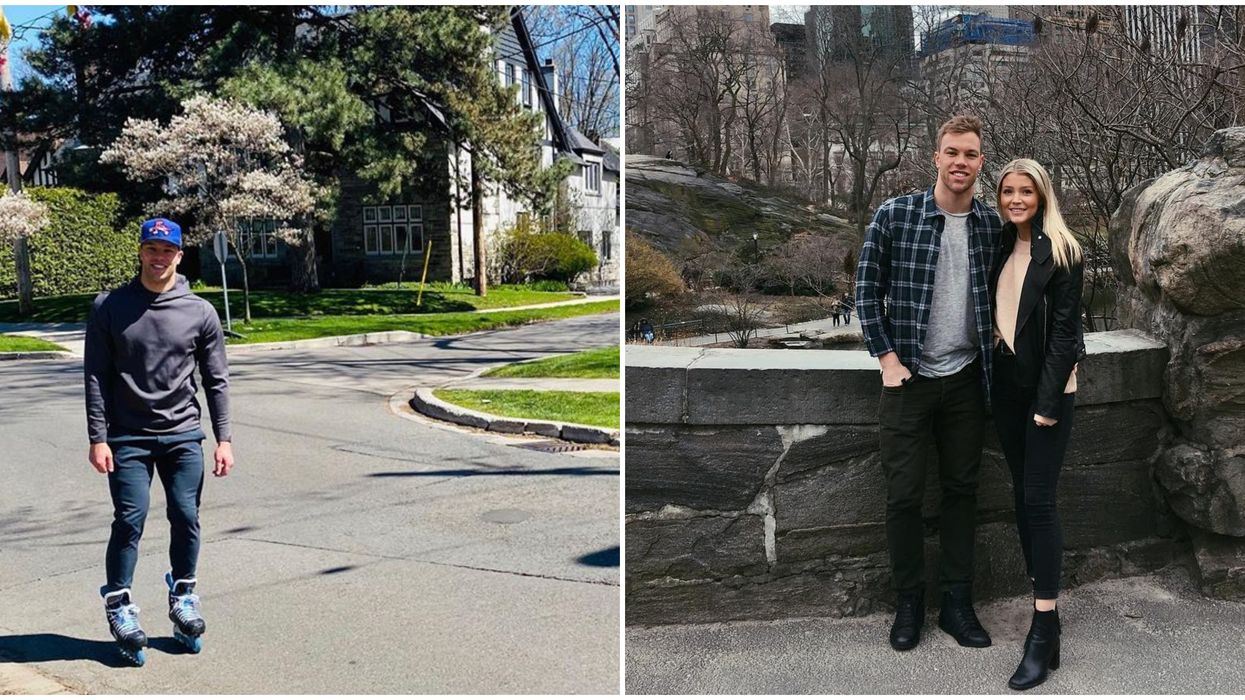 Hall onto your hats everyone, there’s a new player in town. TML fans are in utter dis-be-leaf after an Instagram photo of Taylor Hall in Toronto was posted to the NHL star’s account. The cryptic caption seemed to suggest he’s here to stay and fans are totally losing it over what it could mean.

Simply titled "new hood," Hall’s photo has left many wondering if the soon-to-be unrestricted free agent is here to sign a lease or to sign a contract.

In the post, you can see the current Arizona Coyotes player repping a Raptors hat as he rollerblades around what many seem to suspect is an Etobicoke neighbourhood in Toronto.

Other suggestions have included areas around the city like Forest Hill and Mount Pleasant.

Wherever he is, look at him embracing 6ix culture. We love it.

And Toronto is embracing Hall right back, too.

“You and @champagnepapi gonna throw a block party?” reads a comment by @theganzshow.

Drake, Hall, and a bunch of Leafs stars? That's a party we'd like to see! Once it's safe to do so, of course.

But if Hall truly is kicking it in Etobicoke these days, we know he’ll be surrounded by the Leafs who already live there.

According to The Athletic's Pierre LeBrun, the 28-year-old winger was previously renting from Auston Matthews himself back in Arizona.

However, when quarantine started, Matthews wanted his digs back, sending Hall back to the 6ix.

For some enthusiastic Leafs fans, this post was all the proof they needed to confirm Hall will soon be rocking the blue and white.

"Taylor Hall to the Leafs confirmed," reads a comment by @aaronslute.

Maybe not quite, even if it does look as though he might have signed a real estate contract in the city.

Other fans were quick to plead with the athlete.

Fans continue to speculate as to which neighbourhood the photo is from in the comments section.

But one thing's for sure, no matter his address, Leafs fans are ready to embrace Taylor with open arms.

And as for that future block party, hopefully his new Raptors neighbours will be invited too.