Right at the trade deadline, too. 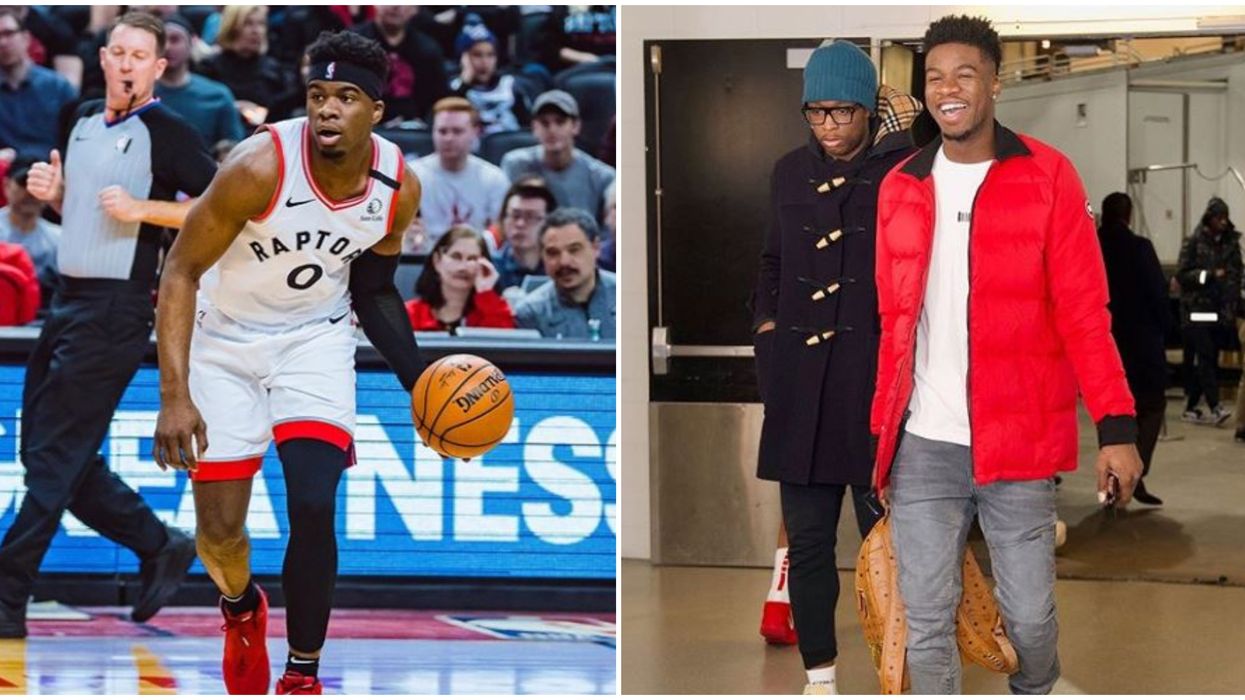 Another day, another example of Toronto's sports stars brightening people's days. Rookie baller Terence Davis was sitting courtside at a Raptors 905 game on Monday, February 3 when he was approached by a young fan. Davis ended up trading food with the kid and, honestly, you might struggle to find a cuter video.

The footage was shared on Instagram on Tuesday and was later re-shared by ESPN Sportscenter's account. That Sportscenter post alone had amassed over 1 million views in five hours.

In the clip, Davis is sitting with his hood up on a courtside bench watching the Raptors' NBA G-League affiliate team in action.

A child who can only be a few years old approaches the 22-year-old rookie to offer him what appears to be a piece of strawberry.

And, in that great Raptors tradition, Terence had plenty of time for his lil' admirer.

In fact, Davis not only takes the treat but also offers him the remainder of his own snack as a trade.

To give the kid credit, he clearly knows value when he sees it. He was certainly no slouch in accepting the exchange.

How's that for a deal, just in time for the NBA trade deadline?

The utterly charming clip was reshared later on Tuesday by both Raptors 905 and Davis himself.

"Never know who you'll meet sitting courtside at one of our games," reads the 905's tweet.

Meanwhile, Davis responded by simply quote-tweeting the video with the heart emoji.

Fans in the replies to the various posts were quick to hail the video as one of the purest things you'll see anytime soon. They also praised Davis for the interaction.

This isn't the first time the rookie, who exploded onto the first-team scene in the preseason, has done his bit for the kids, though.

He and teammate Matt Thomas gave a basketball clinic to some lucky kids in North York back in November.

Even fully-fledged first-team stars like Fred VanVleet don't seem to struggle to find the time to give back. For example, he gave local Starlight kids an experience they'd never forget.

And there was the sweet time Raptors icon Kyle Lowry sent memorabilia and a personal video message to a 92-year-old superfan.

Sometimes, it's the little things, eh?