The 10 Worst People On The Toronto Subway

TTC should stand for "take the car". 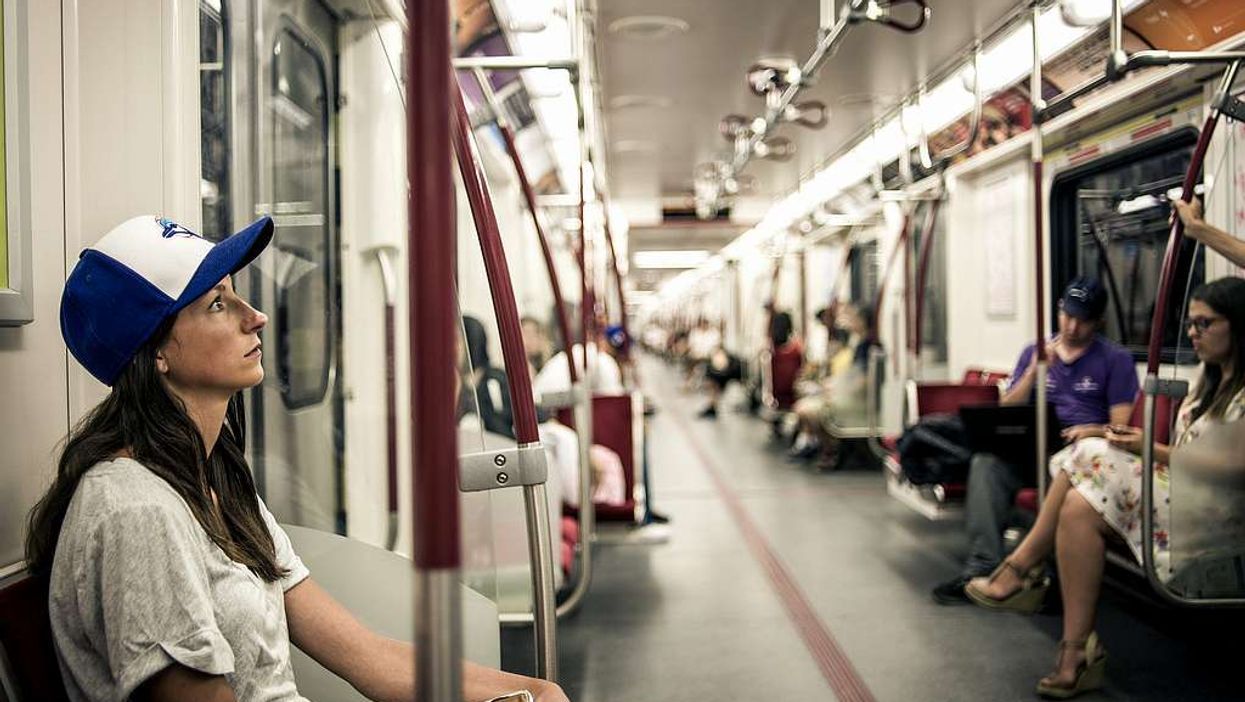 Two lines, two hours, two headaches, it's too much! Add the creep in the next seat and the B.O. stinking up your car, and you'll be willing to walk anywhere rather than take the TTC. Nobody chooses to commute, it just happens. We would all rather be at home watching Netflix, but instead we're confined to smelling each other's pits after a long day at work. These are some of the worst people we've all had to deal with on the subway, so let's chin up and get through our commutes together with laughter rather than tears.

This could be a university student on their way to Ryerson or just a savvy business guy or gal who wants to save their back from the distress of a 15 inch MacBook Pro. Either way, these backpacks need to GTFO. Instead of waving your body from side to side, hitting everyone in your path, try taking it off for a while for the sake of your fellow commuter buddies. You may already have too much stuff to carry, but if that’s the case, walk, take a cab, or put it at your feet. Backpack black eyes are not fun early morning wake-up calls.

We’ve all seen “the spreader” before, or more commonly referred to as the "man spread". These people pop their legs open like a jack-in-the-box so that you have to curl to the side of your seat to make room for a UFL (unidentified flying leg). Why is this necessary? If your boxers aren’t 'breathable', or your pants are too tight, then buy lose pants/boxers! Keep your legs closed gentlemen.

Perverts converge on the TTC, and are we surprised? Close contact and tight spaces with lots of people are basically their paradise. He or she will get on the subway and stand a little too close to you, wandering eyes start searching and you get really uncomfortable. His jersey smells like stale beer and her breath is ratchet as heck. You’re trying to squirm away, but there’s just no room! Unfortunately, to escape from the perv's clutches your options are: get off the subway, tell him/her to back up, or slide your way to a new spot. It’s awkward, it’s uncomfortable, but what choice do you have?

This guy or girl played the “Staring Contest” too many times as a kid... These people simply don’t get awkward and you know what, good for them – that’s a talent in itself! Although, for the person sitting across from them, it gets very, VERY uncomfortable. This stare goes from 0 to 100 – real quick. First, it’s just a casual gander and then it turns into the Devil’s glare, until the sweat begins trickling down your forehead. The only thing saving you right now is the subway ad telling you to hire that Sokoloff Toronto injury lawyer. You’ve never been so intrigued by an ad before in your life. You’re analyzing every part of the poster until finally the subway comes to a halt, and the stare down ends. You take a deep breath until another starer sits right back in that empty seat. It’s the most common Toronto horror story out there and it could happen to you.

The loudmouth could be anyone really. It’s the girl belting out her life story to the poor stranger beside her or the guy who hates his boss so much he’s thinking about quitting every day. These passionate people really think that their audience (the commuters) are thrilled to hear their 'pressing' tales. Yes, the Toronto TTC needs work sir and we too have to deal with the two subway lines for a growing city too. Yes, your job at Toronto’s Eaton Centre doesn’t pay you enough. And yes Drake really is from Toronto and you just realized that now! But, nobody cares. So talk like you have a secret and let the subway commute in peace.

These are the people heading to the King Street clubs for a night that ends in tears, bare feet covered in blisters and drunken slurs. If you catch these guys or girls at the beginning of the night, they’re casually taking selfies on the subway and bothering you just a bit with their pre-club babble. But, if you happen to ride with them through the aftermath, it will be the longest ride of your life. Don’t sit too close, because getting barfed on is a very plausible scenario. Get ready to sit in on a pep talk about how the guys and girls in Toronto are all shitty and it’s [insert any name here]'s fault the night didn’t go as planned. Subway drama can be entertaining, but when you're tired and aren't up for empathizing, you've gotta just try to tune it out and go along for the ride.

Kids these days with their electronic devices and cellular phones! Alright, so we can all be annoying at times, but sometimes kids push the limits because it's "socially acceptable". These are the kids that are coming back from the Eaton Centre after skipping school for the day and spending that disposable income on flower crowns and Nike shoes. They’re yelling, they’re screaming, and you feel like you’re on a ride at Canada’s Wonderland. There are also the kids that you feel like you have to gawk at and talk to, but you’re really not in the baby-sitting mood. The parents are happy that you’re distracting them for that one-second, but you didn’t ask for this. How can you ignore them without being a complete asshole? Bring a book people. Books save your life on the TTC, every time.

Bad B.O. is a commuter’s worst nightmare because personal hygiene is a personal decision. Sometimes you get stuck dealing with someone’s poor decision to ignore deodorant and it’s not fun. It could be a Toronto hipster on their way to the Ossington bus or a guy who gave zero f***s when he rolled out of bed. It’s not your job to drop deodorant into their bag, but you can turn your head and pray to the hygiene Gods that they take away the most powerful human repellant right now. Even an overwhelming whiff of Axe body spray would be better than this. Need. Air. Now.

9. The Person Who Doesn’t Stand Up For Anyone

The blue disability seats on Toronto subways are for those with disabilities: pregnant women, walkers, casts, the elderly, etc. Too many times has an old man with a walker stepped onto the Toronto subway and the teen, with their music playing too loud, stays seated on his/her blue seat. Usually people with common sense will give up their seat and offer it up but there is always one person who refuses to. It’s like they fought World Wars for this seat and won’t move for anyone or anything.

The late night stalker is just creeping onto the subway car with you, and no one else. It’s late and all you want to do is get home as fast as humanly possible. There are tons of seat options around you, but the stalker decides to sit in close proximity to you. You’re going to the East end of Toronto tonight and the subway is stopping at Coxwell. You're contemplating getting off, but you’re so tired and decide against it. It’s your stop next, and apparently your stalker’s stop too. What a coincidence! Or is it?! You step off the subway and RUN fast. Don’t look back.