The 20 Biggest Pet Peeves Every Torontonian Has 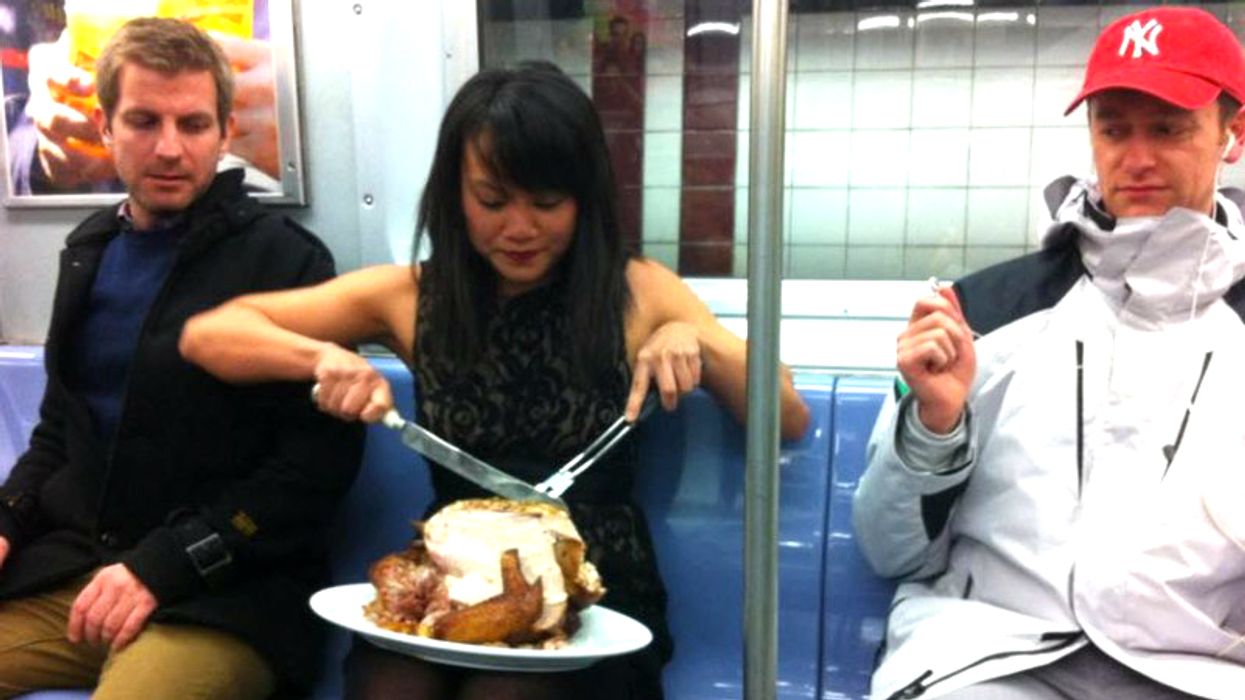 There's about as much to hate about Toronto as there is to love. There are over 2.6 million people in our teeny tiny city, so it's only expected that people will develop some pet peeves about it.

READ ALSO: 7 Cheap Private Islands You Can Rent With Your Friends In Ontario

Here are the 20 biggest pet peeves everyone has in Toronto:

When somebody sits right beside you on the TTC when there are clearly several other seats available down the aisle.

When a person or group walks at a glacial pace on the sidewalk.

When people have absolutely no concept of escalator etiquette.

When somebody has an obnoxiously loud conversation on a full bus or train.

Nobody wants to hear about how your friend Jessica had stage 5 diarrhea at Sneaky Dee's last night.

When parking officers give you a parking ticket for being 0.0001 seconds over the metre time.

Parking officers are hyenas. All of them.

When people squeeze themselves into a bus or train without waiting for passengers to get off first.

When somebody doesn't poop and scoop after their dog.

How would you like it if I took a dump on your lawn and just left?

When somebody plays music from his or her earphones so loud that it leaks out for everyone to hear.

Not everyone is feeling Travis Scott at 8:00 AM in the morning dude.

When people jump on the bandwagon when our sports teams are doing well, but jump off as soon as the hype is over.

Any support for our teams is good support, but it'd be nice if it actually lasted.

When drivers don't use their signals when they're changing lanes on the 401.

Or when a slower driver switches in front of you in your lane even though you're clearly going faster.

When you open a door for yourself and someone on the other side barges through.

Without a thank you, either.

When a cyclist is slowing down an entire lane of traffic.

Especially in the Yonge and Harbour St area.

When you're forced to play a game of "dodge the Pokémon GO players" because they're not paying attention to where they're walking.

Beware Yonge and Dundas in particular.

When people blast music from their cars with the windows down to purposely attract attention to themselves.

The more expensive the car, the more douchey it is.

When people don't clean up after themselves at the food court.

Eaton Centre slobs... You know who you are.

When people who suck at parking take up two spots and don't bother adjusting.

Especially at Yorkdale. As if the parking wasn't tight enough already...

When a bouncer lets a group of random girls cut the entire line.

When somebody whips out a smelly food during rush hour on a bus or train.

We get it, you're hungry, but the smell of your food is just not sitting well with anyone.

When your bus seems to run on its own schedule.

When people bump into you and don't say sorry.

Hoooold me back. *Takes off earrings*

What are your biggest Toronto pet peeves? Leave a comment below!

TIFF 2021 is revving up in Toronto, and while things may look a little different this year, plenty of big celebs will still be in attendance — so get ready to fangirl.

On Thursday, September 2, the Toronto International Film Festival announced the lineup of A-list talent still planning on attending the festival in person.