The Secret Behind Trudeau And Trump's Epic Handshake

Trump has met his match in the Canadian Prince Eric. 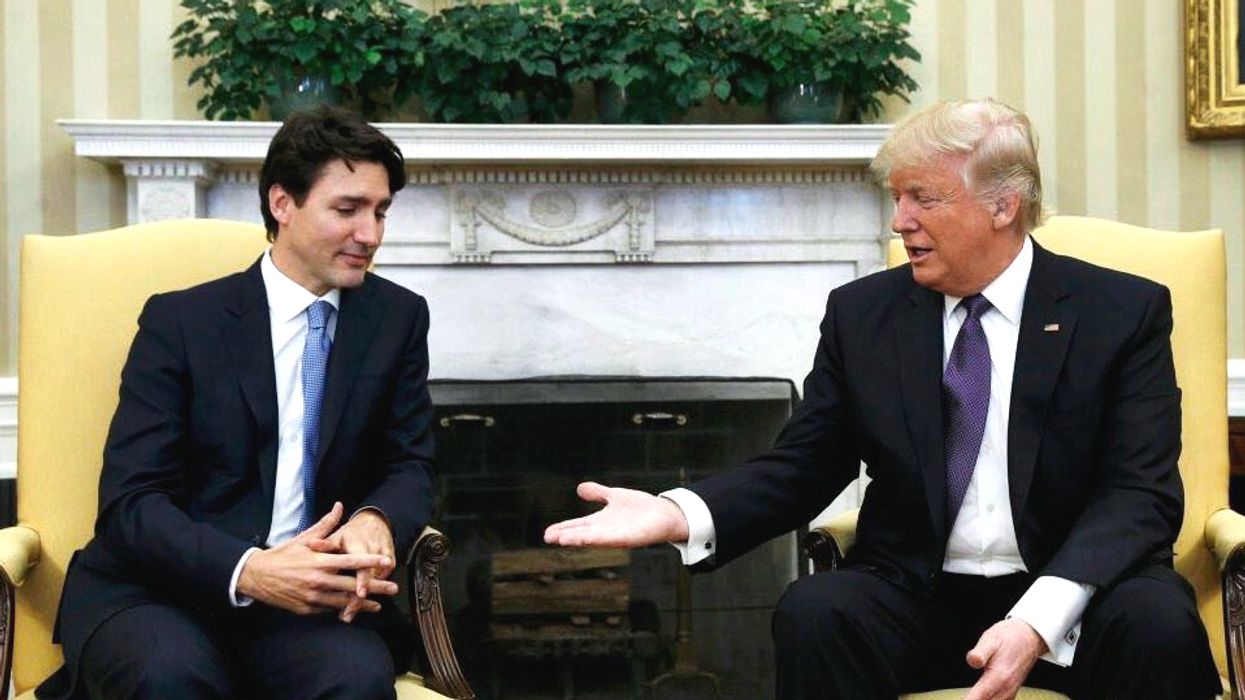 Move over, Trump - there's a new master of handshakes in town.

READ ALSO: Americans Want Justin Trudeau To Be Their President Instead Of Trump

During Trump and Trudeau's high-profile meeting at the White House yesterday, it seemed that more attention was being paid to the two leaders' body language rather than their discussion on actual important issues. But it was entertainment gold nonetheless, and certainly worth a water cooler conversation.

Trump, who is known for his notorious dominance-asserting handshakes, seems to have finally met his match in Trudeau. As soon as he stepped out of his convoy, Trudeau immediately initiated a handshake, moving in close to Trump's shoulder as to limit the amount of room for Trump to throw him off-balance with his signature back-and-forth tug. Trump retaliated with the placement of his hand on Trudeau's shoulder, which was another attempt to establish his superiority. Trudeau neutralized that threat immediately, with the placement of his hand on Trump's arm. Point 1 and 2 for Trudeau.

But Trudeau's checkmate came later while they sat in the Oval Office and Trump held out his hand in an attempt to lure the Prime Minister one more time. "I think they might want a handshake," he slyly points out. Trudeau, as composed as ever, takes a simple glance at the tiny, orange hand, and goes in for the kill with a confident "Sure." With one unwavering grip, it is finished. Point, set and match for Trudeau.

Okay, so why is any of this relevant at all? Why does it matter that Trump was thwarted by the Canadian Prince Eric, after he crushed the Japanese Prime Minister's hand with a gruelling, 19-second long grip of death? It matters because Trump is an egomaniac. He lives and breathes for opportunities to validate his superior size and girth. His handshake is an invasion of privacy and comfort; a flashing warning that he's the top dog and everyone else is nothing more than canned goop. When you take that power away from him, he's left not knowing what to do with himself. He's the one who ends up with the egg on his face. You reduce him to what he actually is at his core - a human.