There Is Finally An App That Shows Public Washrooms In Toronto

Hold it in no more! 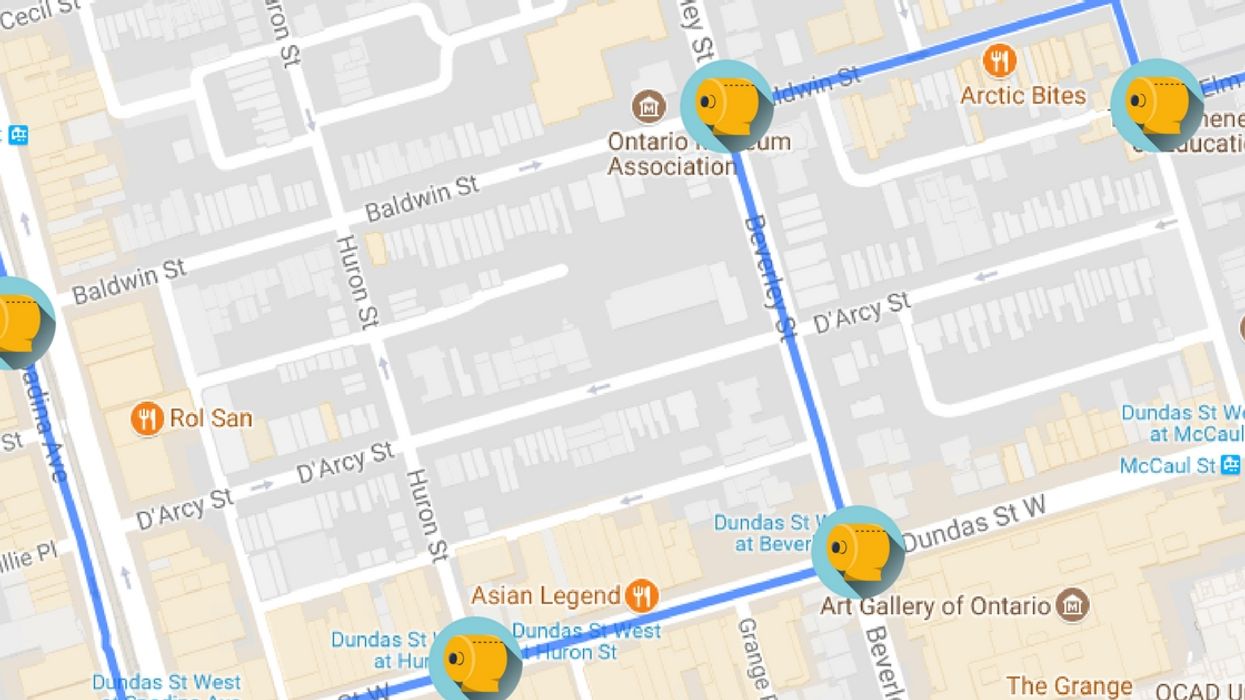 Sometimes being a person is a real struggle.

When you have to use the washroom and you just straight up cannot find one. I mean, how terrible is it when you're on the way to class or work and nature calls, and you can't do anything about it? Very terrible, guys. Very terrible indeed.

If you're living with Crohn's disease or ulcerative colitis you know this struggle well. It's a nightmare scenario that's super common for people living with Inflammatory Bowel Diseases.

But thankfully, it doesn't have to be this way. And it's all thanks to one Canadian app.

The GoHere app is an interactive washroom finder developed by Crohn's and Colitis Canada to help make public access to washrooms easier for people with incontinence issue;  and trust, it makes it super easy for Torontonians to access public washrooms no matter where they are in the city!

So if you're chilling in High Park and really need to go, but don't know where? No worries. GoHere totally has your back: all you gotta do is tap the app, and it'll let you know where the nearest washroom is right away.

GoHere recently debuted across the country, and the national charity behind the app is asking businesses to sign on and open their washrooms to people in need. Basically, they need support from brick and mortar store owners to make the program a huge success. And who wouldn't want to support such a good cause?

Because trust me, easy access to public washrooms is a serious life saver when it comes to giving peace of mind to people with Crohn's or colitis.  Although the chronic diseases cause a whole variety of symptoms (like cramping, internal bleeding, or even abscesses as in the case of one 19-year-old named Max, who lives with Crohn's disease), one common symptom is the need to rush to the toilet, sometimes more than 20 times a day.

Although Crohn's and colitis are, in general, very difficult to live with, many people - like Max - can still lead normal lives, and you might not even know they had a chronic disease.

The thing about Crohn's and colitis is that they are often "hidden" diseases. You might not see the brutal stomach pain and extra washroom trips, or the anxiety and exhaustion that someone with Crohn's or colitis could live with.

But it's the reality for the 250,000 Canadians living with the chronic diseases.

That's why apps like GoHere are so important. GoHere can make life a little easier for someone struggling with Crohn's or colitis; and honestly, that's a beautiful thing!

GoHere is available for iPhone, Android, and Blackberry TouchScreen. To learn more about the GoHere app and Crohn's and Colitis Canada, check out their website!

DDSB announced earlier this month that they would be changing class time to 10 a.m. to 4 p.m. for secondary students. The board revealed to Narcity that the change was made due to a shortage of bus drivers.