Sweet dreams are made of cheese! 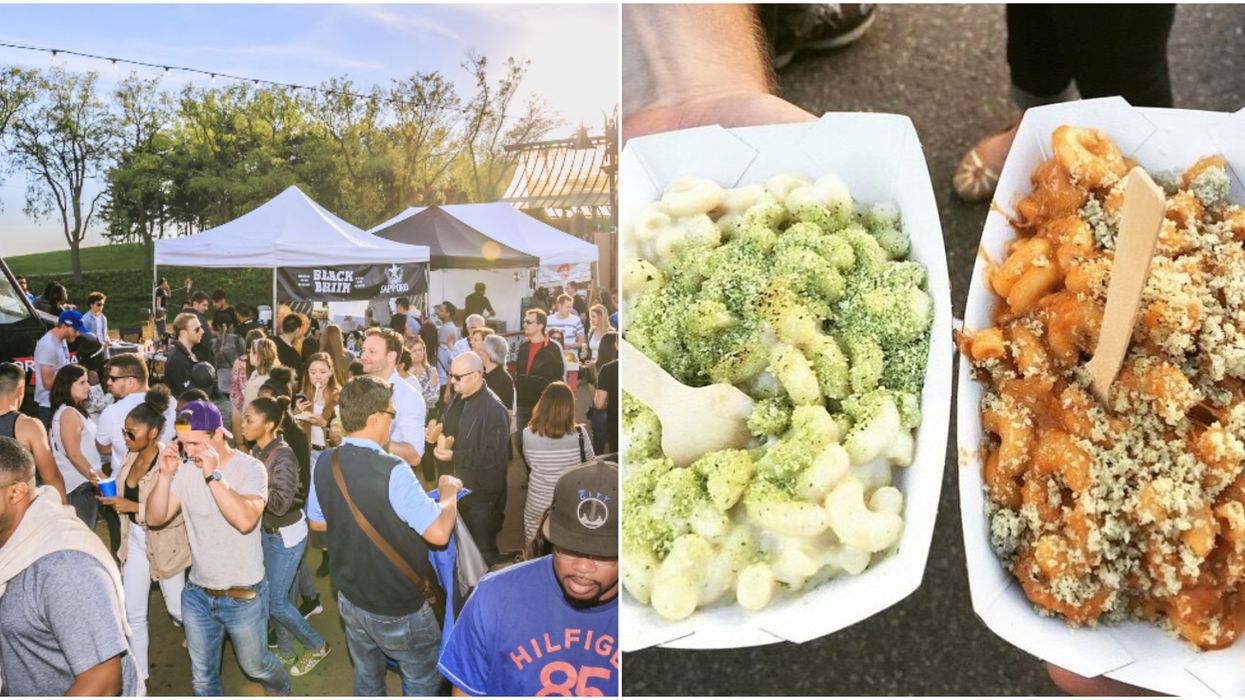 Mac n' Cheese is probably one of the best foods to ever exist in the entire world. I mean, it's pasta, which is literally amazing, topped with ooey gooey cream and cheese! I dare you to say something that tastes better than that.

As kids we all grew up eating mac n' cheese because, for the fellow picky eaters out there, it was basically all we'd agree to eat for dinner. Secretly though, we just loved mac n' cheese so much we didn't feel any other food would live up to it's greatness.

That's why it's truly no surprise that as adults we all still feel the same way. We're so passionate about mac n' cheese that there's actually massive festival dedicated to it happening this summer just outside of the city! The Mac n' Cheese Festival is happening for a full weekend this summer from Friday, June 8th to Sunday, June 10th! The festival was previously taking place in Toronto's Ontario Place but because of popularity they had to expand the festival to make it bigger and better than ever. This year they're holding it in Milton, Ontario at the Milton Fairgrounds which is a short 45 minute drive from Toronto.

Be prepared to eat tons of seriously amazing mac n' cheese creations that are totally out of the normal. Every year the best restaurants try to create something completely unique from mac n' cheese so you know you're in for a treat. The Mac n' Cheese Festival is actually North America's largest food festival and competition serving up amazing cheesy eats to over 60,000 people! Eating delicious mac n' cheese isn't the only thing you can do here, they also have a huge Ferris Wheel, bouncy castles, live shows and concerts, a market with local vendors, an outdoor movie theatre, carnival games, a craft beer lounge and so much more!

There will be over 50 different variations of mac n' cheese to try at the festival including creations from popular spots in Toronto like Junked Food Co., Bobbie Sue's Mac n' Cheese, Bacon Nation, The Food Dudes and more!