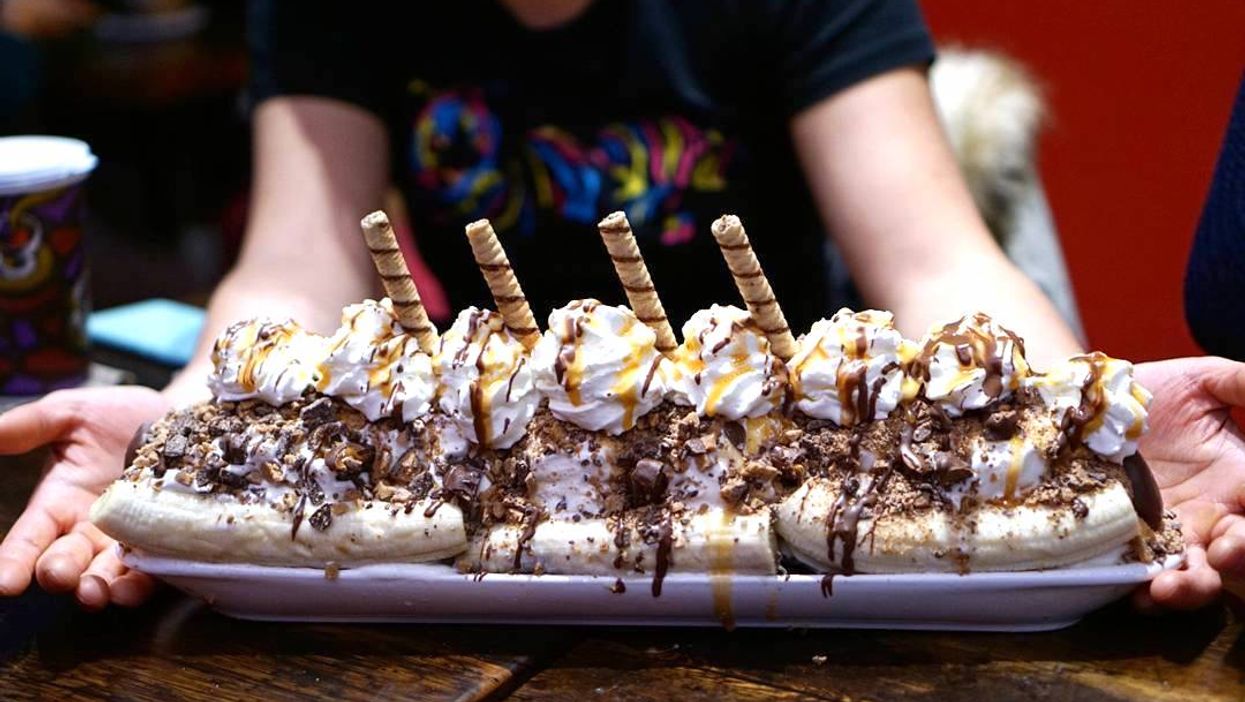 Who doesn't love a good food challenge? Whether it's gouging on an oversized dish till you feel like you're going to die or just sitting back and watching the madness, it's a true win/ win for everyone involved.

Now Toronto isn't new to extreme food challenges, we have Holy Chuck's 'Go Chuck Yourself' Burger, the mega ramen challenge at Kinton Ramen, and All Star's Armageddon challenge - just to name a few. However Hollywood cone has just entered the extreme eating game and we're 100% here for it.

Hollywood Cone Toronto, known for their over the top desserts, just served us up the Titanic Split, and while the weather isn't giving us ice cream vibes this challenge is a must do in 2018.

The challenge involves eating 5+ pounds of ice cream that happens to be dressed with 3 bananas, a generous amount of skor bits, slathered in caramel and decorated with a variety of other toppings. Challengers have 20 minutes to get it down and if done successfully the dessert is absolutely free - and of course they walk away with ultimate bragging points. Those who can't conquer the Titanic, will sadly have to fork over $25 to pay for the split.

The first contestant to try the Titanic challenge is scheduled for January 14, 2018. Afterwards anyone can head into a Hollywood Cone location and give it a go since it'll be a permanent fixture on the menu.

Hollywood Cone has locations in both Toronto and Oshawa, and if the name sounds familiar it's because they're been giving us eyegasms and stomach aches with their amazing over the top desserts and aesthetically pleasing IG account all summer long.