Just a broom ride away! 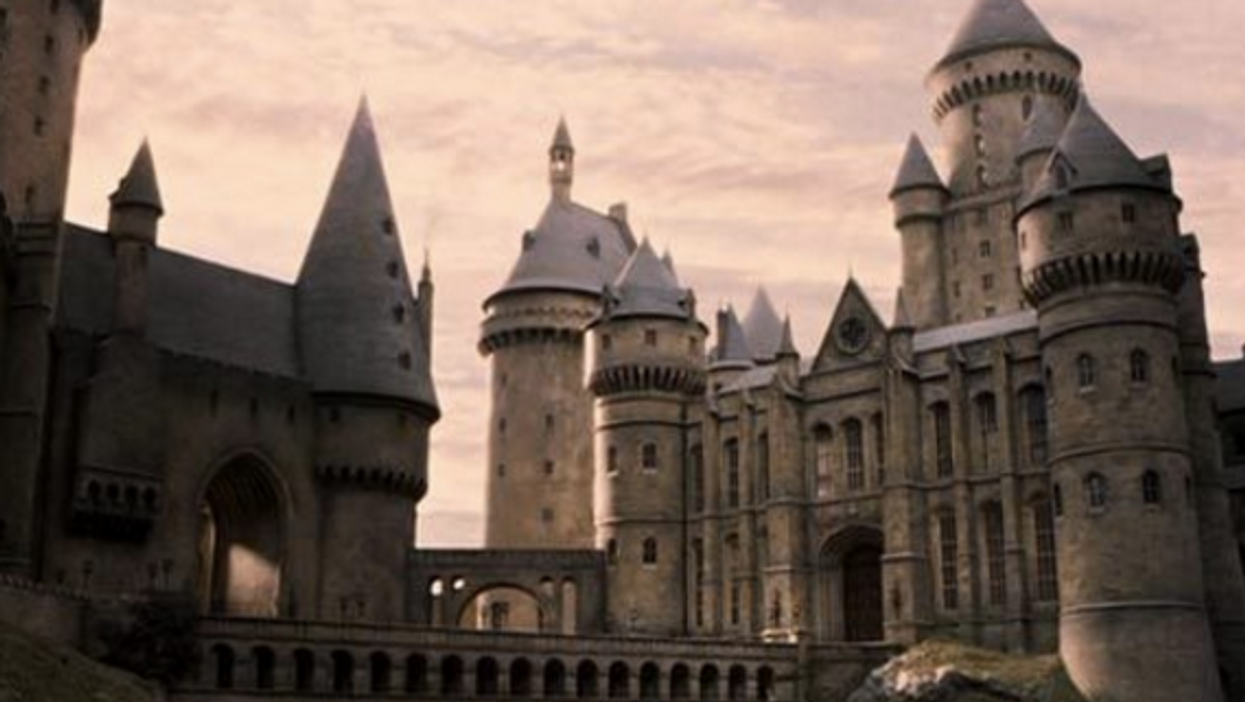 If you, like me, dream of living in the Wizarding World of Harry Potter, there is hope. While Hogwarts (tragically) does not exist, there are still options for those super fans who want to get in on a little bit of the magic.

Across the UK, a number of the locations used in the film franchise are available to visit. From the exterior of Malfoy Manor to a ride on the Hogwarts Express, hop on a broom, use floo powder or apparate to these amazing Harry Potter filming locations.

The exterior of Alnwick Castle was used in Harry Potter and the Philosopher's Stone. You'll remember the fields from the scene where the first years are learning how to fly a broom or when the golden trio are wandering the grounds.

This London landmark was famously destroyed by the Death Eaters in Harry Potter and the Half Blood Prince. In real life, the bridge is still standing, and is free to visit any time you're in London.

Ah, the place where it all began. Who could forget a young Harry desperately searching for a platform that muggles had never heard of? Though the Hogwarts Express is nowhere in sight, King's Cross Station does have a designated area set up for Harry Potter photo opps, complete with a Platform 9 3/4 sign and half a trolley.

The closest thing to riding the Hogwarts Express is the Glenfinnan Viaduct, a railway located in Scotland where many of the exterior shots of the train scenes were filmed (Anything from the trolley, dear?) Just be wary of dementors looking to disrupt your ride!

Hardwick Hall is home to one of the most harrowing scenes in the entire series. Posing as Malfoy Manor in Harry Potter and the Deathly Hallows Part 1, it's here that Hermione is tortured by Bellatrix Lestrange while Harry and Ron are forced to listen from the dungeons. I think I speak for all Harry Potter fans when I say I've never been so happy to see Dobby.

After Harry, Ron, and Hermione make a narrow escape from the ministry, with a horcrux in hand, they apparate to the Burnham Beeches forest. Poor Ron gets splinched during the trip, and it is in this forest that Hermione tends to him while they set up camp.

This row of townhouses is the infamous site of the Order of Phoenix and the former home of the Black Family. But sorry muggles: Number 12 doesn't actually exist, as we all know the house can't be detected unless you have been granted access to it.

Beginning in Harry Potter and the Prisoner of Azkaban, Clachaig Gully served as the grounds of Hogwarts. Though Hagrid's hut is missing in real life, fans will instantly recognize the area from all the walks to the groundkeeper's cabin for his infamous rock cakes.

Life at the Burrow was one of my favourite parts of the book, so I was anxious to see how the film interpretation measured up. Though the cottage was largely CGI and studio sets, the outdoor location is actually found at Abbotsbury Swannery, home to a collection of nesting swans...seriously. You'll recognize the ponds and tall grass from Harry Potter and the Half Blood Prince when Bellatrix runs through the field taunting Harry, before burning the cottage.

Before Harry Potter became "The Boy Who Lived," he was merely a baby living a (relatively) normal life in Godric's Hollow. That is, before Wormtail betrayed the Potters by revealing their location to Voldemort. Lavenham Village poses as the Godric's Hollow seen in the films, though the Potters' house is located on the studio sets.

Finally, the motherlode of all Harry Potter filming locations: Leavesden Studios, where all of the movies were actually filmed. Here, you can wander the sets of Diagon Alley, the Great Hall, the Gryffindor Common Room, and see the exteriors of iconic buildings such as 4 Privet Drive, the Potters' house in Godric's Hollow and more. I was able to visit two years ago, and I'd be lying if I said I didn't shed a tear walking through the Great Hall for the first time.