Things To Do In Toronto This Thursday, Friday, Saturday, Sunday 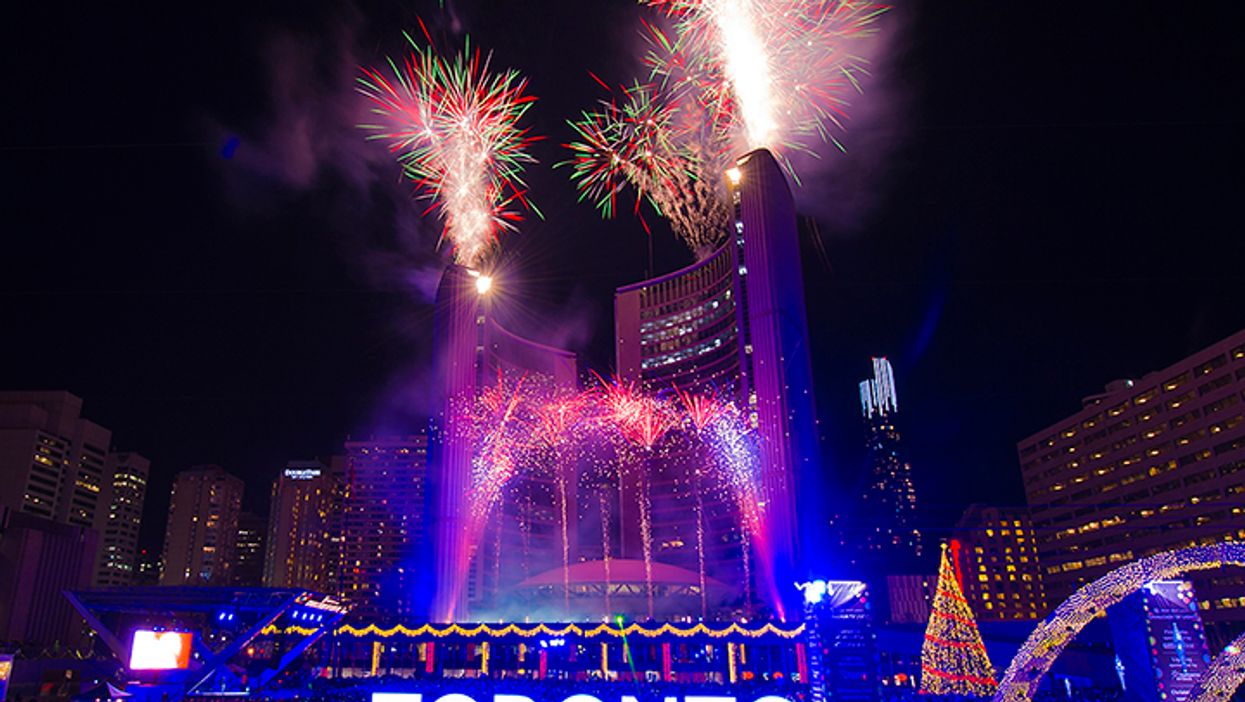 It's time to get out of hibernation, Toronto.

The winter season may be well on its way now, with temperatures dropping below zero and more snowfall than usual forecast this season. But just because the summer is over doesn't mean the fun has to end.

Sure, patio season might be over, and the time for outdoor music festivals is long gone, but The 6ix is still brimming with things to do - especially this weekend. From A-lister concerts to christmas fairs and skating rinks, there's a bit of everything in store this weekend.

So pull yourself out of bed, get out of your pj's and check out these must-see events. Don't want to be outside in this dreary weather? You're in luck. Most of these events are indoors so you can stay toasty warm.

One of a Kind Christmas Show

Think handmade this holiday season! This sprawling show featuring over 800 artisans and designers to shop from. Tickets are $15 and can be bought here.

Jay-Z will be gracing the Air Canada stage tonight (November 22nd) at 8:00pm and again on Thursday at 8:00pm. Tickets are still available and, if you're willing to sit in the shittiest seats in the house, can be bought on Ticketmaster for a mere $39.

Where: The Royal Cinema, 608 College St

Nothing says "Merry Christmas' quite like a gory, bloody film festival. Blood in the Snow Canadian Film Festival features the best of Canadian horror, genre, and underground filmmaking. Tickets range from $11-$105 and are available here.

The Oasis bandmate has gone solo on his world tour, and he's stopping by Toronto on Thursday. Tickets are still available at Ticketmaster here, and purchases include a copy of his new album.

Everything To Do With Sex Show

Where: The International Centre, Mississauga

Fairmont Royal York Hotel’s Tree Lighting Ceremony takes place this 11:30 a.m. – 12:30 p.m. in the hotel lobby. The event is free, and kids (or kids at heart) can get their photo taken with Santa and enjoy performances by the Candy Cane Carolers from the Distillery District’s Toronto Christmas Market.

No, they're not re-filling the aquarium's tanks with whiskey. Ripley's Aquarium wants you to take you back in time to the Prohibition era as it redecorates itself with rustic, whiskey filled bars for this 19+ event. Waves and Whiskey will start at 8:00pm and costs $28. Tickets can be bought here.

The Gentlemen's Expo is back on Friday and it's bringing the best in style, tech, music, sports, grooming, sex, food, drinks, gaming, health and more. Tickets are $25, but if you're bringing friends, they're currently offering a 4-for-3 deal.

Christian Dior at the ROM

In celebration of the House of Dior’s 70th anniversary, Dior’s creations that revived the entire Paris haute couture are being explored at the ROM. Entrance to the ROM and the Dior exhibition come in at $28 and can be bought here.

This annual tradition features the first illumination of Torontos official Christmas Tree, live music, an incredible fireworks show and skating parties on the iconic outdoor rink. And it's all free!

If you want to sample delicious Scandinavian food and have a drink of glögg, this is the place to do it. Entry is free and you can warm up with some folk dancing, craft making or carol singing.

If celebrating the holidays with booze is your kind of thing, then join Black Oak Brewing in a day filled with local handmade goods and gifts inspired by the craft beer industry at Black Oak Brewery. Admission is $10.00 and includes 1 beer token, with 50% of admission being donated to local charity.. 18 years and younger admission priced at $5.00. The event is open from 11:00am until 6:00pm.

Everyone's favourite market of the year is back, and it's bringing enough food to fill Santa's sleigh 10 times over. Chocolate, beer, Christmas-themed treats and cozy meals will be available from dozens of stalls in the Distillery District. Get ready to stuff your face with hot cider, shortbread, sausages and peppermint-flavoured goodies.

A festival entirely dedicated to chocolate? Yes please! The Toronto Chocolate Festival features the delicious cacao treat in all its mouthwatering forms, and you can try them all in chocolate tastings, chocolate making exhibitions and chocolate eating contests. Get more info here.

What goes better with yoga than an ice cold glass of beer? Bring your mat for Steam Whistle Brewery's Yoga Untapped: Movember session at the brewery. The class - from 10:00am until 11:00am - costs $15 and includes door prizes. After class, enjoy a complimentary tour and taste at Steam Whistle. All proceeds will be donated to Movember Canada. More info here.

"Best New Pop-Up" winner Leslieville Flea is a curated, monthly market selling vintage and salvaged goods, furniture, antiques, handcrafted gifts and pretty much everything else. Entry is always free and the holiday market is open from 10:00am until 4:00pm.