For a frightening adventure. 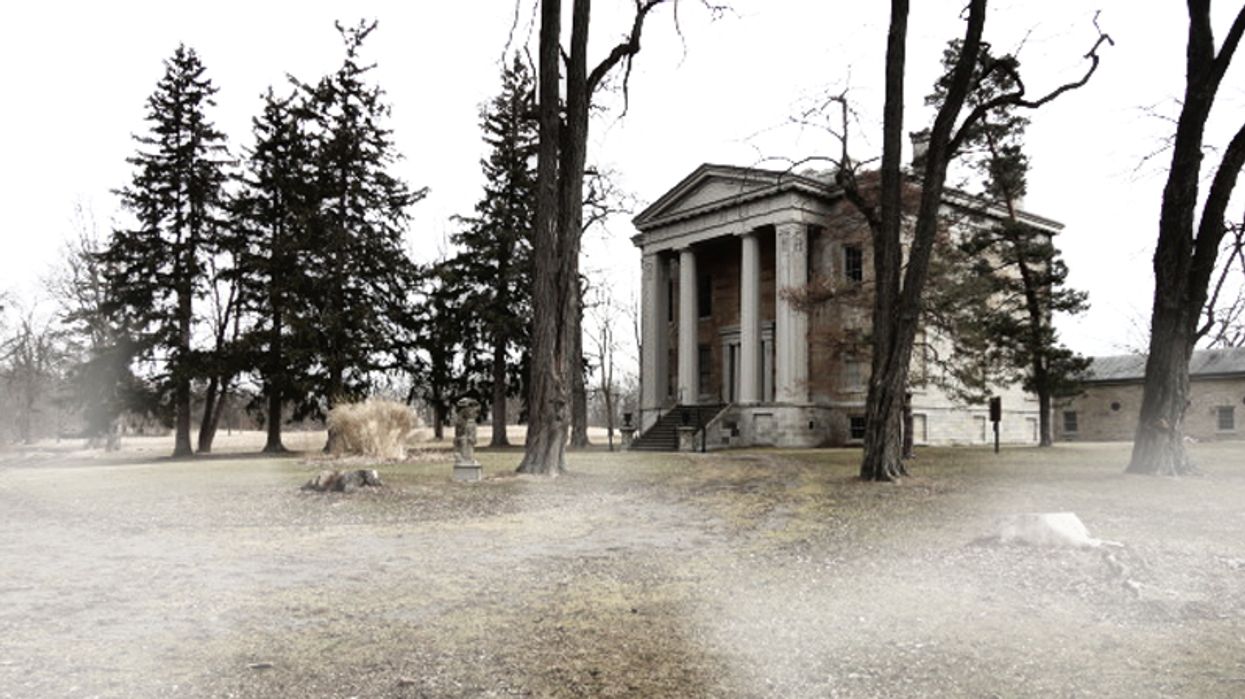 Ontario’s history is laced with a surfeit of dark events that lends it character and dimension. Bone-chilling stories of the past continue to be told today, and several eerie remnants of them remain scattered across the province.

One area where such evidences are still seen is that of Indiana, Ontario: a once-thriving mid 19th century town that is now a faded ghost town. In the 1830s, it was occupied by a rich family known as the Thompsons, who initially moved there to invest in the area.

The town profited from a booming lumber transportation business as it was located near the Grand River. When train systems that bypassed the town were built in later decades, the town’s economy began to suffer, causing people to seek jobs in more prosperous towns like Hamilton and St. Catharines. By 1861, the Grand River Navigation Company went completely bankrupt, and the town itself slowly became abandoned.

Today, all that remains there is Ruthven Park, where the Thompson Mansion still stands. The park is also a hotbed for ghosts, as there also remains a haunted graveyard within the park grounds.

A popular ghost story about the town involves the spirit of a deceased girl nicknamed Little Bessie, who suffered a painful Diptheria-related death in the 1800s. The ghost of Little Bessie is said to still haunt the grounds of the Thompson Mansion, with past visitors claiming to have seen her sitting creepily at the top of the stairs in the main corridor.

The Lower Grand River Land Trust Inc. currently owns Ruthven Park and works to maintain the historical components of the area. This year, the park grounds are open from October 10 to May 18, 2018. Admission is $10 per person, and proceeds go towards the conservation and maintenance of the property.

As for the ghost walks, several third party companies give tours at Ruthven Park. Check out these options (some may not be available this year):