The Yukon hunting trip he took with his girlfriend definitely didn't sit well with fans. 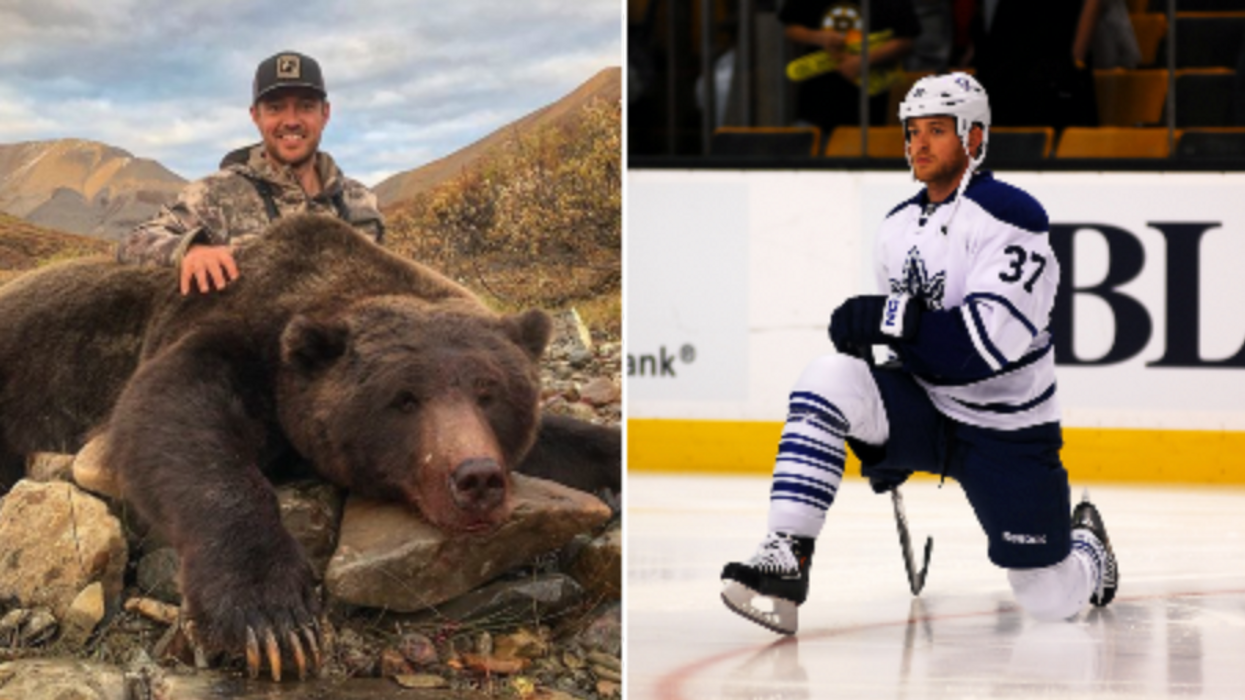 Hunting: it seems like an activity that only ever really happens in the States. Every so often you'll see an American of some sort posting on social media about the latest lion or giraffe they had hunted in Africa. While it's off-putting for many, there is a real market for this kind of 'sport', and unfortunately, it seems it's just as present in Canada as it is in the United States. This rude awakening came about this week when an ex-NHLer went on to document his entire hunting trip online.

Tim Brent, who used to play for teams ranging from the Anaheim Ducks to the Toronto Maple Leafs and Chicago Blackhawks, took to the Yukon with friends as well as his girlfriend in late August. Up until the 16th of September, Brent kept his Twitter users updated on his hunting trip, including some pretty graphic snaps of the animals he killed:

Alright folks, here is my Mountain Grizzly! We put an awesome stalk on him but he spotted us at about 75 yards. Instead of taking off he turned and came right at us. It was very easy to tell this boar owned the valley we were hunting in and wasn’t scared of anything! When he… pic.twitter.com/CkgybKe5Mc

MY YUKON MOOSE I am absolutely humbled by this animal. We all have times we hunt hard and don’t get rewarded, and then every once in awhile we get lucky and are in the right place at the right time (having a pretty awesome father-in-law doesn’t hurt either!). The stars defi… pic.twitter.com/UXvA0CbnUw

The animals Brent caught ranged from a bear, moose, elk and wild boar all hunted and killed during his stay in Yukon.  While Brent was clearly very excited about his "haul," many Canadians, including hockey fans were quick to dispute the man's idea of a fun trip.

Shame a Lion doesnt come up behind them, smile at that

You poor horrible excuse of a human being ! You throughly disgust me

Though many were quick to come to the ex NHLer's defence, claiming that both Tim and his girlfriend Eva hunt for "food not just sport." Tim went on to prove that by posting a snap of his fridge citing it as "one of the many reason [he] hunt[s]."

If anything positive came out of this situation, it's that more Canadians are aware that serious sport hunting does happen in Canada. Though it's definitely more present in the territories than anywhere else in the country. It's surprisingly common for people to take a trip up North to hunt during the legal hunting season.

Regardless of where you stand on the legal hunting debate, it's safe the say the images Brent posted were definitely a little too graphic for Twitter. Especially considering how many times he tweeted graphic photos, Brent really shouldn't be surprised he got that heavy of backlash.