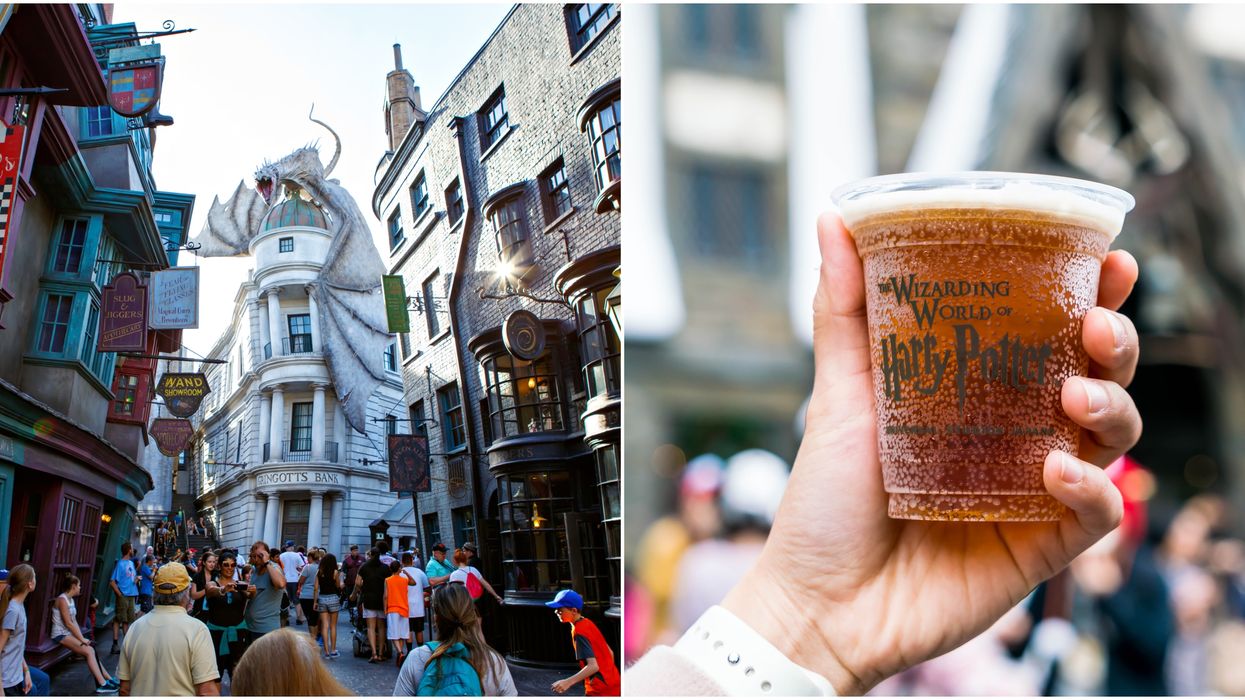 All you Potterheads out there are going to be over the moon about this new festival that's happening this spring because it's all about Harry Potter and beer, butterbeer that is! A Harry Potter themed festival is taking place this spring and it's actually just a road trip away from Ontario. If you don't mind spending more than a few hours in the car, you'll be glad you went because it's going to so worth it!

Escape to the Wizarding World of Harry Potter with Rock Star Beer Festivals as they transform various cities across the US for a seriously magical event called 'Wizards and Witches Beer Festival'! The closest city to Ontario that will be hosting the festival is Indianapolis which is an 8.5-hour drive.

If you're up for the drive, Indianapolis will be hosting two night of the event on March 22nd and 23rd at the Historic Indiana Sanctuary. The entire space will be transformed to match the Wizarding World complete with the Hogwarts Great Hall, Diagon Alley, and the Leaky Cauldron!

The event is all about beer so you can expect to taste over 20 winter, pumpkin, and holiday ales including Snape's Lair of Secret Cider Potions and Adult Butterbeer!

Tickets to the event cost $35 until the price changes on February 8th. Remember though, this event is in the US so it is 21+ to enter. From 6:30-10:30 pm you can taste as many butterbeers as your heart desires, take a photo op with Hagrid and other characters from the movies, food will be served throughout the night and live music from the Slytherin Sisters and DJ Dumbledore!

Other cities that will be hosting the same event include Denver, Portland, Seattle, Las Vegas, Phoenix, Louisville, Austin, and San Diego. Louisville is just a little bit further from Ontario as well!

Check out their Facebook event for more information and to buy your tickets!