The TTC is looking up! 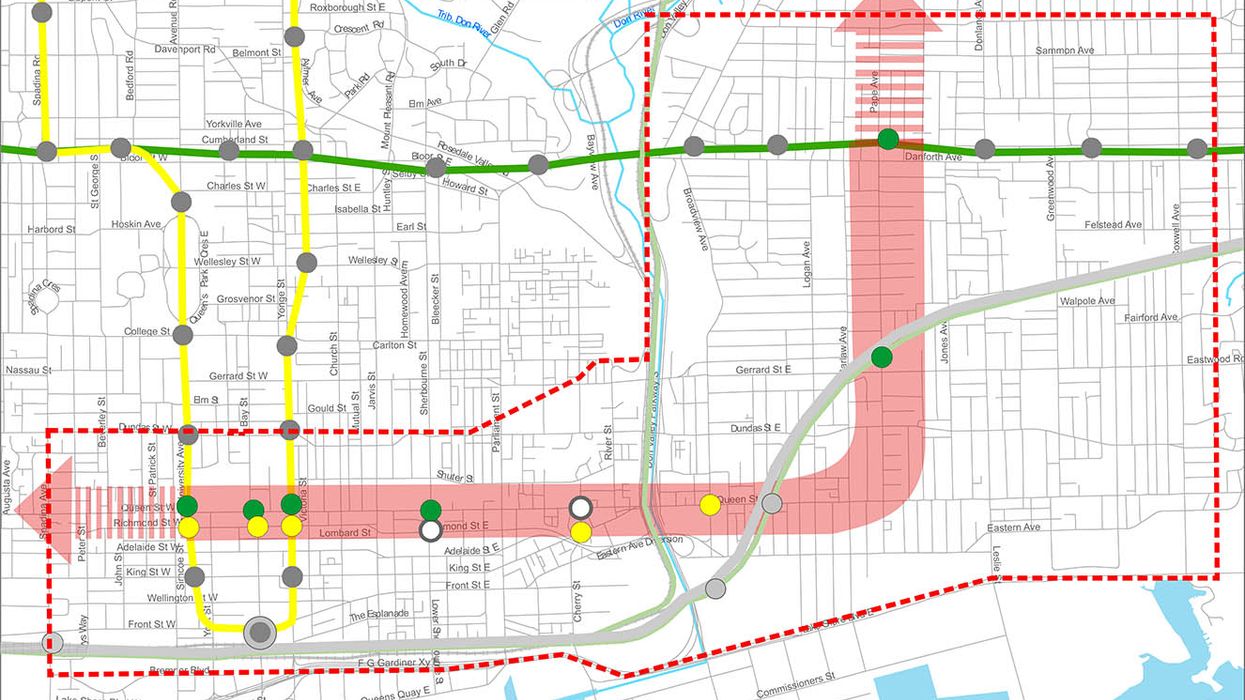 The Toronto Transit Commission has been working on developing a a future rapid transit relief line that will "connect downtown Toronto to the Bloor-Danforth Subway" in the east. The massive project is intended to provide a solution to crowding on the Yonge Subway line and to give TTC riders in the east end. more travel options.

READ ALSO: 12 Places To Go On A Date Half-Naked In Toronto

Just yesterday, documents were released at a public meeting at the Scarborough Civic Centre that showed a map of the preferred route for the relief line. The map is a combined representation of the preferences of both TTC customers and staff.

Essentially, the new route would run south on Pape Ave from Pape station, round a curve slightly south of Queen St E, then run west on Eastern Ave and eventually onto Queen St. The relief line has eight proposed stops; two of which are interchanges at Osgoode and Queen Stations on Line 1, and one of which is an interchange at Pape Station on Line 2.

This preferred alignment is said to be the best option for optimizing rider travel options, reducing congestion, and encouraging economic growth in the city. The first phase of this relief line is said to cost a potential $3.2 billion.