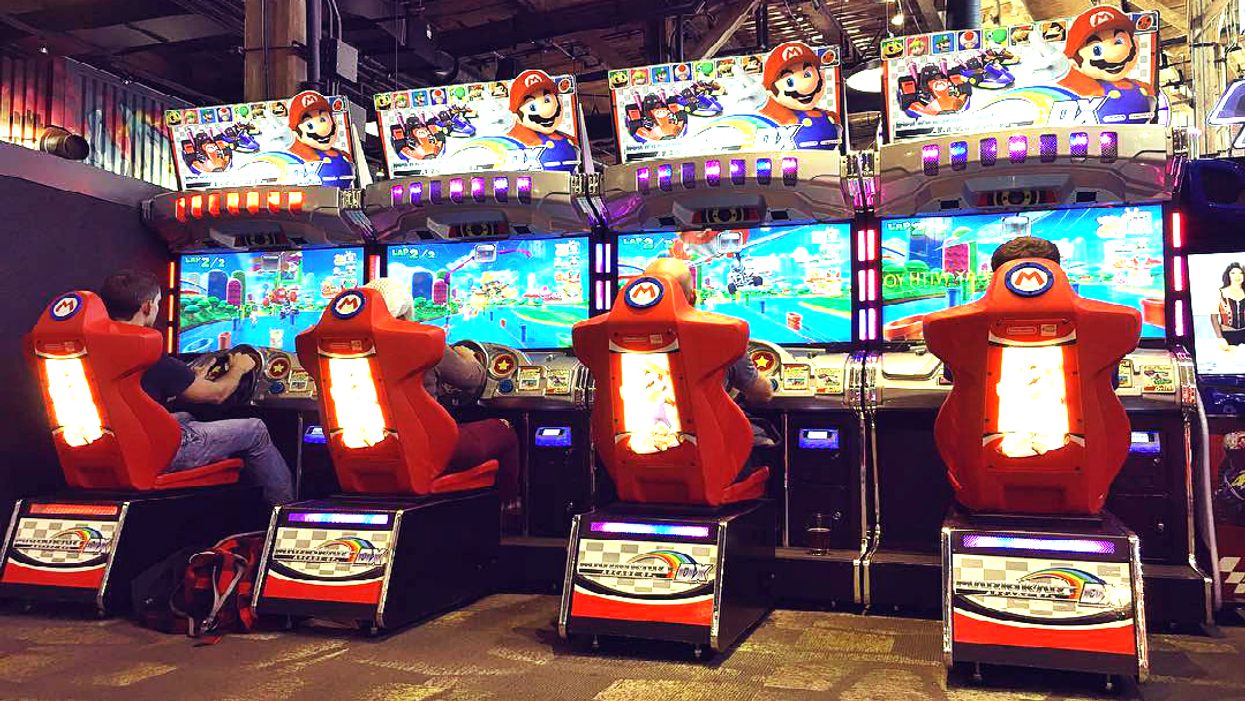 This past summer, it was announced that Niagara Falls would soon be home to a Mario Kart-style go kart track, which would feature an awesome multi-storey corkscrew and epic downhill.

Testing of the track is currently underway, but the track won’t officially open until spring of next year. Until then, Mario Kart fanatics can pass the time with another awesome alternative - a Mario Kart Arcade.

Mario Kart Arcade GP is the only arcade iteration of the classic Nintendo game. The system elevates the Mario Kart experience to a new level, as players will be sitting in actual kart-like machines instead of using controllers.

Of course, the original game’s random selection of power-ups are also featured in the arcade version, so you can still irritate your friends with those pesky banana peels and blue shells.

In Toronto, you can find Mario Kart Arcade GP at the recently opened Cineplex Rec Room, or at various Playdium centres across the GTA. You can race up to four people, choose your favourite classic characters, and drive on multiple courses.

Share this article with a friend you have a score to settle with!