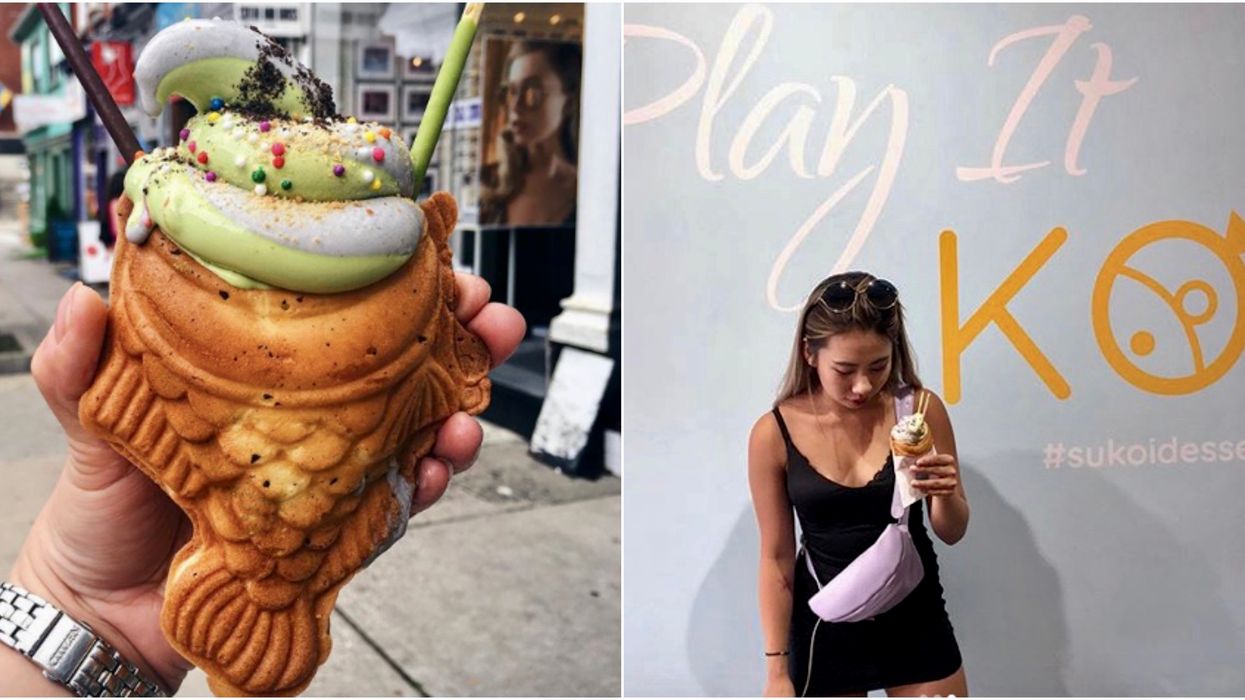 Sometimes the best thing about ice cream is the way that they’re served, and Toronto has endless places with creative ideas.

From the ice cream tacos at Booyah to the doughnut cones at Eva’s Original Chimneys, the city is filled with ice cream-dedicated shops that make eating it both tasty and Insta-worthy. Now, another one that's about to be added to the list is Sukoi Desserts.

READ MORE: 29 Bucket List Ice Creams In Toronto You Have To Try With Your BFF After officially opening on August 15th, this Toronto cafe is gaining attention for it's soft serve taiyaki. Taiyaki, a popular Japanese cake that is adorably fish-shaped, is also traditionally filled with red bean paste made from azuki beans.

Excited to bring the tradition to the Toronto, the idea of Sukoi Desserts came from the Japanese word “Sugoi”, which means ahhhhhhmazing in English. If that still isn't enough to convince you how awesome this place is, then I'm not sure what else will. Currently, the menu only has two flavours: Matcha and Black Seseme. In terms of the filling of the cone, you then have three options: Red Bean, Custard, and always-perfect Nutella.

The options for toppings is when things get a little more crazy - with Oreo crumbs, graham cracker crumbs, sprinkles and pocky sticks, you’ll be sure to find something to cure your sweet tooth cravings while also grabbing an Insta-worthy snap. Located on Queen Street West, the shop is open until 10 pm seven days a week. For more information, you can also check out their official website.

A press release states that on Father's Day, on June 20, residents won't have to pay to use the parks during the day.