This Ontario Election Ad Is The Most Extra Thing You'll Ever See... Literally (VIDEO)

This politician is really going above and beyond - or should we say below... 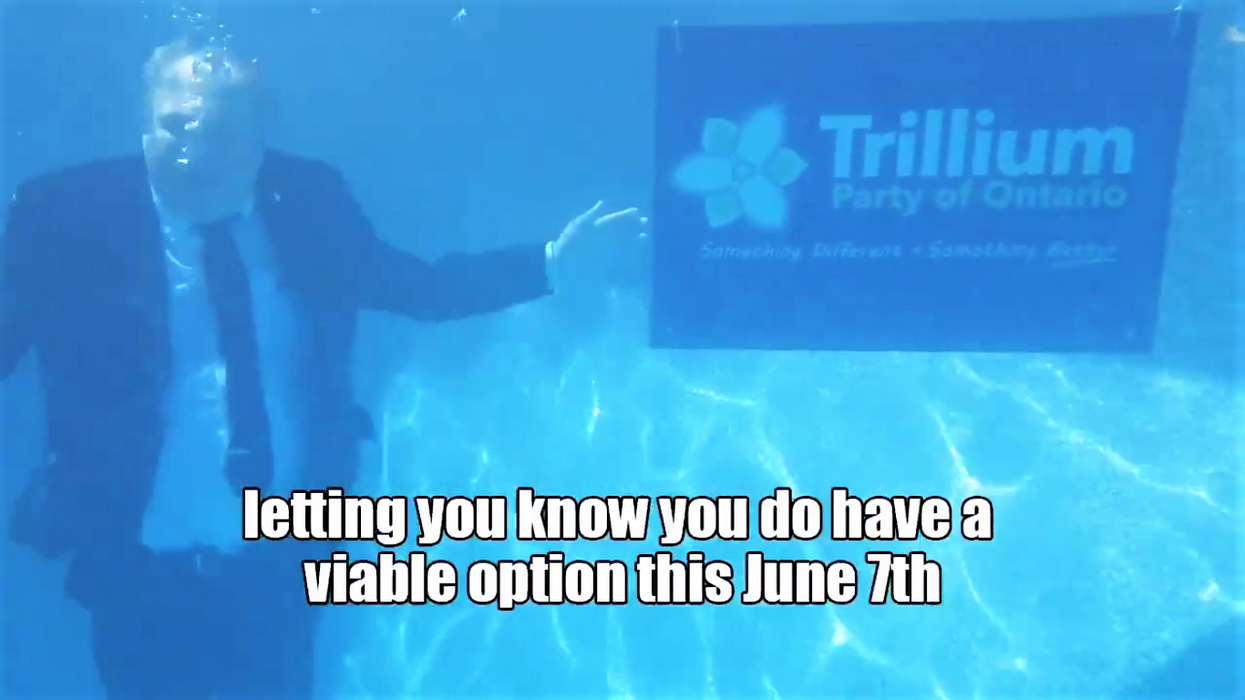 With the Ontario election only days away there have been a lot of campaign ads out there. We have seen Kathleen Wynne's morning runs, Doug Ford constantly reminding us that he is "For The People", and Andrea Horwath on her quest to make "change for the better". But amidst all the promises and attack ads from the big three, one politician is stepping out of the the box.

Bob Yaciuk is the leader of the Trillium Party. Yesterday on Twitter he posted the most extra campaign video this election has ever seen.

Do you feel like you're DROWNING this election trying to decide which is the less of two evils? Take the PLUNGE with Bob Yaciuk and the #TrilliumParty on June 7th to bring #SomethingDifferent and #SomethingBetter to #Ontario!#onpoli #onelxn #OntarioVotes #PCPO #OLP #NDP pic.twitter.com/l7v6gfqFXh

We can't decide what our favourite part is. Whether it's the bad video quality, all the water puns in the tweet itself, or the typo at the very beginning when the captions mix up debt with the word dept. Of course we can't ignore the fact that Bob is underwater the entire time.

Some people are calling the video creative while others are saying it is completely off the rails. One thing everyone can agree on though is that it's memorable.

The Trillium Party has been around since 2014 and Bob has been their leader since then. He is also their candidate in the Newmarket-Aurora riding.

The party has candidates in many ridings across Ontario, including three Brampton ridings, five Scarborough Ridings, and other places like Kingston, Ottawa, and Oakville.

When it comes to policies, the Trillium Party tends to align somewhat with the Conservatives, but one thing is for sure, their campaign ad is nothing like we have seen from the PCs.