Let off some steam. 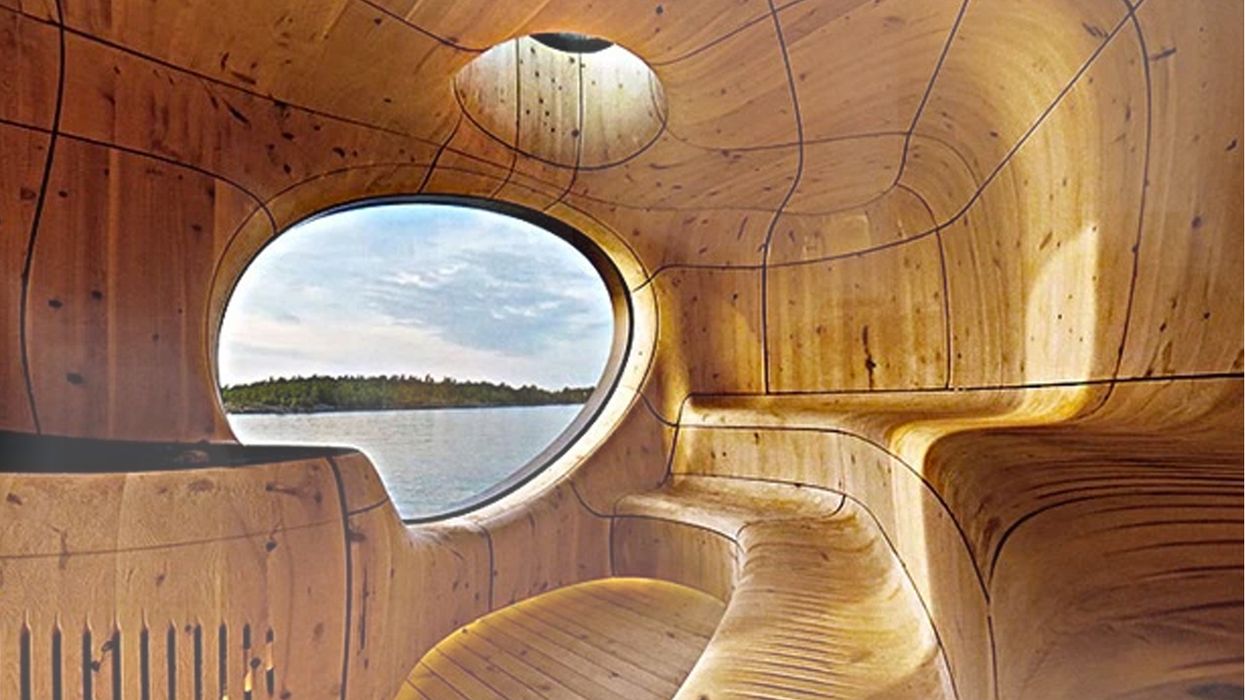 With the cold weather already in effect in Toronto, several people are looking for places to stay warm this winter season. In Ontario, there's one place that offers a unique escape from the cruel, chilly temperatures.

READ ALSO: This Massive Holiday Lights Tunnel Is Only 2 Hours Away From Toronto

The Grotto Sauna is a finished project produced by the Toronto architectural firm Partisan. It's been called the "World's Most Beautiful Sauna" by HGTV and has won several design awards, including a prestigious Architizer A+ award back in 2015.

The sauna is situated on the rocky shores of a secluded Georgian Bay island in northern Ontario. Inspired by an Italian grotto, the design "pays homage to the extremities of the northern Canadian landscape." The 800-square-foot structure is built from charred cedar that was prepared using a Japanese "Shou Sugi Ban" method. The beautiful curved interior was also made to represent the waves of Lake Huron and the rocky undulations in the Precambrian shield.

Despite all of the attention the sauna has received online since its completion, it remains to be a fairly private venue. While it's still open for people to visit, only a few people have actually gone to it in person because of its rather remote location.

Nevertheless, for those who seek solace from the unforgivingly frigid weather that has arrived, the Grotto Sauna makes for a perfect escape from all of it.