Everyone showed up to the new Toronto cafe, even Greenpeace. 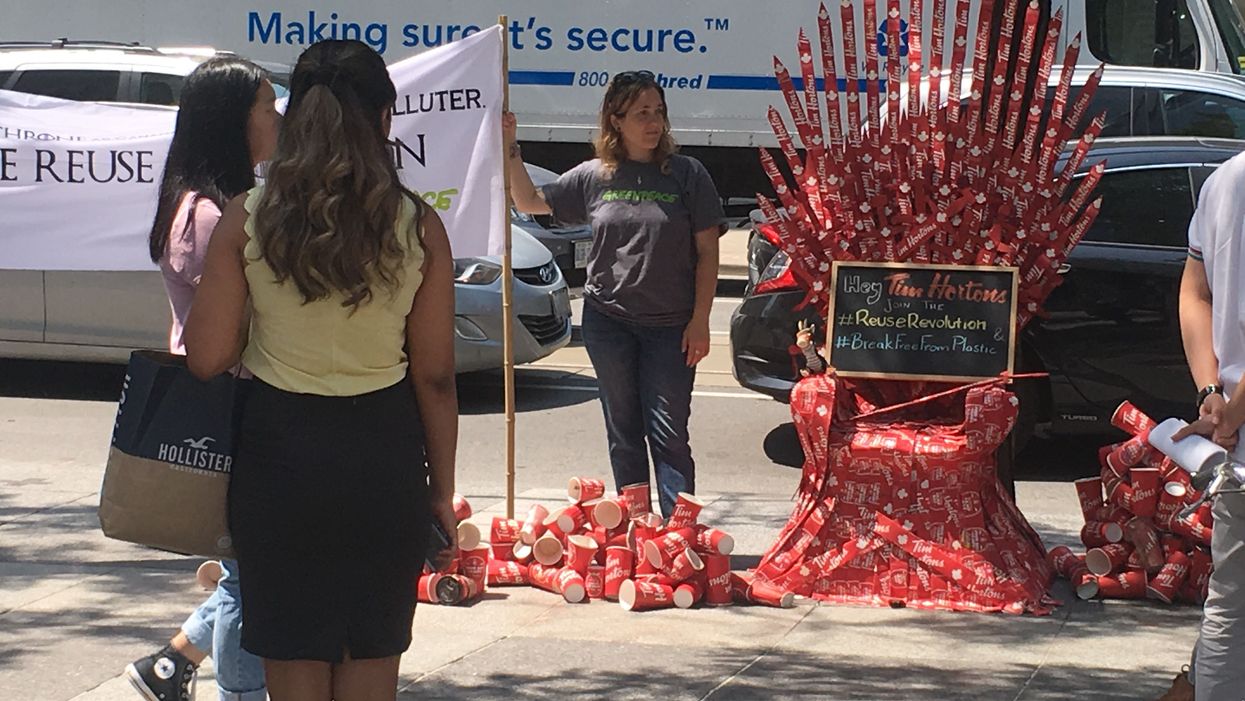 Canadian coffee lovers were introduced to a whole new Timmies on Thursday morning. Toronto's new Tim Hortons innovation cafe held its grand opening at 130 King Street West. The store is located at the bottom of the Exchange Tower near the intersection of King and York street.

The restaurant created quite the buzz over the last couple of weeks, so it was no surprise that a massive line up formed outside of the new cafe shortly after it opened at around 9 a.m.

Based on the photos and videos, it appears that at one point in the morning, the line stretched all the way through the concourse and out the front door:

Coffee lovers weren’t the only ones turning up for the restaurant’s grand opening. A band of Greenpeace protesters set up camp outside of the booming café to push back against Tim Horton’s use of plastic cups.

The protest had a 'Game of Thrones' motif. Except instead of the iron throne, it was the plastic throne and instead of Jon Snow battling Cersei, it was Canadians battling pollution:

Next up, on Shame of Thrones! The biggest plastic polluter is crowned the trash king. 👑 @TimHortons - Time to abdi… https://t.co/xPdBQ6ORbb
— Greenpeace Canada (@Greenpeace Canada)1564077065.0

The souped-up café features all the typical aspects of a “specialty” coffee shop, including single-origin beans, top of the line espresso machines, manual pour-over, Aeropress and of course, cold brew.

The new location also serves several dairy alternatives including, almond, soy, coconut and oat milk, all drinks are served in a glass cup or a mug.

Anyone looking to fancy up their coffee intake should definitely head on down to King Street and see what the upscale Timmies has to offer.