Kaberle's wife Julia owns a restaurant in the 6ix. 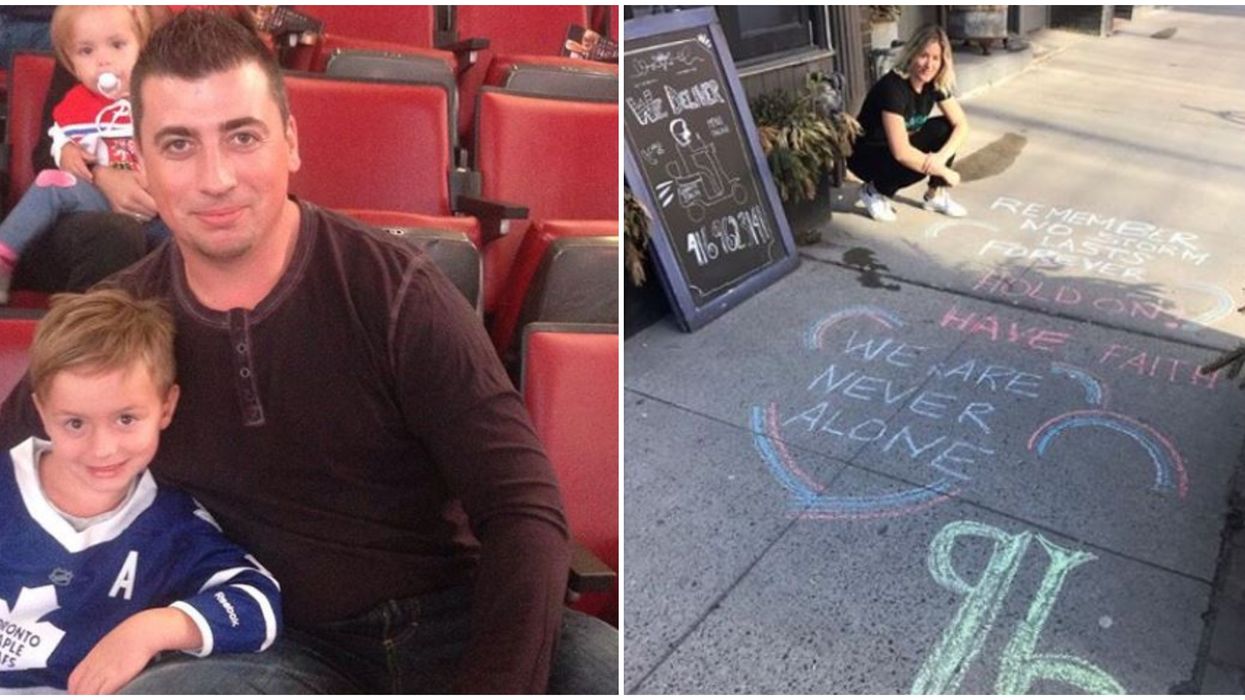 Now, this is a feelgood story. Former Toronto Maple Leafs Tomas Kaberle is helping out amid the COVID-19 pandemic by delivering takeout orders from his wife's restaurant. The retired Czech player has been surprising fans by showing up at their doors and it's ridiculously wholesome stuff.

He remains a cult hero of sorts among many fans and he and his family live in Toronto to this day.

His wife, ​Julia Kaberle, is the co-owner of Quanto Basta, located on Yonge Street near the Rosedale area of the 6ix.

And, with Ontario restaurants operating a eat-out-only policy right now in accordance with health advice, Tomas has been pitching in.

"It's a family-style restaurant. And, you know, at the same time, I like to think of all the customers like a family," Kaberle told CBC's "As It Happens" radio show on Friday, March 27.

"It's kind of fun. If I can make them laugh at this time, whatever it takes."

"I've got repeat customers asking for me, which is just funny," Kaberle added.

"One of our customers, I made their son laugh and made their day, and stuff like that. So that makes me happy."

Kaberle adds he's been happy to stop to snap photos and have a natter with fans.

Only within reason, though. After all, he has a business to help run!

Sensibly, he's not offering autographs due to social distancing.

Still, having a Stanley Cup winner show up on your doorstep sounds pretty wild, even if he did win it with the Boston Bruins. He didn't win a trophy with the Leafs, of course, no need to explain there.

Kaberle noted in a caption on an Instagram post this week that his sister is immunocompromised, which added to the compulsion he felt to help out Toronto and its residents in some small way.

It seems he wasn't super keen at first, though. At least, according to Julia.

"He didn't really offer. I kind of pushed him a little bit," Julia told "As It Happens."

"I said, 'Please, can you help us out? It's getting so busy.' And he said, 'Absolutely. You know, anything to give this a go."