Well, when there's no sports... 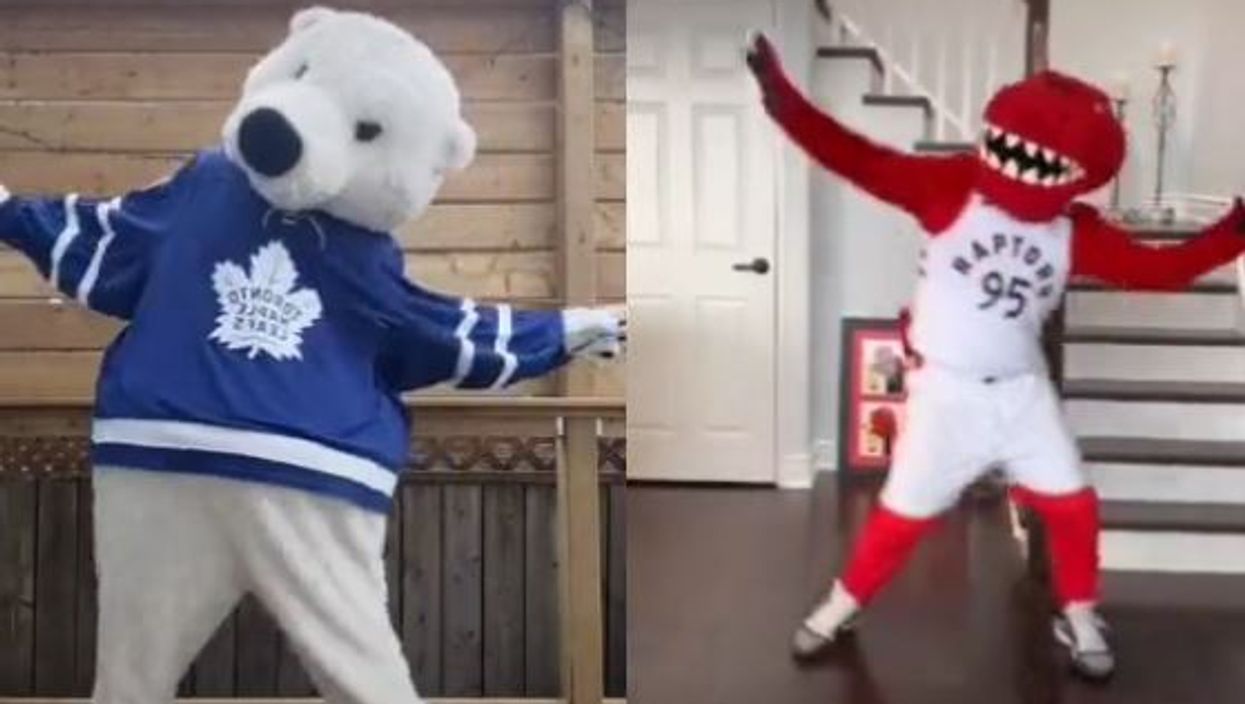 While we spend our days inside, finding ways to entertain ourselves seems to be a daily task. But now, thanks to Drake, we can now all hop on the latest trend sweeping the world. The "Toosie Slide" TikTok craze is alive and well, and even Toronto's sports team mascots are joining in the fun.

Drake's new music video, "Toosie Slide" dropped on Friday, April 3. As well as giving us another insight into his ridiculous home, he also instantly created a new dance, perfect for those of us who are stuck inside with itchy feet.

The dance has only existed (publicly, at least) for a few hours ago but, of course, it's already a thing on TikTok.

After all, the dance is easy enough to do, and Drake even sings the steps in the song.

If you thought his "Hotline Bling" moves caught on a few years ago, this is another whole level.

Anyway, the "Toosie Slide" is already sweeping the internet, and with no teams to cheer on right now, even the Toronto Raptors and Maple Leafs mascots are catching the wave.

The verified mascots.to account shared a video on Friday of The Raptor and Carlton the Bear's versions of the dance split side-by-side and it's some much-needed wholesome content right now.

As for which of them does it better, we can't possibly pass judgement. We'll call it a draw.

What we will say, though, is The Raptor's subtle reminder of his team's championship win might give him the edge. Yes, we noticed the frame in the background.

Either way, it seems the Raptor and Carlton are doing their best to stay as entertained indoors as their teams' players are.

Although it might not be the "Toosie Slide," the Raps' Rondae Hollis-Jefferson also shared his dance skills on TikTok.

Meanwhile, for other players like Serge Ibaka, dancing isn't part of the routine. Instead, it's all about how he works out while he's unable to head to the gym.

Other athletes are making the most of staying indoors and spending more quality time with their significant others, none more so than Canada's new sweethearts Morgan Rielly and Tessa Virtue.

Mo and Tessa seem to be taking a leaf (don't hate us) out of Ibaka's book, though, as they're spending their time working out in Vancouver.

It's not sports, but it will do for now.