Get them here, fast. 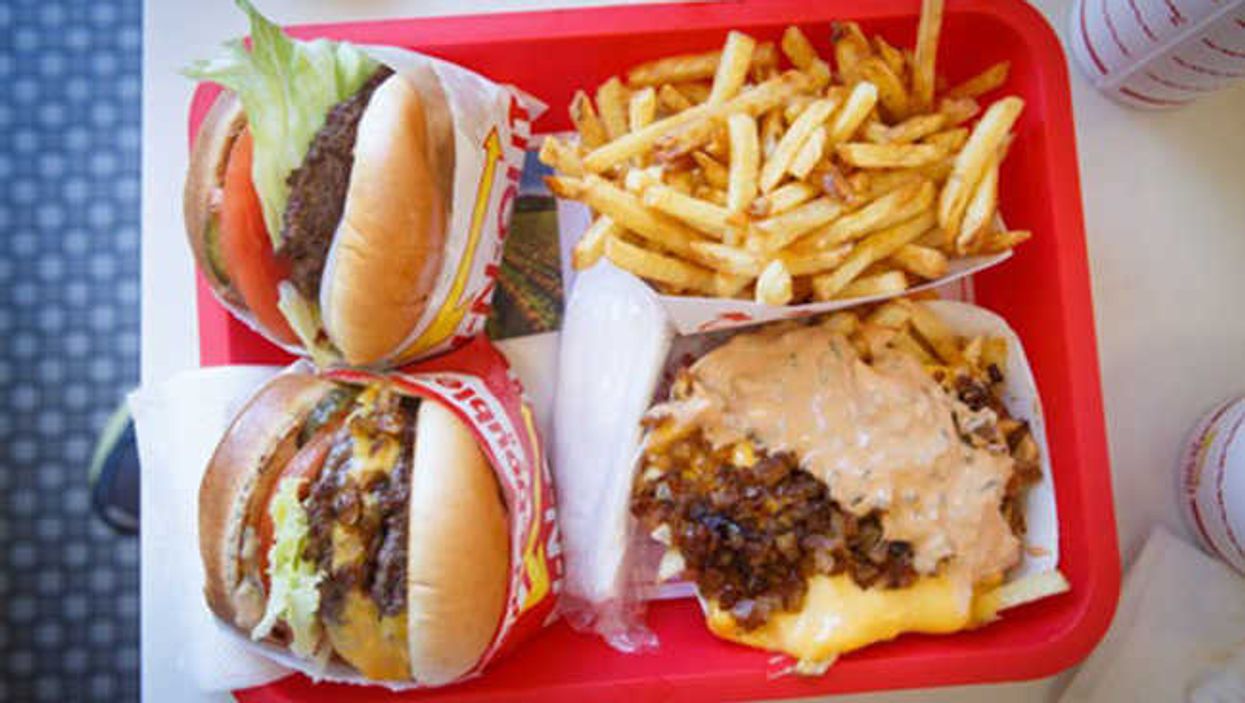 Toronto has a magical food scene. Whatever kind of cuisine you're looking for, no doubt there's a spot in the city that will satiate your craving, no matter how esoteric. Still, there's always room for improvement, and TO does lack some seriously amazing fast food restos that really should be in the city. Like, right now.

To give you a sense of what TO is missing out on, and should have ASAP, here are the top 10 fast food restaurants that Toronto needs now, chosen, as per usual, solely based on our own whims.

At the top of the list is California's premiere burger joint, In-N-Out Burger. Famous for their simple yet delicious burgers and their not-so-secret "secret menu," In-N-Out is what is missing from the Toronto burger scene. No frills, just good burgers made right. The option of getting a 4x4 or 20x20 burger is an added boon. The city got a taste of In-N-Out a few weeks ago with a one day pop-up shop, which met with massive success, so lets hope the burger chain pays heed to the hungry population of Toronto and permanently expands.

Another hot dog place on this list? I'd cry shenanigans too, if I didn't already know that Japadogs is far from your standard hot dog joint. As the name suggests, Japadog does hot dogs "Japanese style," meaning they may hot dog creations a Western mind would never be capable of dreaming up. Tempura, yakisoba, shrimp chili, and even deep fried ice cream are only a few of the far out flavours at Japadog. TO won't know what hit it.

Anyone who's been to Montreal may have seen this unique burger chain where the most interesting aspect is their buns. Instead of your standard burger bread, Dic Ann's uses a fluffy pancake to hold their beef, which perfectly absorbs the chili-esque spicy sauce that douses each patty. Being from Montreal, you know they make a great poutine, which is also topped with their signature spicy sauce. Toronto already has a legit poutine and burger selection, but more never hurts. Well, maybe your waistline.

Macaroni and cheese is the quintessential comfort food, loved by all and hated only by health freaks or the cold of heart. You can find M&C in many Toronto establishments, but none do it like New York's S'MAC. Open late on weekends, this macaroni & cheeserie (yes, that is a made up term) would make TO much more cheesy with their creative mac-creations, which includes a build your own mac and vegan options too.

Toronto has street meat on-lock, no arguing that, though no vendor does dogs quite like Nathan's Famous. Renowned for their all beef, chili, and chili cheese dogs, Nathan's also boasts the awesome addition of crinkle-cut french fries, which can also come in all of the aforementioned flavours, and bacon ranch too. A chili cheese dog with chili cheese fries sounds like the kind of meal any Torontonian can get behind. You know, except the vegan/vegetarians.

Kind of like the Popeye's of seafood, Long John Silvers would fill the fishy void in Toronto's fast food scene that is only filled by places like Red Lobster at the moment. Unlike RL, Long John Silver is a legit quick service takeout, meaning you don't need to sit at a table, meaning you can gorge on battered fried fish in the comfort of your own home, eating it as fast and grossly as you like with your bare hands, just as God intended.

A major player in the UK, Spudulike is essentially a baked potato place, which sounds kind of boring, until you remember that baked potatoes are amazing, especially when filled and topped with decadent ingredients. Taking baked potatoes well beyond butter, chives, and sour cream, Spudulike offers a potato sack of options, including chicken tikka, chili, and the kind of strange pickle and cheese flavour. TO could use a trendy new spot to carb-load, and Spudulike can do that no problem.

Say what you will about Leslie Knope of Parks and Rec (though it better be only good things because she is amazing) but the woman has her meal priorities set the straightest of any TV character besides Ron Swanson. Namely, that breakfast food is the best food, and waffles are the best of the best. That's where Wafflehouse would come in, a resto devoted solely to the mighty waffle. Everyone in TO is addicted to brunch, so another resto would not hurt, and one specializing in all things waffles is sorely needed. What if Leslie ever came to visit? I am, of course, assuming Leslie Knope and Amy Poehler are one and the same person, which they are...right?

Toronto does not need any more fried chicken. KFC and Popeye's handle that well enough, or, as is probably more truthful, just enough. El Pollo Loco, while being a chicken joint, doesn't do the fried stuff, and instead makes Mexican chicken dishes, including whole chickens, burritos, bowls, enchiladas, and the Ultimate Double Chicken Stuffed Quesadilla, which simply sounds amazing.

Rice pudding is one of those love or hate it desserts, but when you love it, dayummm can it be oh-so-good. Creamy, carby, and not too sweet, rice pudding can really hit the spot when you need a sugar fix, and no chain does it better than Rice to Riches. Rice to Riches is stocked with a devilish assortment of flavours (everything from vanilla, to french toast, to pumpkin pie) that will sure to please any Torontonian who loves their rice pudding.