A Mysterious Black Bear Sighting Was Reported In A Toronto Park On Thursday, Say Police

This is, erm, alarming. 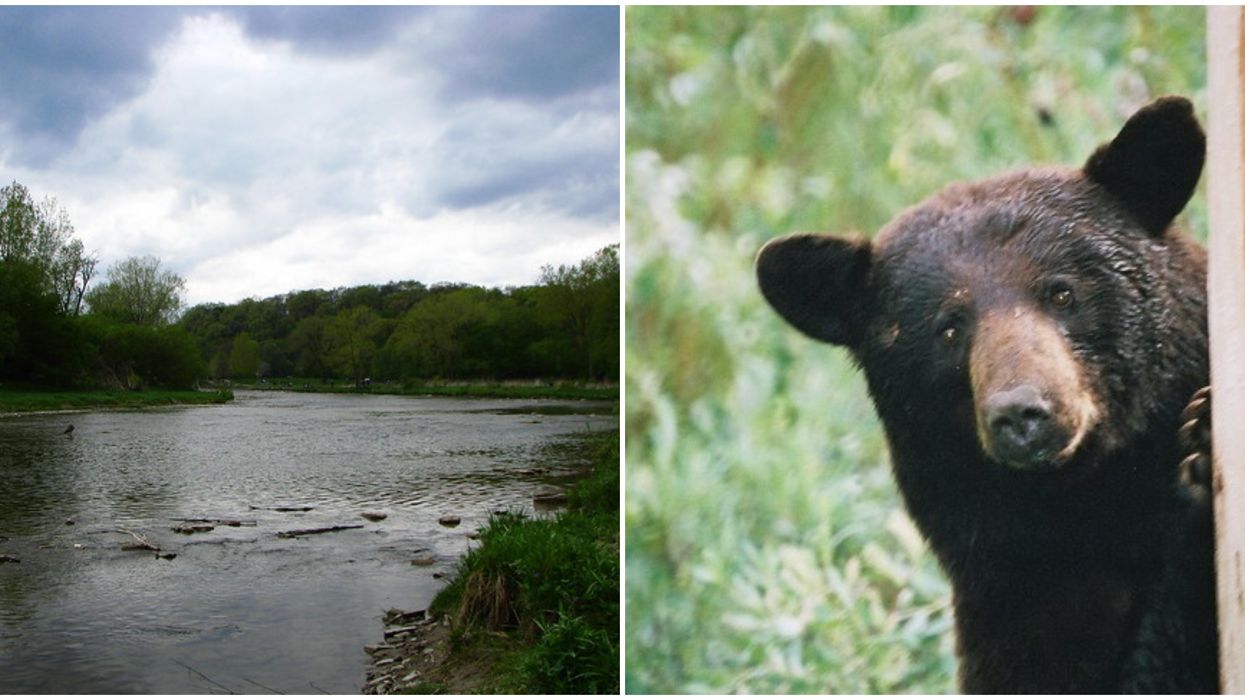 A rather unusual report came in from Toronto Police on Thursday. Shortly before noon, the city's police service tweeted to confirm a report of a Toronto bear sighting in Etienne-Brule Park, near Bloor West Village. The black bear was reportedly spotted drinking from the water in the Humber River valley park.

This, of course, would not be the first time a bear had been spotted in the GTA. However, the location of this reported sighting was pretty alarming, particularly the proximity to a popular public space.

According to CityNews, police were called to the park at around 11:15 a.m. on Thursday after someone apparently spotted the large black bear drinking from the water.

Toronto Police Sgt. David Hopkinson says the report is being taken particularly seriously "because it's so close to where people walk and live … we have to check it out for people's safety."

An hour later, at 1 p.m., Toronto Police tweeted an update to say they have combed the park and spoken to potential witnesses. After receiving no further information about the sighting, they are considering the incident closed.

This, of course, doesn't necessarily mean there wasn't a bear. Maybe it simply moved on.

You might expect the initial reaction to such an unusual emergency call in the city to have been a shock, wariness, or even fear.

But it seems plenty of people were having fun with the news.

@TPSOperations I’m betting it’s just a big Bernese mountain dog . I walk one that gets told she looks like a bear all the time
— April Boultbee (@April Boultbee)1567093786.0

Perhaps unsurprisingly, though, many people's thoughts went straight to imploring police to make sure the bear - if it indeed turns out to have been a bear, and not the aforementioned Bernese mountain dog - is not harmed.

Let's hope nobody tries to feed it Timbits, because as we've seen, that's not the best idea.

Narcity has reached out to Toronto Police for further comment.