Fans think they are going to play Toronto in spring. 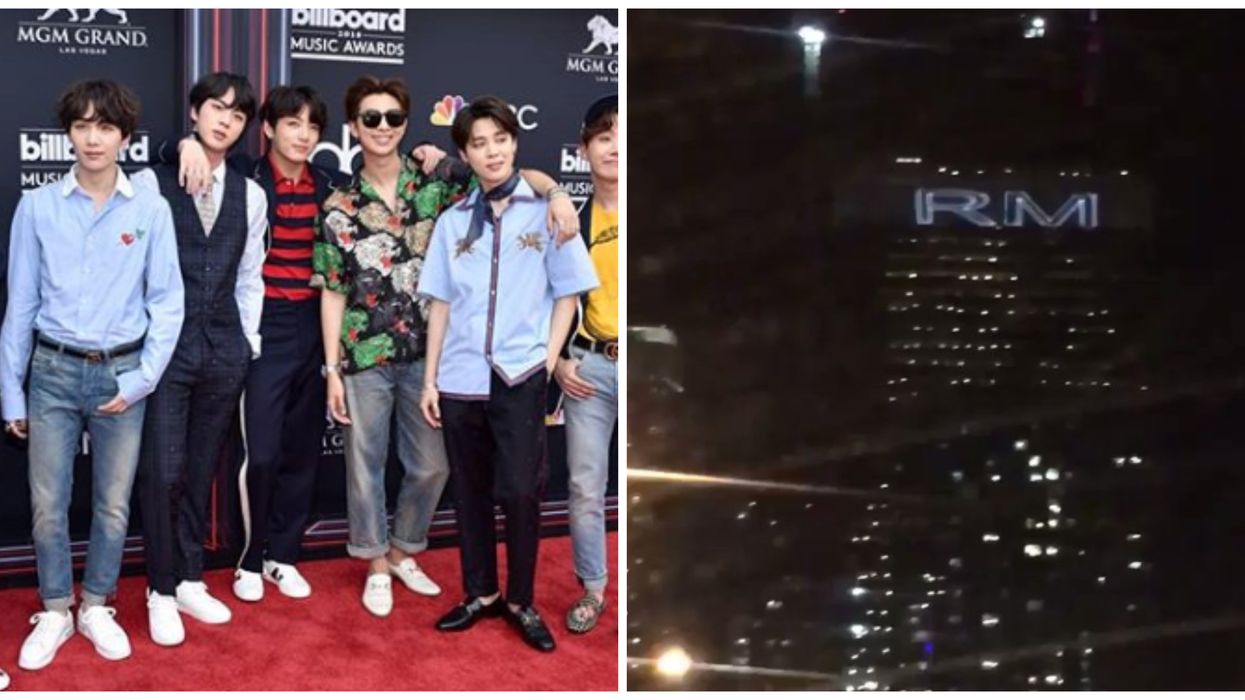 This week, Toronto BTS fans were in for a surprise as their favourite boy band appeared to start dropping cryptic messages throughout the city. The K-pop group who has seemingly taken over the world seemed to be hinting at an upcoming Toronto show on Monday, January 20, 2020, with an elaborate new marketing campaign involving the city's skyline. However, the band has yet to reveal the meaning behind the message.

The names of the group's seven-members began flashing on various downtown spots on Monday evening, including the Rogers Centre and at least two neighbouring skyscrapers.

The slightly ominous display was more than enough to send Toronto fans into excitement.

Legions of the 6ix's BTS army quickly flooded to Twitter to speculate on what the light show could mean, with many believing that their idols were on their way to the GTA.

"So, three different Toronto locations are now broadcasting BTS's name what is going on?!" wrote one curious fan.

A schedule of the new tour has supposedly leaked online where a May 30 date at Toronto's Rogers Centre can be seen. At the moment, the 6ix is the only Canadian stop on tour sandwiched between two suspiciously faraway U.S. dates.

Some fans seemed skeptical of the leak questioning why the boy band would divert to Toronto before finishing up all of their U.S. dates.

In the end, only time will tell if the group actually plans to play a show here.

Despite the fact, that the group's official Twitter account has yet to confirm anything or comment on the light show, some fans have supposedly already begun booking hotels for the event.

BTS is scheduled to release their new album "Map of the Soul: 7" on February 21, 2020, which will serve as a follow up to their "Maps of the Soul: Persona E.P." released back in April of last year.