No injuries have been reported. 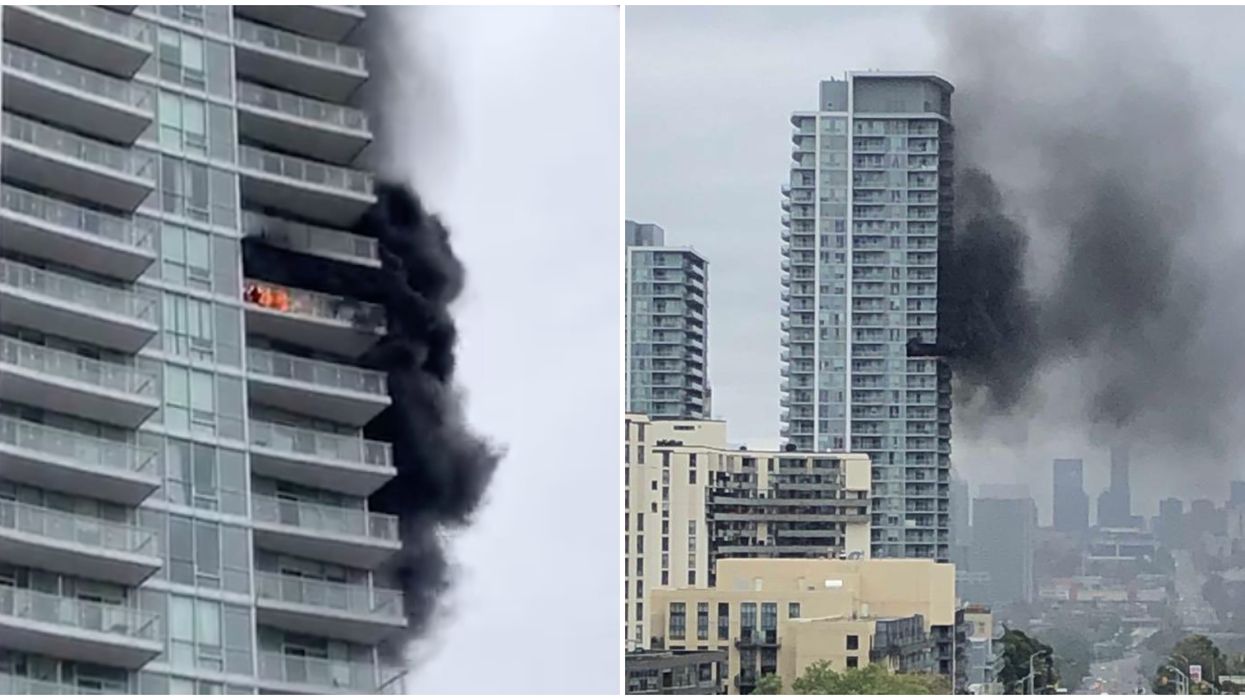 A fire broke out north of Toronto on Monday, September 30, and left a terrifying scene as flames engulfed a balcony at a condominium. Thick black smoke can be seen filling up the sky from the Toronto building fire, leaving many people concerned and terrified. The condo is located near Don Mills Road and Sheppard Avenue in North York.

UPDATE: At 2:04 p.m., Toronto Police tweeted to confirm the blaze had been extinguished and no injuries have been reported. The road closure has also been reopened.

EARLIER: Toronto.com says that the flames could be seen shooting out from the balcony at one of the condos at Forest Manor Road and George Henry Boulevard at around 12:45 p.m. today.

"Doesn't seem like it spread to other units, saw someone 7 balconies up. the entire balcony front has melted off. really hope no one is hurt," read another.

Toronto Police tweeted to warn residents and people in the area that debris has been seen falling from the side of the building.

There was plenty of multimedia on social media illustrating the scale of the fire. Thankfully, no injuries have been reported.

Later on Monday, Toronto City Councillor for Don Valley North, Shelley Carroll tweeted: "Still awaiting a second update from the Fire Chief via the Mayor's office re: today's harrowing fire at Don Mills and Sheppard. We were updated as soon as it was under control that it was miraculously confined to a lesser area than it seemed on the news."

A tweet at 1:19 p.m. from a resident of the high rise stated: "Looks like the fire has cleared. The group of onlookers that gathered below are gone. There are shards of glass all over our balcony floor."