The first customer has been here since 10:30 p.m. Thursday night. 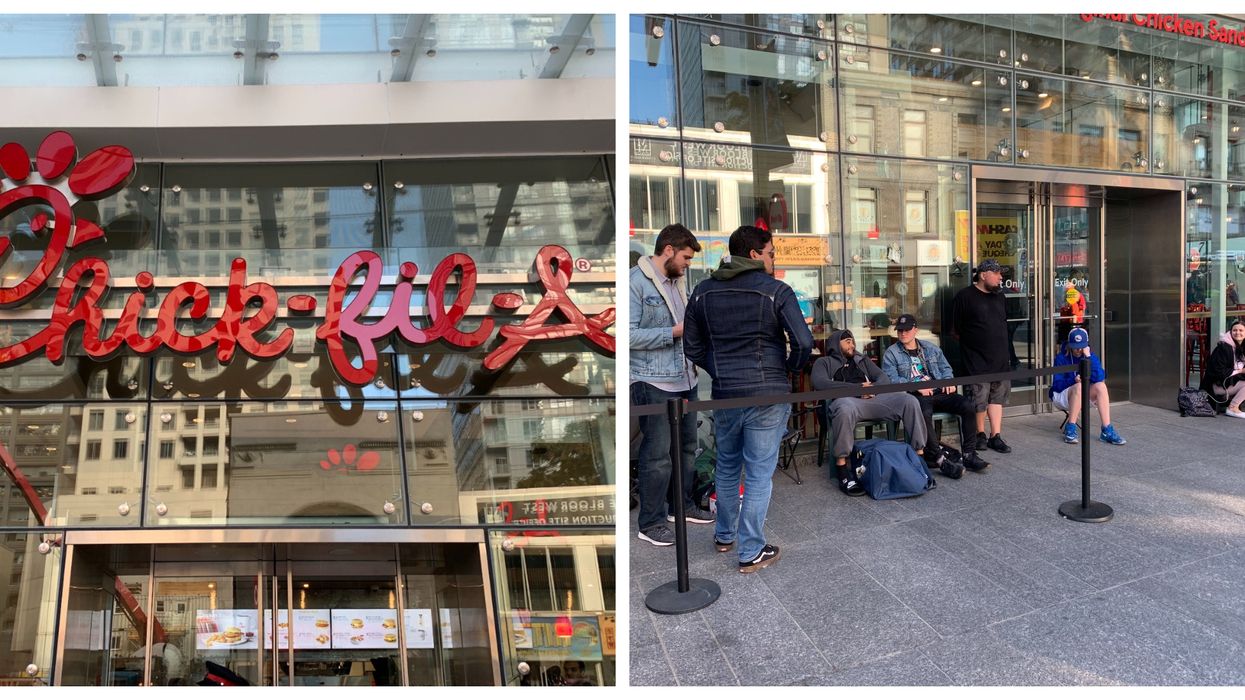 Today is the day Chick-fil-A opens its doors for the first time in Toronto. And as you might have guessed, there's already a line. If you hoped to be one of the first people to get your hands on what Chick-fil-A Toronto is serving up, then be prepared to wait. Some die-hard chicken sandwich lovers even camped out all night to be the first ones in line.

“I camped overnight cause I wanted to be the first one in line,” says Chick-fil-A's first customer Amanda Luciano, who arrived at 10:30 p.m. on Thursday night.

Others arrived at around 1:30 a.m. Friday morning.

It's a big commitment, but for Chick-fil-A die-hards, it looks to be worth it, as the first 100 people in line received a gift card for 52 free chicken sandwich meals for a year. That's one per week, for you math whizzes.

This is the first-ever Chick-fil-A restaurant in Canada, so the hype is certainly to be expected. There are already some police officers on the scene, seemingly in preparation for today's Chick-fil-A protests.

Officer Ducusin has been here since 6 a.m. watching over the line. Before the doors opened, he didn't seem worried about the growing lineup, saying that everyone is just "excited" and is so far very respectful.

Things did get a bit more heated, however, after doors opened before the scheduled time of 10:30. Loud protests soon took over outside the restaurant.*

Before Chick-fil-A, another popular American chain to make its way to Canada that also caused chaos was the grand opening of The Cheesecake Factory at Yorkdale. It's too early to say whether or not Toronto is going to fall in love with Chick-fil-A the same way they fell for Cheesecake, but the line says otherwise.