She was 24 years old and pregnant at the time of death. 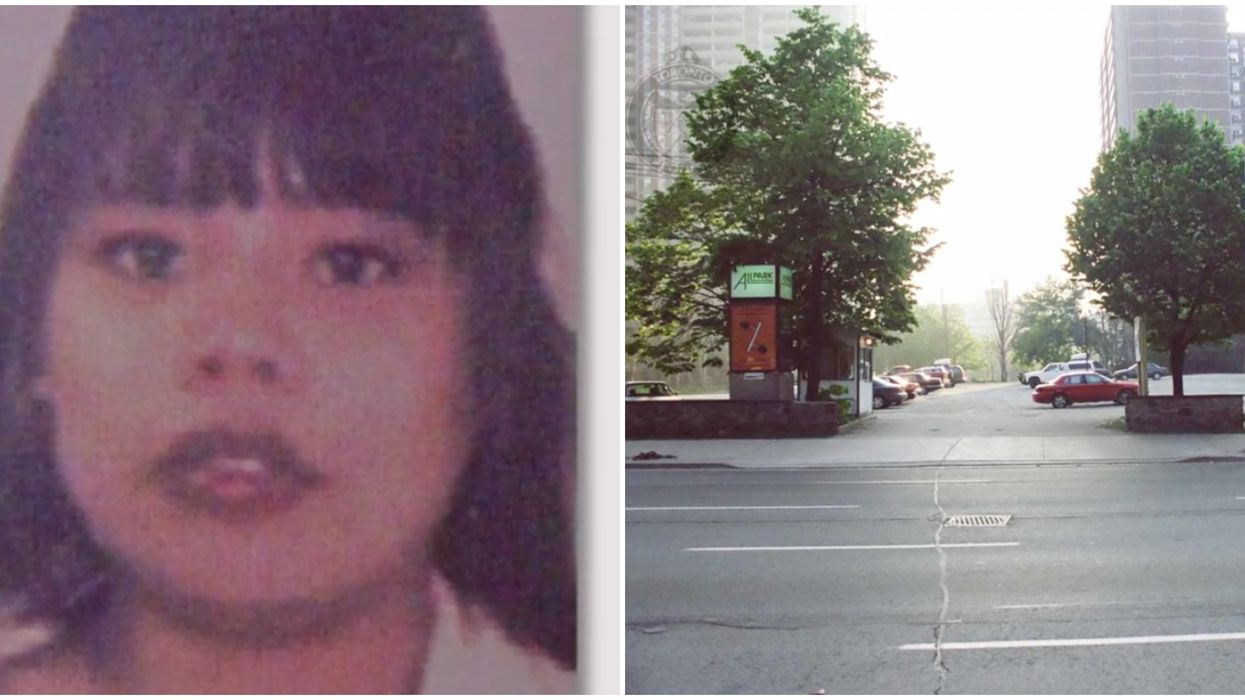 It's been 21 years and Toronto Police are asking for the public's help to solve the murder of 24-year-old Donna Oglive back in 1998. Oglive happened to be pregnant at the time and investigators have been unable to solve her case since. Toronto Police have the suspect's DNA but no name and they're looking for anyone who may have information to help them close this Toronto cold case.

According to a YouTube video by the Toronto Police Service, on March 8, 1998, at around 7:12 a.m., a resident of a nearby apartment called the police to a rear parking lot at 130 Carlton St.

This is where officers found the lifeless body of the 24-year-old who, at the time, had only been in Toronto for five weeks.

According to the video, Oglive was originally from B.C., though she had been travelling from Vancouver to Toronto regularly.

At the time, Oglive had been working as a sex trade worker in the area of Gerrard Street East and Church Street, according to Stacy Gallant of the TPS.

After conducting a post-mortem, it was found that strangulation was the cause of death. Oglive was also four months pregnant with a boy at the time.

According to Gallant, DNA testing was conducted and they were able to find a male DNA profile.

The male in question is not in their national data bank so they are asking the public to help provide a name or any more information about the case.

“What we need is a name to go with this DNA,” says Gallant in the video. “Come forward and identify this person to assist in solving this case of a pregnant woman."

She had black shoulder-length hair and at the time she was found she wearing long white high heel boots, a mini skirt, and a fur jacket.

Tragically, cases like these aren't uncommon. In fact, there are currently around 200 unsolved cases involving human remains in B.C. alone.

There is also an endless stream of Netflix documentaries revolving around true crime.