Toronto Commuters Have Spoken: "Bus Bunching" Has Been Ruining The City’s Transit System For Years

A new video on Toronto's Reddit page has flooded with comments about the never-ending issue. 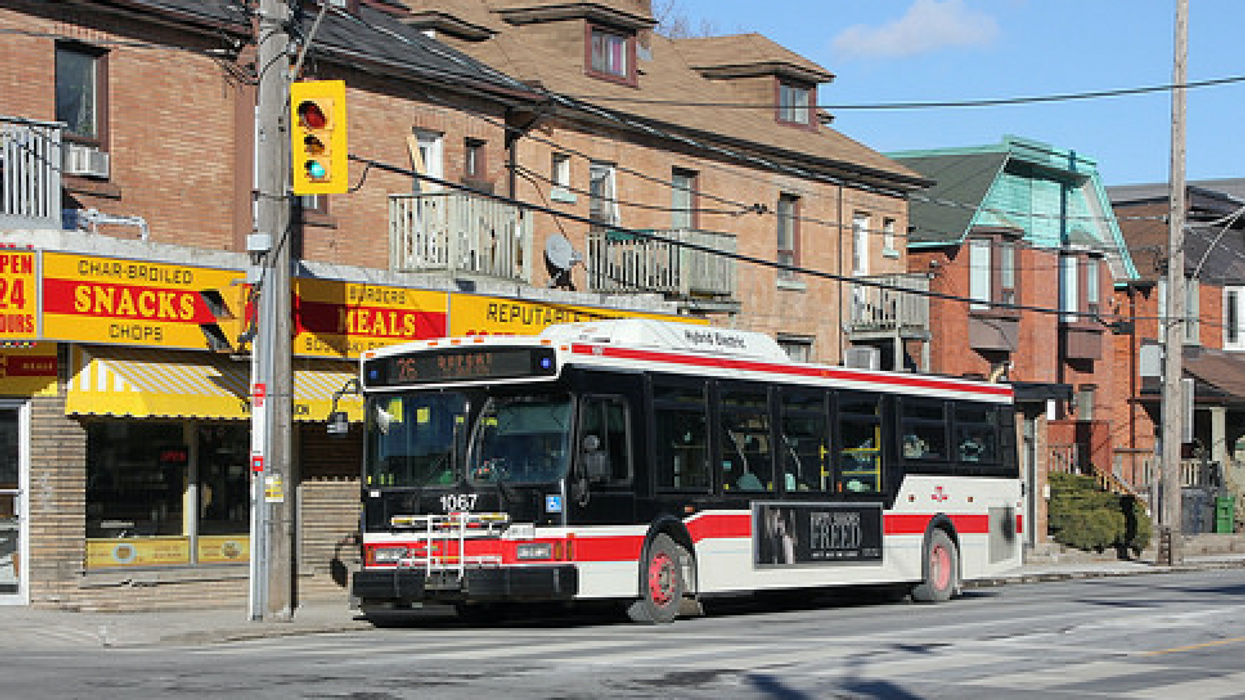 It goes without saying that anyone who has ever relied on Toronto's transit system is used to it being unreliable. Delays have plagued the TTC since the first-ever subway train left the station. From rush hour mayhem to closures and replacement shuttles, TTC commuters have seen it all.

But, a new video posted on Toronto's Reddit page shows a different transit issue that commuters are all too familiar with. That issue is known as "bus bunching," and it's a flaw that has remained unresolved by the TTC for years. The issue has undoubtedly made you late for something at some point.

"Bus bunching" - also known as clumping, convoying or piggybacking - occurs when two or more buses travelling on the same route end up in the same location at the same time, because one or more of the buses fall behind schedule. The buses end up bunching together in the same concentrated area, thus the name "bus bunching."

In a normal ideal situation, the buses would be evenly spaced out along the route, providing efficient service to those waiting patiently at the bus stop according to the posted schedule. But, with multiple buses arriving at a single stop simultaneously, all but one of them is rendered useless. Everyone's time is wasted, as are the TTC's resources.

The Reddit video, taken at the intersection of Dufferin and Bloor Street West, depicts a particularly bad case of "bus bunching." Not two, not three, but six TTC buses lined up one after the other outside of Dufferin station, blocking an entire lane of traffic. "Classic Toronto," the title reads.

Over 100 comments have poured in since the video went up last night, with frustrated commuters one-upping each other with horror stories about how long they've had to wait for a single bus, only for several of them 45 minutes late.

"Almost every time I miss a 57, I end up waiting 45 minutes for 3 consecutive buses to show up," says one Redditor, "The first one is full, but it's the only one that pulls up to my stop and the other two (nearly empty) buses will bypass the stop."

Classic Toronto- 6 buses in a row

From the comments, it's obvious that the issue is happening all over the city, and has been for many years. But, transit authorities have spoken publicly about the issue in the past and have allegedly done all they can to curb the issue.

In a 2009 interview with the Torontoist, TTC Chair Adam Giambrone says that transit vehicles operating on public roads "have almost no control over what goes on in that space, so it becomes much more difficult to ensure that the service will be regular and reliable." The problem then "snowballs" as buses fall even further behind schedule. The issue of bunching affects both streetcars and buses in the city. Giambrone outlines five main problem areas which cause bunching - traffic congestion, traffic signals, a shortage of supervision and routes that carry very large volumes of people. He says that the city and the TTC have collaborated on strategies to target these issues.

Last month, the TTC rolled out a two-phase series of service improvements to their bus system, including brand new routes, express lines, and an entire fleet of vehicles. Many of the city's busier bus routes, including the Bathurst and Dufferin buses, also use larger vehicles to accommodate bigger crowds.

With all these initiatives combined, there's clearly still a lot of work to be done to un-bunch Toronto's transit vehicles for good.