Toronto Might Enforce A New "Zombie Law" For Texting And Walking 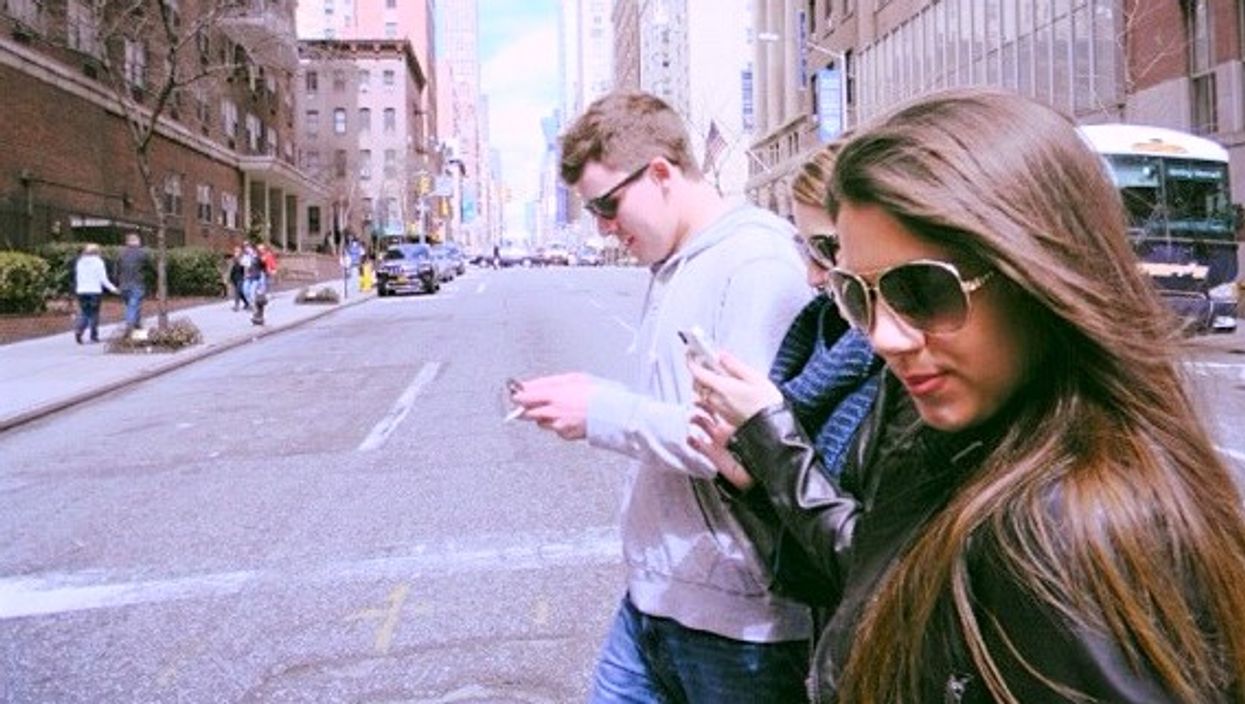 A new law passed in Honolulu recently that has inspired some civilians and city officials of Toronto to copy them. The new law, jokingly called the "Zombie Law" wants to stop pedestrians in Honolulu from being "zombies" unaware of their surroundings because they're too busy looking at their phone.

The Zombie Law passed in Hawaii dictates that anyone who is caught texting or being distracted while crossing the street will be fined up to $35. Repeat texting walkers will be charged even more for additional offences.

This new law is the first of its kind and since its passing, Torontonians have been perking up their ears and suggesting that something similar should be in place given the large number of pedestrians in the city.

And according to a survey conducted last year in Toronto, majority of Torontonians polled stated that they think some laws should be put into effect that restrict pedestrians from texting while crossing the street or being otherwise distracted by things like headphones. Of the 1000 people polled, 66% agreed that this would be something they would vote for if Toronto decided to enforce it as law.

After the poll was conducted, the City of Toronto tried to enact a similar "zombie law" but Mayor John Tory felt that it was an unnecessary law that would strain the city's resources, like the effort required by police to enforce this law and ticket offenders. Toronto Police Constable Clint Stibbe said at the time, “We shouldn’t need a law for common sense.”

But unfortunately, distractions happen and people can be hurt or worse. But perhaps rather than ticketing, a more precautionary alternative might be the best solution before the city cracks down. For now, it seems that all the City of Toronto will be proposing is "public education" on the dangers of being a "zombie" on the streets of Toronto.