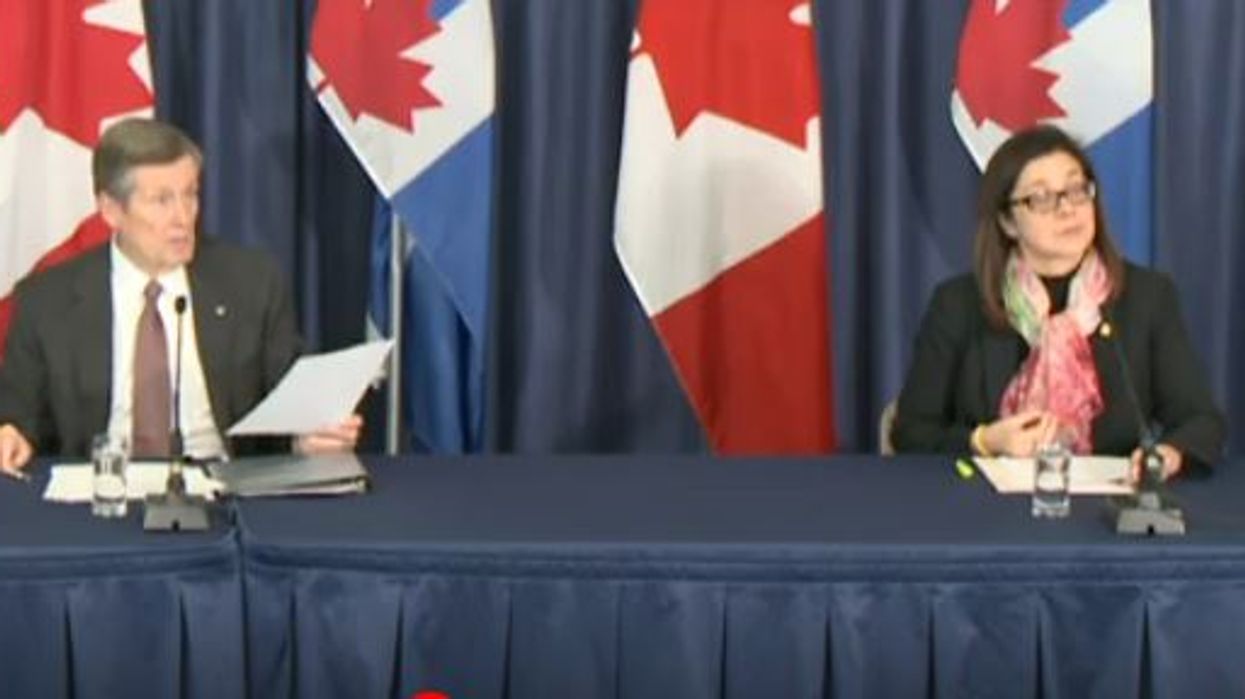 Another day, another call for people to stop being selfish. The number of Toronto COVID-19 cases rose by 118 on Friday, and the vast majority of provincial cases appear to be in the 6ix. On Friday afternoon, health staff warned that these increases will only get bigger and bigger as the days go by — unless residents take social distancing a lot more seriously.

Ontario announced on Friday that the number of it confirmed cases has nearly reached 1,000. Of those, about half are in Toronto, which has reported 457 cases.

On Friday, the provincial case count climbed by 135, and Toronto's rose by 118, meaning that some 87% of the latest slew of cases are in the 6ix.

The City of Toronto held another press briefing on March 27 and was again forced to condemn members of the public who aren't taking health advice seriously enough.

Dr. Eileen de Villa noted that we should expect to see similar patterns in the few days ahead unless things change.

"If we continue to see people selfishly ignore the recommendations that have been put in place to keep us safe, we should prepare to continue to see dramatic increases in local numbers," said Dr. De Villa.

De Villa also mentions that community spread of the virus has reached at least 25%, which would appear to back up her point.

In Toronto 29 people have been hospitalized, while 15 are in the ICU.

According to the Toronto Star's Rob Ferguson, provincial health officials admitted they are considering setting up "field hospitals" as the crisis continues.

Ferguson added that Ontario could even look to provide care in some heated garages or warehouses if things get considerably worse, and that the province is preparing for a situation like the one that has been seen in Italy.

While Canada's numbers are thankfully still a way off Italy's, Ontario has now suffered 18 deaths related to COVID-19, as of Friday afternoon.

The first alert was sent out at 2 p.m. that day.