Bike lines were cleared in Toronto by cyclists who then billed John Tory $150 for their labour. 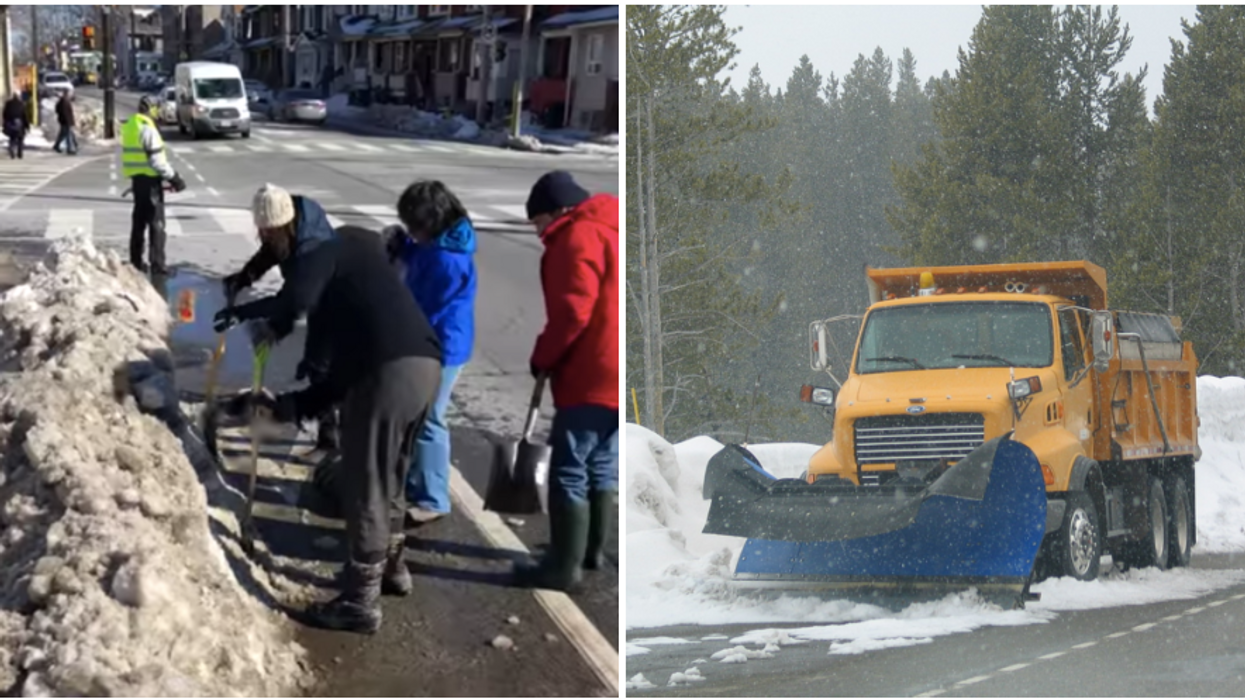 As snow continues to fall throughout the GTA, the City of Toronto is doing its best to clear as much snow from the roads, bike lanes, and sidewalks as possible. However, according to the public, a lot of the bike lanes throughout the city have gone unmanaged. This weekend, Torontonians took to the streets to clear the bike lanes themselves and billed John Tory for their labour.

Cyclists with Ward 14 Bikes and 32 Spokes banned together to remove the ice and snow that had built up on the Dundas Street E. bike lanes. One of the members of the Ward posted a video of their hard work on Youtube, stating that he was billing John Tory for the labour that the Ward was doing.

In the video, a member of the Ward states, "John Tory we will be sending you our bill for $150, that's 10 workers for $15 an hour to perform the city work by cleaning the Dundas bike lane. Please send a check to Ward 32 Spokes."

When being interviewed by CBC News, members of the ward stated that the action was in attempts to gain city halls attention over the growing issue. Some of the bike lanes within the city have become impossible to navigate, which has led many people in the community to stop riding their bikes.

READ ALSO: GTA Is Going To Get Hit With Even More Snow And Extremely Strong Winds This Week

Repeated calls have reportedly been made to 311 to report the poor conditions of the Dundas E. bike lanes, yet nothing has been done to manage or clear them.

When nothing was done about the issue, these cyclists trekked outside with their shovels to chip away at the ice themselves.

These aren't the only complaints that have been made about snow clearing this year. John Tory has also received numerous complaints about sidewalk clearing as well. More than 3,000 calls were made to 311 after the past winter storm to complain about snow removal throughout the city.

Coun. Josh Matlow, who represents Toronto-St.Paul also reached out about the snow clearing issue after receiving multiple complaints that people in his area were unable to use the sidewalks.

In a Tweet that was released on February 16, Matlow stated, "I don't accept this shouldn't be a basic service a Canadian city provides," and called for a higher standard of road clearing by the City of Toronto.

Mayor John Tory has called for a review of the Winter Operations and has directed it to the head of the transportation services department.