He begged the thieves not to hurt his dog. 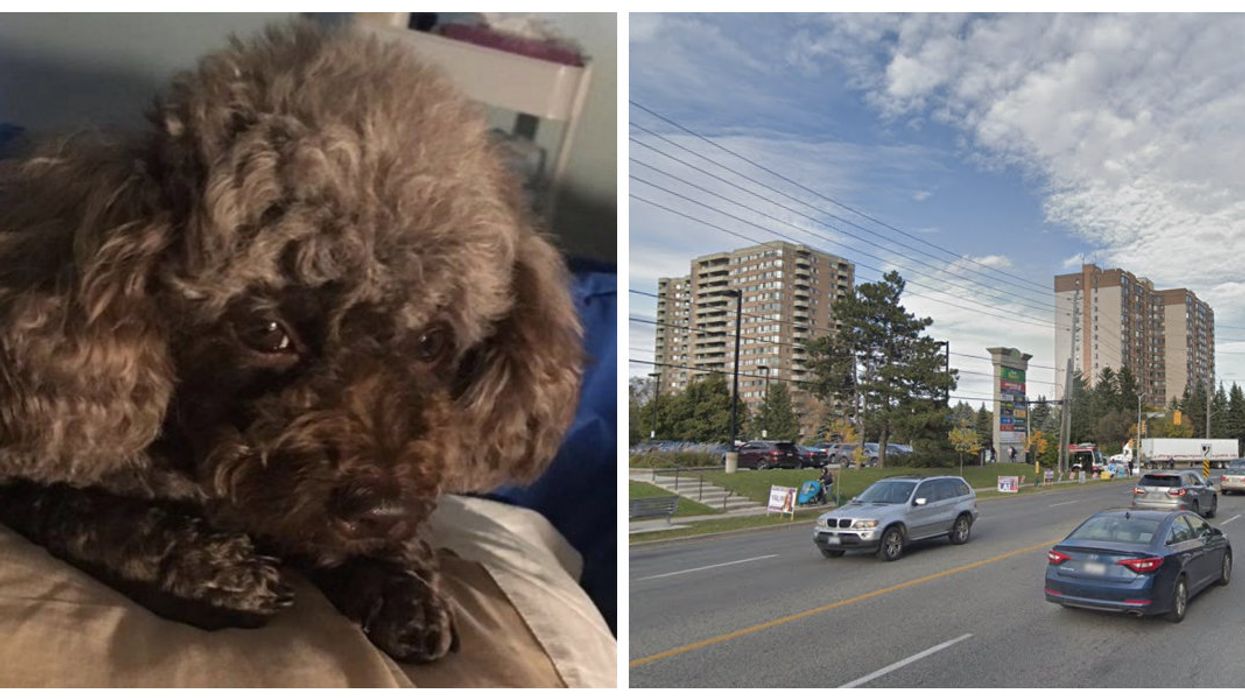 A local pet owner’s worst nightmare came true this week. Toronto Police are investigating after a man reported that he was robbed of his pet dog, Ding Ding the poodle, as well as his cellphone in Scarborough early Wednesday morning. The tragic incident is said to have taken place near the intersection of McCowan Road and Finch Avenue East at around 1 a.m.

UPDATE: At close to 7 p.m. EDT on Wednesday, the owner confirmed that Ding Ding has been found safe, as reported by CP24.

EARLIER: According to a report by Toronto Police Services, the pet owner claims that three suspects armed with a knife approached him in the area and demanded that he give them money. However, when the victim could not produce cash, police say the suspect took his small poodle and phone instead. The man was not physically harmed during the incident.

The dog, a small grey and brown Toy Poodle named Ding Ding, was wearing a red collar at the time of the theft. The suspects are described as three males, two of them black wearing dark clothing and one of them being detailed as a white male who was wearing a red t-shirt.

Ding Ding’s heartbroken owners pleaded with the thieves not to hurt their seven-year-old pet. “My wife and me since last night, we cannot sleep,” the dog’s owner said during an interview with CP24. “Please don’t hurt Ding Ding.”

The owner continued to say that his family is "heartbroken" following the loss of Ding Ding. "The dog is part of my family," he said. "You took the dog for nothing."

Police are asking anyone with information about the case to contact authorities at 416-808-4200 or Crime Stoppers.