The driver was attempting to clear their windshield of snow while driving on Hwy 401. 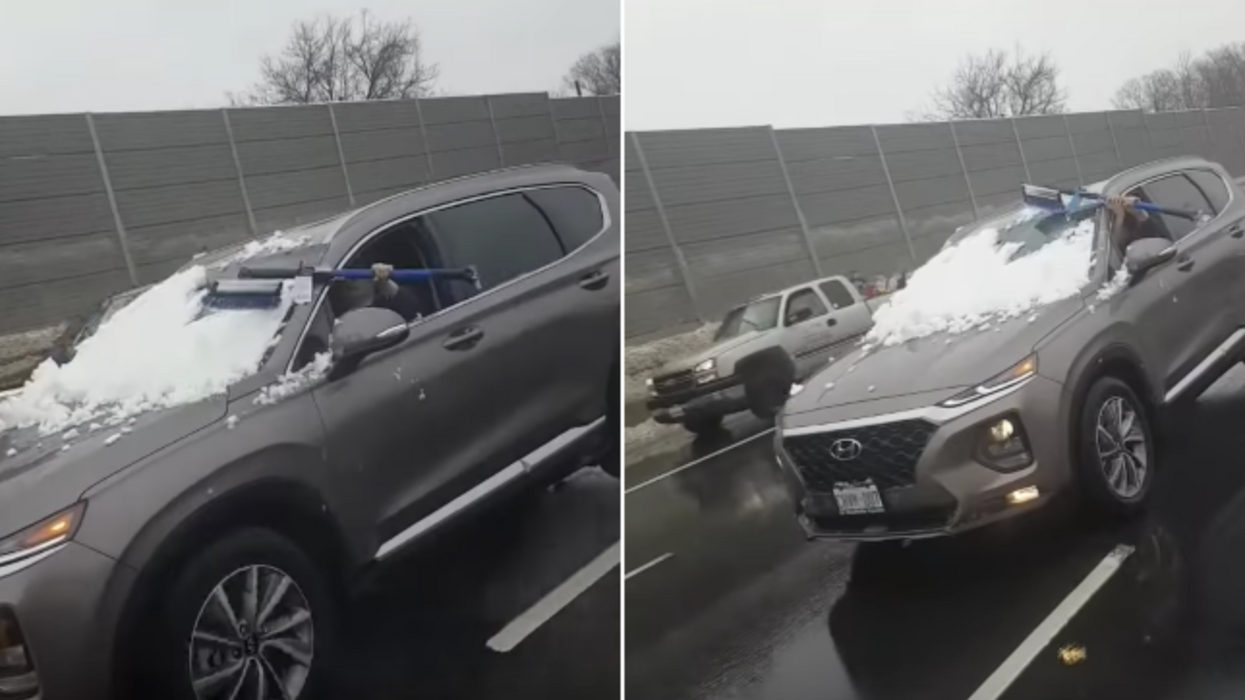 If there's one thing Canadian drivers should never forget to do, it's clearing off the snow off their windshield or the roof of their car before starting their drive. Unfortunately, it seems that one driver didn't get the memo and paid the price not only by having to deal with an extremely stressful, dangerous and embarrassing predicament but having the whole situation filmed in the process.

The situation came to the public's eye after a man named Gavin Gerbz posted a video on YouTube this week where a Hyundai SUV was having some trouble on the highway. In the video, you can see the driver has their window down and while they are attempting to use a snow scraper to brush the snow off the windshield of the car- while they're driving on Highway 401 - the busiest highway in North America.

To make matters worse, as expected with trying to multitask driving on a highway and clearing your windshield, the unidentified woman's driving got sloppy. Gerbz wrote on the YouTube video, "How do you think they did with 60km/hr lane change after full stop?"

The woman has yet to be identified, but considering the plates on her vehicle are visible in the video, it will definitely be interesting to see if there is any fall out as a result. For now, Ontarians agree the video is a great example of how important it is to fully clear off your vehicles before driving:

While it's unclear whether the woman had the snow on her windshield to begin with or if another car had snow on its roof that flew onto the woman's windshield after getting on the highway, you can still land a fine. According to the Highway Traffic Act, failing to make sure your windshield is clear could result in an $85 fine.