The video is pretty shocking. 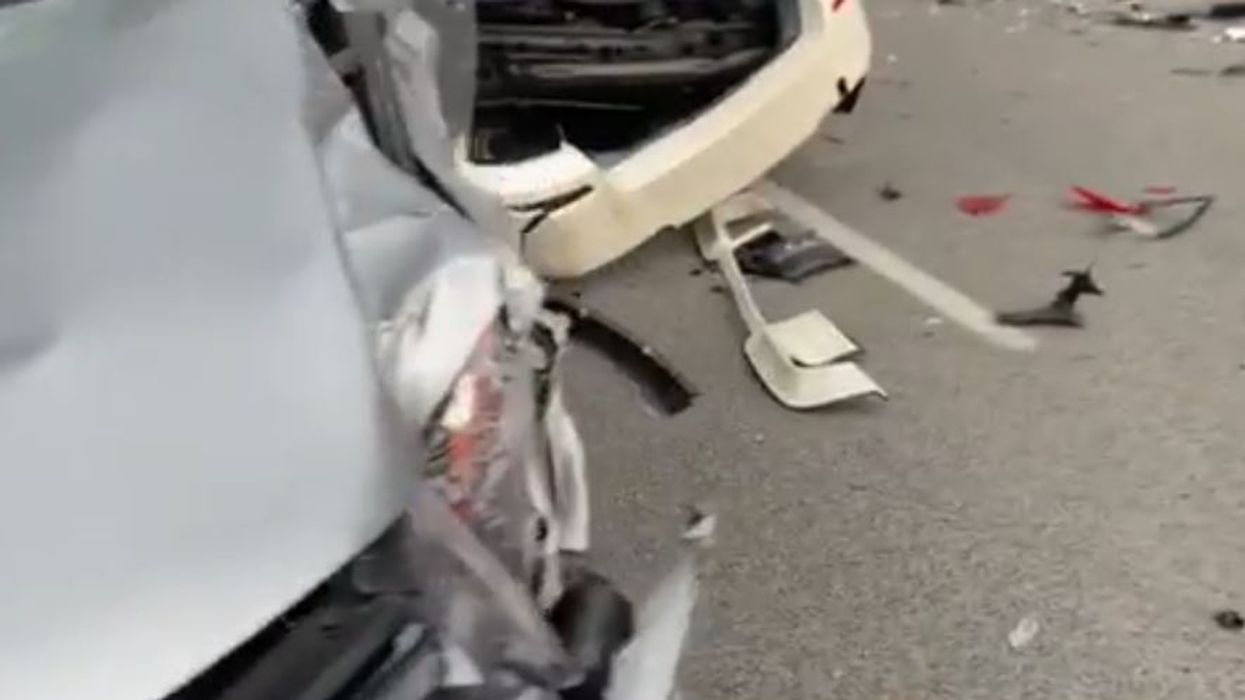 Car crashes in downtown Toronto are nothing new, but every so often, they cross paths with one of the city's sports stars. It turns out that's what happened on Sunday after a Toronto FC player's car crash video was posted to social media. TFC soccer star Chris Mavinga shared the news on Instagram and Twitter on Monday and posted a frightening video of the aftermath of the crash.

In a caption on his Instagram, Mavinga said: "My family and I were victims of a crazy unconscious driver yesterday."

Based on the video, there seems to have been three cars involved, with all looking like they sustained serious damage. In all three of the cars, airbags were deployed.

A Range Rover had serious damage to its passenger side, with white scrape marks from another car involved. Another SUV had a lot of front-end damage and the white sedan was damaged at both the front and back of the car.

Mavinga explained to a Twitter user that one of the drivers involved "totally lost control of his vehicle, he could have hit a pedestrian."

Despite the seriousness of the crash and the extent of the damage, Mavinga is thankful that it didn't end as badly as it could have.

"Thanks [sic] God we have only injuries, we are safe now," he said in the caption.

Mavinga also put out a plea to downtown drivers.

"Please, for speeding lovers don't race in town to not endangering other people's lives," the Frenchman said on social media.

There has been an outpouring of relief on Mavinga's social media that he is okay after the accident.

Mavinga had played the full 90 minutes in TFC's 2-2 draw with the Columbus Crew in Ohio on Saturday. The extent of his injuries are unknown at this time and it is unclear if he'll be fit to play this Saturday when TFC takes on the rival Montreal Impact at BMO Field.

Narcity has reached out to Toronto Police and Toronto FC for comment, and this article will be updated when new information becomes available.