Wait until the weekend to fill up! 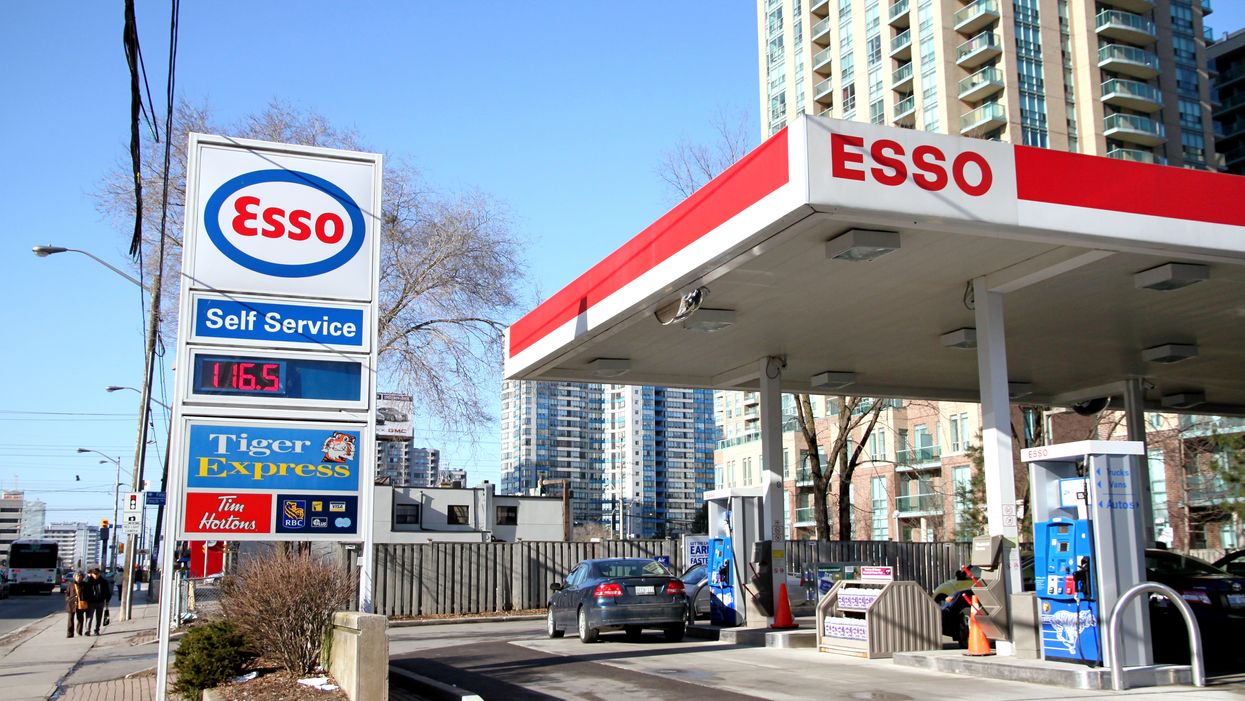 If you have any weekend travel plans, you might want to wait until Friday to fill up your tank. According to gas analysist Dan McTeague, the GTA will see prices at the pump that have not been this low since March 2019. Toronto gas prices will be going down by two cents on Friday, and another one cent on Saturday.

UPDATE: McTeague revealed on Thursday night that a "last minute rally on the energy markets erased any intra day losses." This means that gas prices will drop to 112.9 on Friday, but will not drop the extra cent on Saturday.EARLIER: However, it's not just the GTA that will be seeing this decrease in fuel. McTeague revealed that Ottawa, Barrie, London, Kitchener-Waterloo, Peterborough, and Niagara are also all expected to be included in the price drop.

So if you need some gas, hold off on filling up those tanks until Friday or Saturday. Currently, most prices are sitting at around 114.9 c/l, which will drop to 112.9 c/l by Friday, Dan McTeague told Narcity. However, not all station prices will be the same. In fact, some fuel spots might be lower than this initial price.

Yet, this reflects the choice of the station's independent owner to drop the prices, and does not correlate with the wholesale price of gas, McTeague told Narcity over the phone. This means that most pumps across the province will have the wholesale retailer price, which is currently 114.9 c/l.

By Saturday, Ontarians could be seeing prices as low as 111.9 c/l, which will make any travel plans you had a little cheaper.

"My 2 cents worth: Wait until Friday to fill up as #gasprices will fall 2 cents a litre," McTeague stated in a tweet.

You should because on Saturday we will drop another cent or two to prices we haven’t seen since March of last year 😉 https://t.co/nwYX9JY9ow
— Dan McTeague (@Dan McTeague)1579785113.0

If you're wondering how big of a drop in fuel costs this weekend will really see, McTeague revealed that the numbers have not been this low since March 6, 2019.

According to GasBuddy's Average Retail Price chart, it confirms that gas prices have skyrocketed over the past few months, with its highest peak being between April and May of last year.

Thankfully, Ontarians will be able to take a step back into last spring this weekend and enjoy the cheaper gas prices that come with it.