The Kawhi Leonard 'Kawhactus' Was The True Winner Of Toronto's Halloween

Round of applause, TO! 🌵 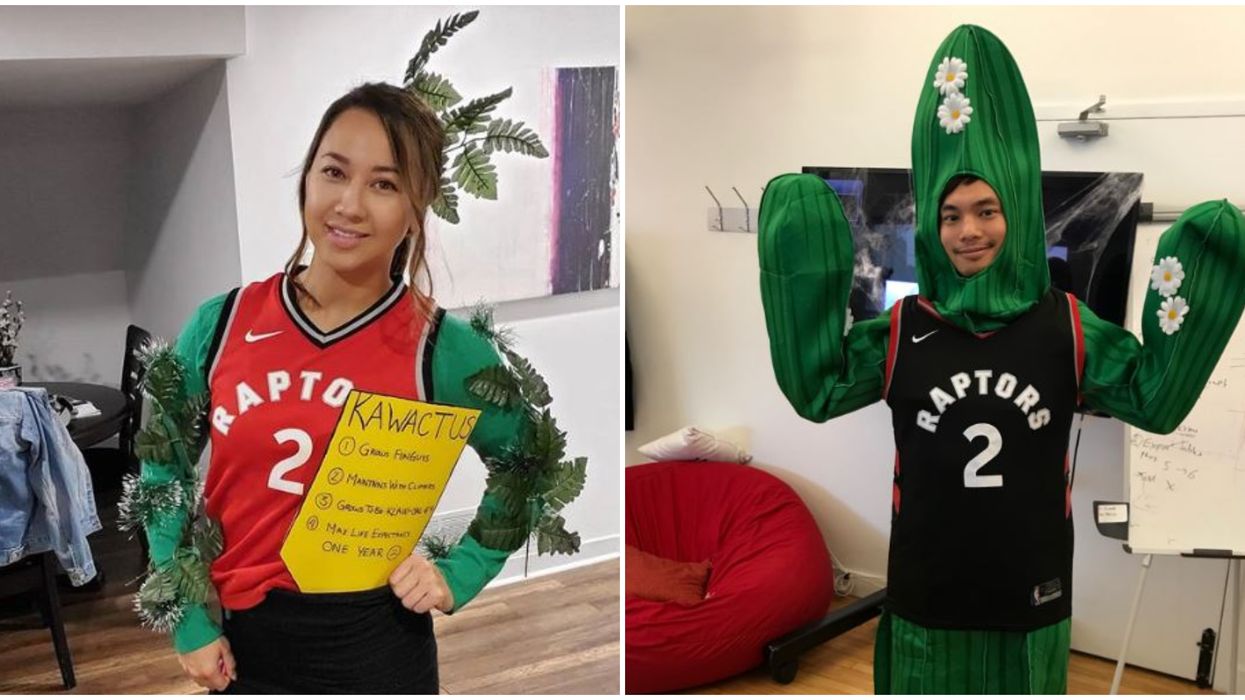 Sorry, Halloween fiends, but it's over again for another year. October 31, 2019, in Toronto was characterized by crappy weather and some truly great Toronto Halloween costumes. But, for us, there was only one winner, and that was the Kawhi Leonard cactus costume.

If that doesn't make much sense to you on first read, allow us to refresh your memory.

After the Toronto Raptors secured their first-ever NBA championship back in June, a fan attempted to give the team's NBA Finals MVP Kawhi a cactus. This despite the fact Kawhi was, along with his teammates, over in Oakland, Cali., having just won the clinching Game 6 of the Finals.

He ultimately succeeded in his quest to bestow the plant upon his hero.

"Plant Guy" soon became his name and his rather strange worse-for-wear declaration of love for Kawhi quickly became a part of Toronto folklore.

And, judging by some of the costumes we saw this Halloween, it seems people haven't forgotten about the incident.

We saw a great range of Toronto-focused costume ideas this year, and you can find a selection of them here.

One of those was the famous 'Kawhactus', but it seems that was no isolated stroke of genius. In fact, the 'Kawhactus' was an unexpectedly popular choice this year.

Some fans weren't content to simply dress themselves up as the Kawhactus, though.

There was even a cute furry little guy who got in on the act.

Honestly, we think the 'Kawhactus' costume won Halloween in Toronto in 2019.

Showing love for the Raptors was a common theme this year for the spooky celebration. Just look at some of these super impressive Raps-themed pumpkins.

We already can't wait to see what the 6ix comes up with next year.