And yes, the annual Pride parade is included. 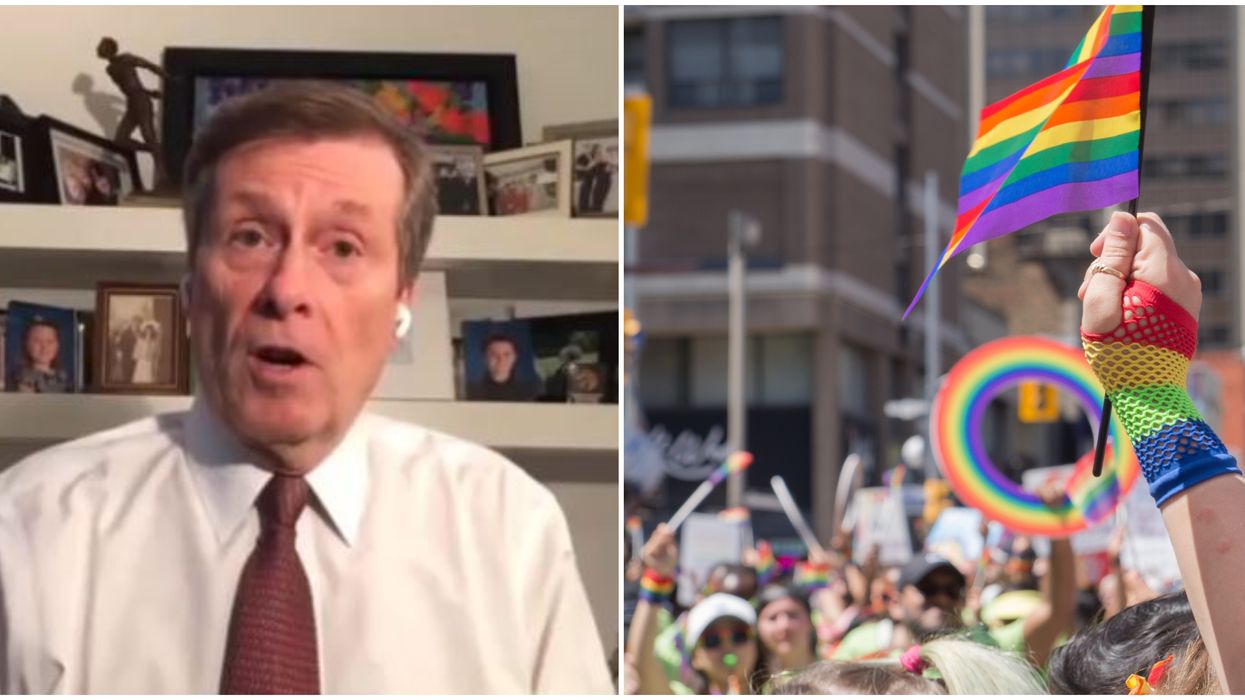 For those of us still clinging to hopes of being back outdoors and surrounded by friends come the start of summer, Mayor John Tory has some bad news. Toronto has cancelled all major events from now through June 30, 2020. That includes parades, festivals, and permits for events, and means annual highlights like the city's huge Pride party will have to be scrapped.

As City of Toronto officials came together once again to discuss the latest on COVID-19 on Tuesday, March 31, Tory revealed the 6ix is taking a big pre-emptive step.

Tory shared the news during a press briefing that all city-led and city-permitted events that were planned to run until June 30 will be cancelled in line with health advice about social distancing and avoiding gatherings.

The mayor told reporters: "Due to the COVID-19 pandemic, the city is cancelling all city-led major events, festivals, conferences and cultural programs, and all city permits for major events organized by external groups at civic centres, squares, parks, public spaces including road closures, city-operated museums, and cultural centres.

"All of those permits will be cancelled through June 30.

That includes the likes of the annual downtown Pride parade, which was slated for June 28 this year.

Pride in Toronto attracts hundreds of thousands of attendees every year, per CTV.

That is exactly the extreme opposite of what the city, and Canada as a whole, is trying to enforce right now.

According to CP24, while Tory says that the Pride parade will be cancelled, June is still considered Pride Month and the city will work to find ways to ensure some sort of festivities still happen that are focused on the LGBTQ+ community and the event.

Other events likely to be affected by this announcement include Doors Open Toronto and the Indigenous Arts Festival.

On the City of Toronto's website, the usually busy Festivals and Events page now has a banner at the top which reads, "As part of the City’s COVID-19 response, the Festivals & Events calendar is unavailable."

So, right now, the city's chances of getting a full summer — as we've come to define it, at least — seem pretty slim.

Tory stressed that "this is not an easy decision to make but it is necessary to protect the public and to save lives."

He went on to warn that "this is going to be a very long battle," per CTV.