It barely has a kitchen! 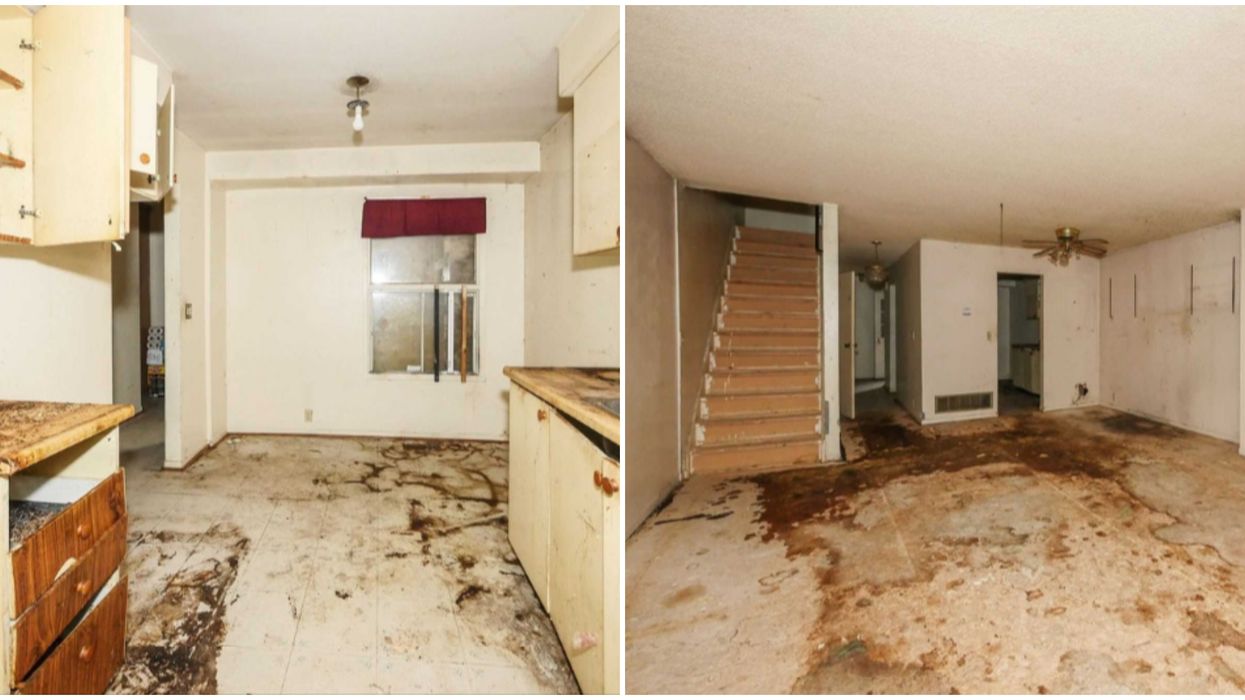 The housing market is a scary place in Toronto, and if you are looking to buy, expect to work tirelessly not only to afford your new home, but also to spruce it up. A lot of houses in the city are works-in-progress or are just waiting for developers to come and give them a total makeover. It is no surprise that the average buyer can't afford a Toronto house. However, if you're looking for something cheap you might want to put away some extra money for repairs.  This house in the GTA is advertised as a "diamond in the rough waiting to shine" and will be sold "as is," for $560,000.

The listing doesn't try to spruce the home up, even stating, "Complete reno needed from top to bottom." Yet, despite the lack of livability, the home is still going for over half a million dollars. From the outside, it looks like you average, everyday, regular family home. Yet, moving inside, the floors are stained with an ominous brownish-yellow pool of something that looks like acid burning through the floors.

The white walls are caked in an putrid shade of dirty yellow gunk which looks like old cigarette smoke residue. This distinct hue covers the entire surface area of the place. It honestly looks like something straight out of a horror movie.

We don't even want to know what went on inside this house to make it look like this.

Remember that PlayStation 2 game Silent Hill 2? The one where you had to navigate all those abandoned old houses in a ghost town and fight lurking zombies? That's the vibes this is giving off. Either that, or Breaking Bad.

The basement looks like a dungeon of sorts because of that awful yellow stain that encompasses the entire house.

The ad says they want you to "make this house into a beautiful home for a loving family," and with the right vision, it's possible that this house could be transformed. However, this grim house shows what prospective homebuyers in Toronto are working with. Half a million dollars to buy a zombie apocalypse home and spruce it up.

The backyard is also overgrown, which is much more fixable than the interior, but still a bit creepy.

We don't know how long this place has been vacant for, or who owned it before. What we do know is that it would be a perfect haunted house for Halloween, and for that asking price, we really are scared.