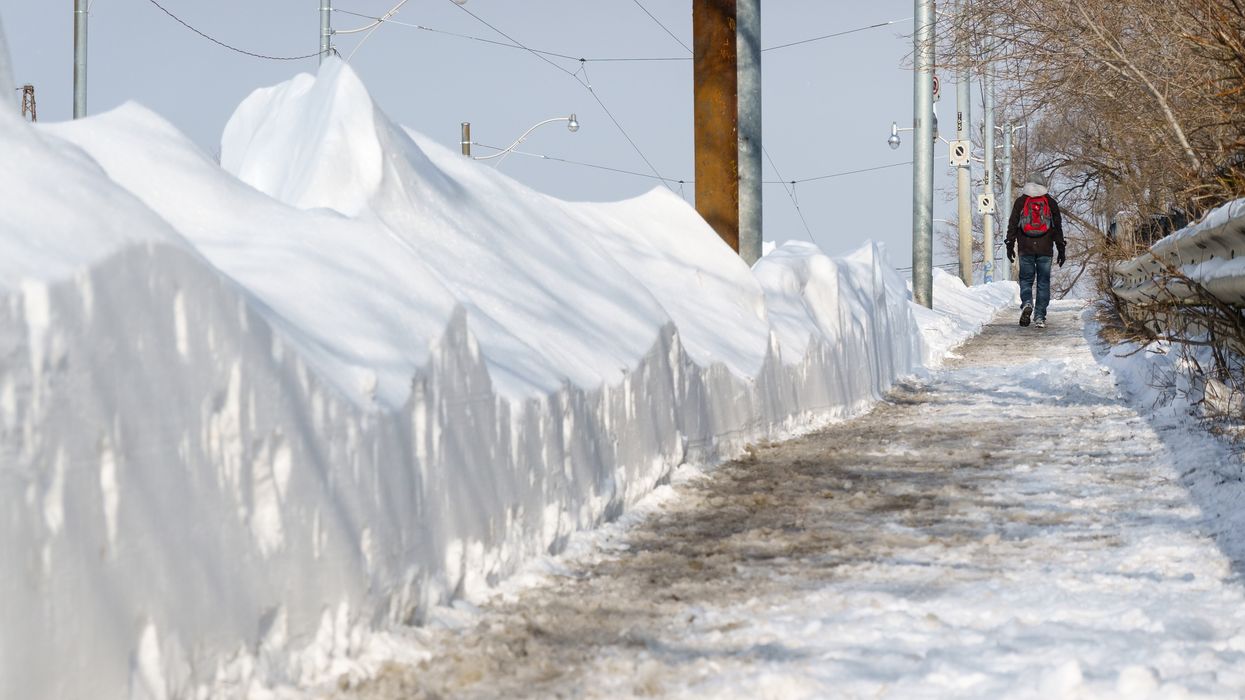 Is normal weather even a thing in Toronto anymore? It's only a few weeks until spring, but winter is still at full peak. Environment Canada has issued a new weather warning for the city this afternoon. Toronto is expected to get hit by up to 20 cm of "significant snowfall" tomorrow on Wednesday, February 27. Seriously, can this winter weather just cut us a break already?

Environment Canada released a snowfall weather warning for Toronto this afternoon. They're cautioning locals to be extra careful during tomorrow's heavy snowfall. Previously, up to 10 cm was forecasted – now that amount has doubled to a whopping 20 cm of snowfall. In other words, try to stay inside tomorrow Torontonians.

According to Environment Canada, many regions of Toronto will get around 15 centimetres of snow by tomorrow evening; however, some areas are forecasted to get even up to 20 cm. The snowfall is expected to be heavy and significantly impact the roads in the city and delay commutes for residents.

Conditions are not going to be nice, and that's putting it gently. "Rapidly accumulating snow could make travel difficult over some locations," warns Environment Canada. "Visibility may be suddenly reduced at times in heavy snow".

READ ALSO: A Tidal Wave Of Ice Crashes Through A Wall And Causes Homes To Flood In Ontario (VIDEO)

Environment Canada is also advising locals to leave extra time for their commutes. "It appears that the heaviest snow will fall in the afternoon, resulting in a significant impact on the commute home late in the day," warns Environment Canada.

"Motorists should allow extra time to reach their destination". Environment Canada also says that rush hour traffic will be significantly worse than usual in urban areas of Toronto.

So what's the reason for this intense snow storm? "This snow event will be from yet another in a series of low pressure systems which have formed over the Southern Plains States," says Environment Canada. "This latest low will pass by just to the south of Lakes Erie and Ontario on Wednesday". It's expected to start snowing in Toronto early Wednesday morning and throughout the day until the evening. Fortunately, this brutal snow storm is not expected to last past Wednesday.

The weather is expected to take a drastic turn the following day on Thursday, February 28 but then again we're not really surprised because Toronto's weather is all over the place. Thursday and Friday will be sunny with no snow in sight, according to the forecast from The Weather Network.

Stay safe out there, Toronto! If you can, it's definitely best to stay inside tomorrow and avoid the snow chaos that will overtake the city.