Canadian Club Is Hosting A Whisky Party In Toronto This Weekend

And it won't cost you a dime! 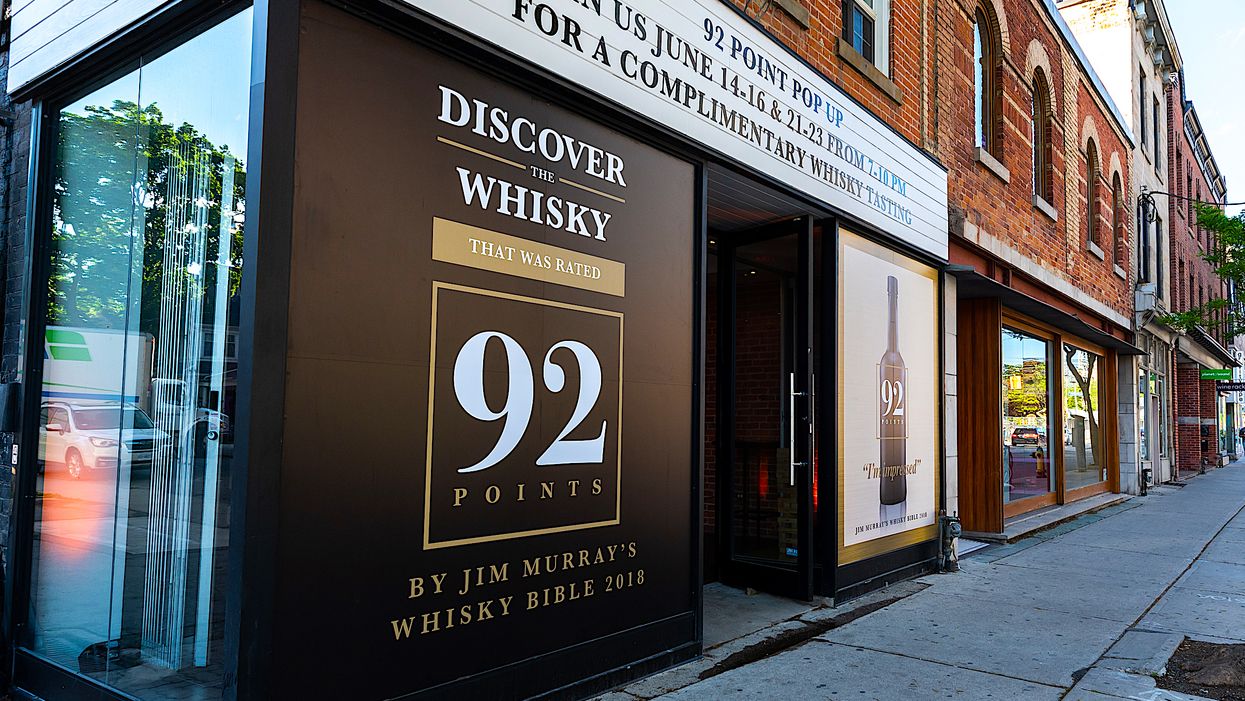 Alright guys, stop everything you're doing right now and prepare to cancel all your plans this weekend. One of the most interesting events in Toronto has finally popped up, and you are absolutely NOT going to want to miss out!

Last weekend, a mystery whisky pop-up appeared in Toronto at 1030 Queen St. W, offering complimentary whisky and straight-up delicious food. But it didn’t reveal what the whisky brand was…

And if you were among the lucky individuals who already attended this pop-up last weekend, then you already know how fun (and tasty!) this premium whisky experience is.

But if not, no worries! They’re back at it again one final time this weekend from June 21-23,  and this time they’re letting you in on the secret: the mystery whisky is none other than Canadian Club Premium!

Canadian Club has been making delicious whisky for 160 years, and now they’re letting Canadians rediscover this super tasty spirit. How delicious is it? Well, according to renowned spirits writer Jim Murray, this whisky gets a stellar 92 Point rating in his famous Whisky Bible.

You’d better hurry, though: you only have the next three days to fully enjoy and rediscover Canadian Club for yourself. Want a little sneak preview of what you can expect? This pop-up features complimentary Canadian Club whisky samples (where you can taste it neat… or their signature CC and ginger!), super tasty bar bites from a local food truck (Feed The Six) and tons of super fun games.

But make sure to get there early - word has been spreading and it’s been filling up fast. Space is limited, and it’s first come first serve! So if you want to taste the whisky that scored 92 points, then you better go now!