Toronto Is Going To Feel As Hot As Orlando, Florida Today 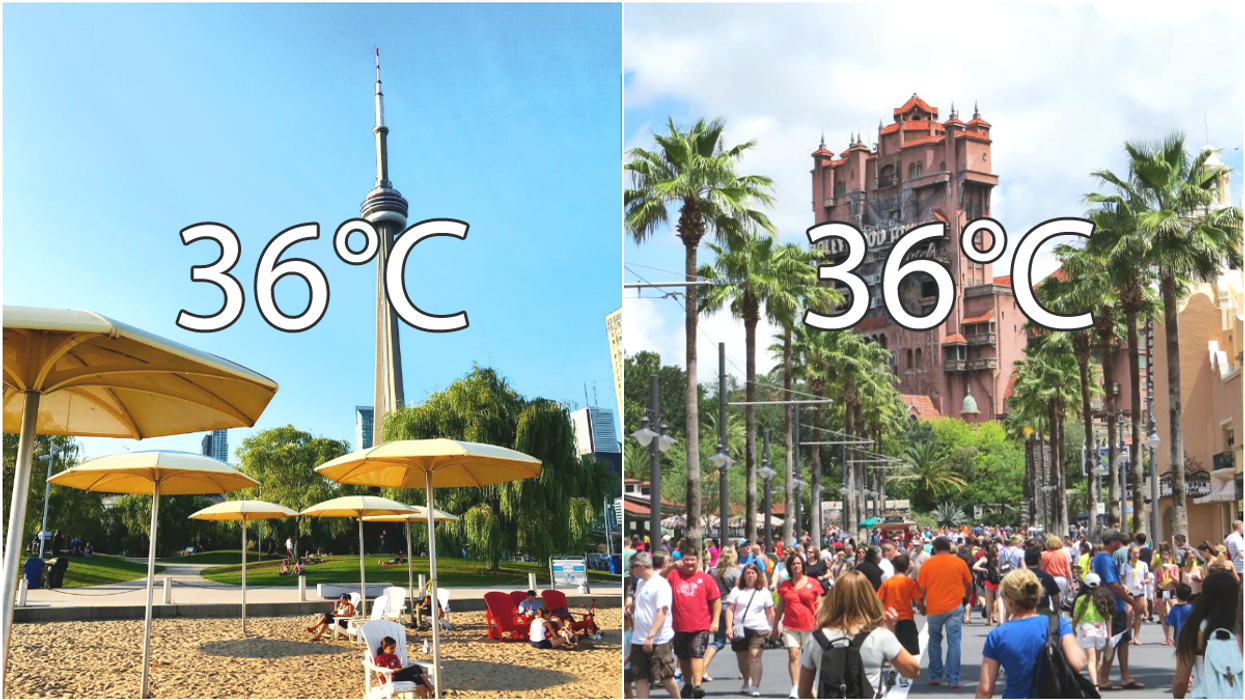 According to The Weather Network, Toronto will see temperatures as high as 28 degrees C today, with the humidex making it feel as hot as 36 degrees C. Such conditions are expected despite partly cloudy skies and a chance of showers later in the afternoon:

Temperatures in Orlando, FL will follow a similar pattern as Toronto for Wednesday afternoon. Though it will get as high as 33 degrees C, the humidity will make it feel more like 36 degrees C, which is the same real feel temperatures expected in Toronto.

The Floridian city will also receive similar cloud cover to Toronto, with a few clouds to appear over mainly sunny skies:

Torontonians should enjoy this weather while they can, as meteorologists predict the heat wave should end by Thursday. The end of the week will bring cooler highs (around 19 degrees C) and average temperatures in the low teens. Showers may also be likely.