The Toronto Islands Are Headed For Another Flooding Disaster This Year 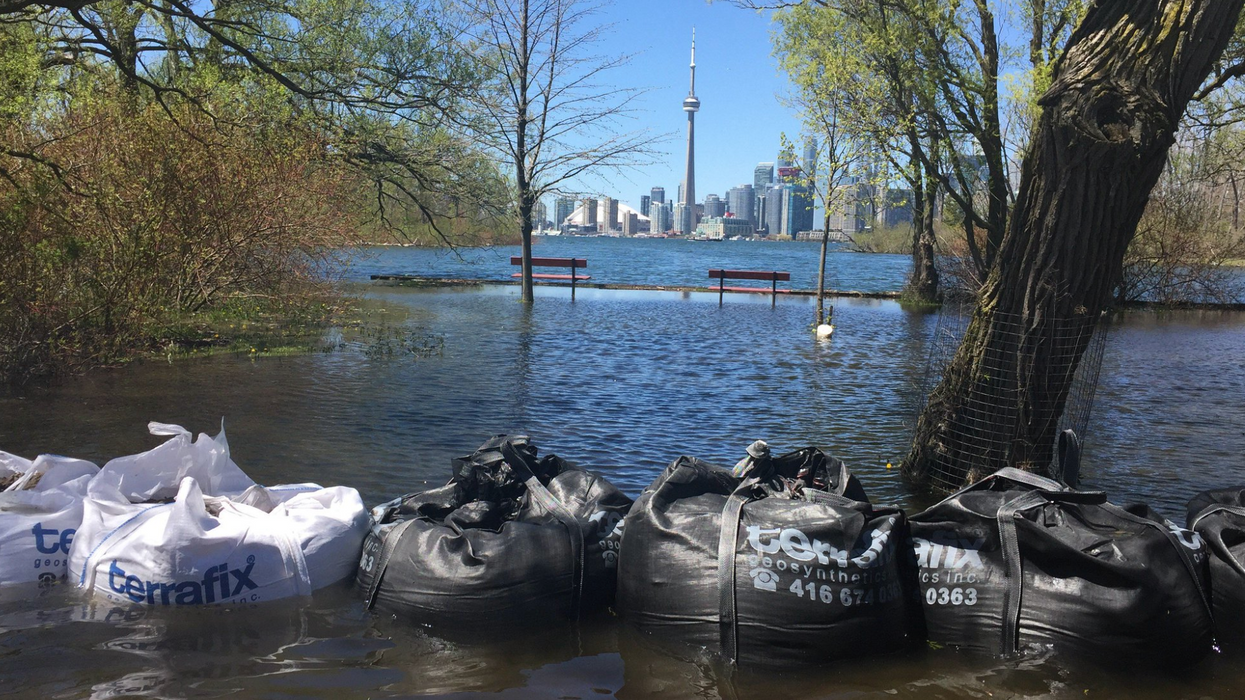 Those who were looking to celebrate the warmer weather with a trip out to the Toronto Islands may be in for a rude awakening this year. According to a report by CBC, water levels in Lake Ontario are rising so drastically that Toronto has once again been put under a shoreline hazard warning. Water levels in the lake have not reached such dire straits since the disastrous Toronto Islands flood in 2017.

The warning came this Tuesday from the Toronto and Region Conservation Authority, who released an official advisory stating that the current water levels have reached close to 75.5 metres. Lake Ontario reached a high of 75.93 metres during the 2017 floods. In 2017, flooding forced a three-month shutdown of the Toronto Islands. The record-breaking flood saw nearly 40% of the Islands underwater, CTV News reported at the time. Some of the busiest parts of the Islands weren't able to reopen until the end of July 2017.

"For reference, the observed water level for the month of April at Toronto in 2017 reached 75.58," TRCA explained in their news release.

According to TRCA, properties along the city's shoreline as well as the Toronto Islands could soon be impacted by the flooding "as the water levels in Lake Ontario continue to rise."

Beaches in the area are also likely to undergo a notable change with shortening to be expected. Lake Ontario's shoreline will also experience significant erosion due to the overwhelming water levels.

Residents are being asked by TRCA to exercise caution around shoreline areas and avoid areas that flooded or showing signs of erosion. "Please alert any children under your care of these dangers and supervise their activities," the TRCA stated in their official warning.

According to the TRCA, the shoreline warning will remain in effect until May 8th. Anyone who is looking for more information on the matter is being advised to contact the on-call Flood Duty Officer, Rebecca Elliott, at 416-661-6514.