Police have released the tragic details of Toronto's latest homicide. 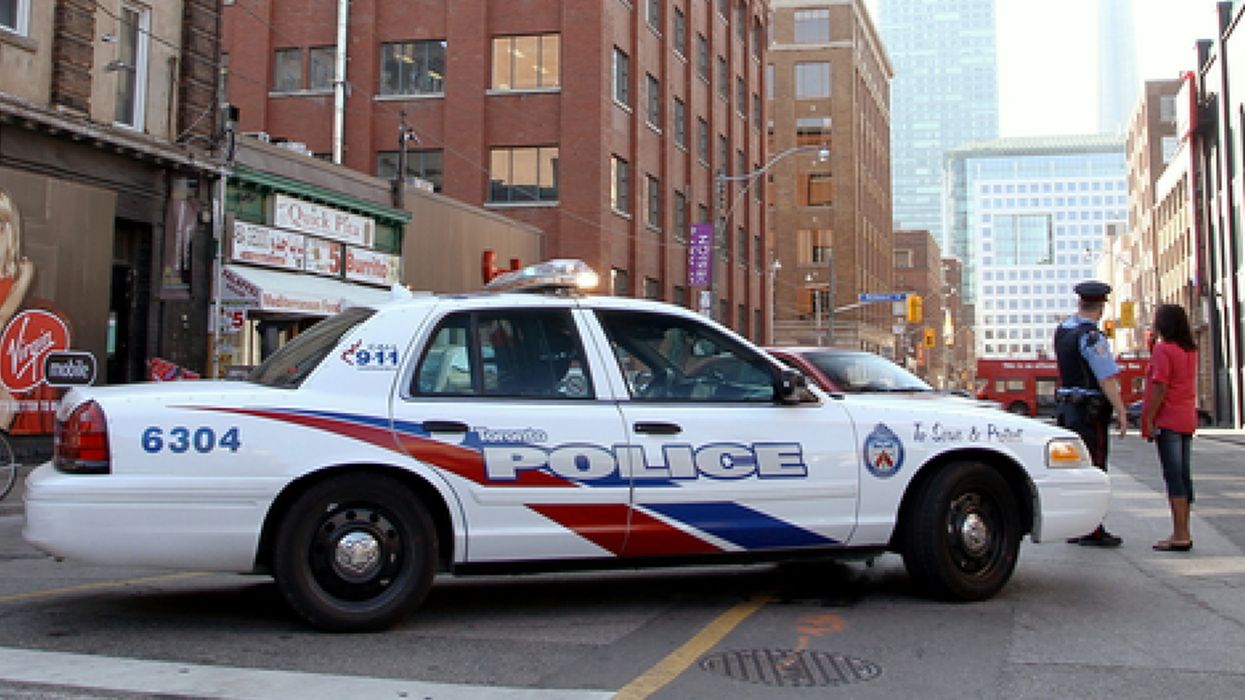 Toronto's seeing an unprecedented spike in gun violence this year. Mayor John Tory says that the staggering number of fatal shootings in 2018 so far are "shocking and can in no way be accepted or brushed aside."

Toronto Police have just released the gruesome details of the city's 39th homicide, and two out of three of the killers involved are still on the loose.

At 5:30 PM on Sunday, police discovered 19-year-old Aaron Rankine-Wright bleeding to death in an alleyway at Frankish and Sheridan Avenue, in Toronto's Little Portugal neighbourhood. Police say he was riding his bike to work when three young men in an SUV pulled up and attacked him.

Police allege that the men in the SUV followed Rankine-Wright, then ran him over, beat him, kicked him, and stabbed him to death. They fled the area on foot, and left Rankine-Wright laying on the ground to fight for his life.

Friends and family held a small vigil for Rankine-Wright on Sunday night. In tears, one friend described him as "the kindest, the funniest, the purest person" they'd ever met, and that he had so many people who loved him.

Residents of the Little Portugal community are still reeling from the horrific crime. Families in the neighbourhood were gearing up for the Liuna Portugal Parade when it happened. Witnesses say that two men tried pumping Rankine-Wright's chest to revive him, but they were too late.

One 17-year-old male suspect is in police custody, and investigators on the case are asking for the public's help in tracking down the other two. Police say that Rankine-Wright "was not known to police," unlike the three men who murdered him.

Police are asking anyone with information to contact police or Crime Stoppers anonymously, either online or at 416-222-TIPS.

To see the full news release from the Toronto Police Service, click here.