2 people were injured in a shooting at the Raptors Parade this afternoon. 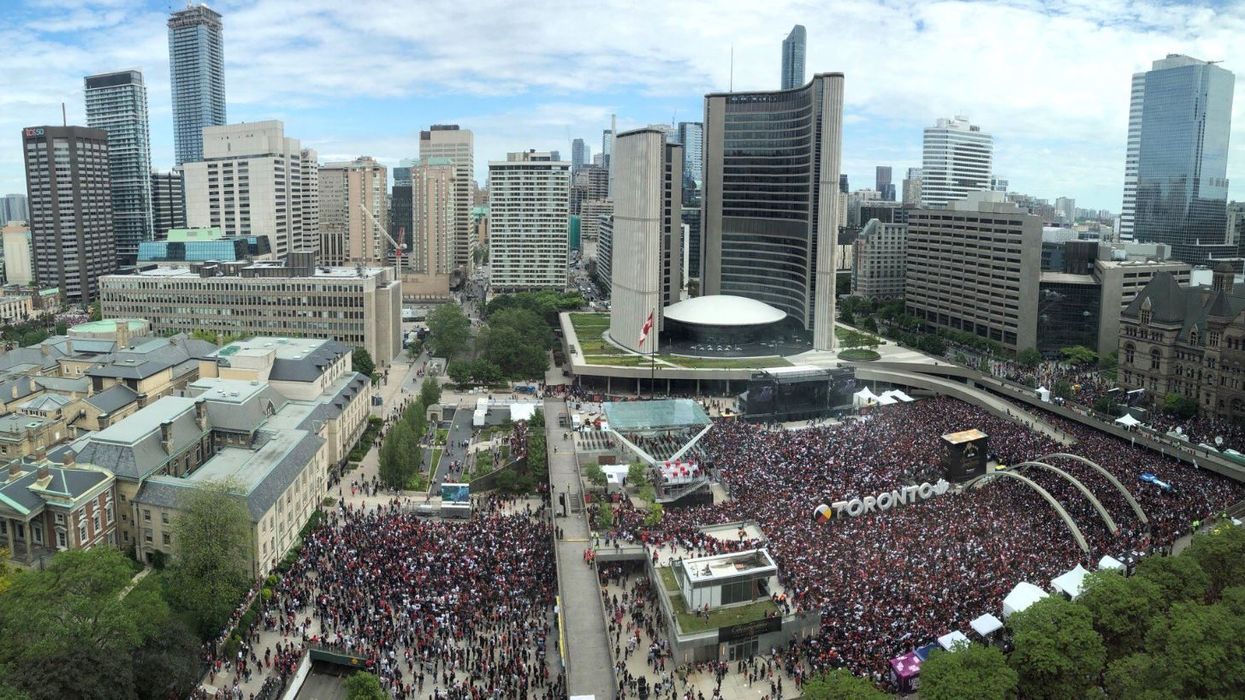 Crowds in Toronto are in a frenzy after reports that a shooting occurred during the Raptors Victory Parade this afternoon. Nearby Toronto offices and Eaton Centre Mall have gone into lockdown in response to the incident. Two million people were expected to show up to downtown Toronto to celebrate the Toronto Raptors winning the NBA championship finals, now the crowds have turned into chaos.

This afternoon, Toronto Police confirmed that four people were injured in a shooting near Nathan Phillips Square during the Raptors Victory Parade.

Police and emergency respondents are reportedly at Nathan Phillips Square in Toronto responding to the scene. Three suspects have reportedly been taken into police custody following the shooting.

As many heard the shooting, others learned about the incident online and crowds have been chaotic since. Large crowds of people have been stampeding through Nathan Phillips Square and other surrounding areas where the event took place.

There has been a reported shooting near the Raptors parade. Everyone in Toronto please be safe right now 🙏🏼♥️ This… https://t.co/kneOss0d6S
— Baseline Hoops (@Baseline Hoops)1560802437.0

Police confirmed that the shooting took place at Bay Street and Alberta Street. Cops were reportedly telling the crowds to "Get down!" as they pursued the suspects.

A witness confirmed to Narcity that police have fully evacuated the Eaton Centre Mall following the shooting and stabbing that reportedly took place earlier this afternoon. At first, shoppers inside the mall were not given any information regarding the situation and were in "hold and secure" inside stores as per instructions from authorities.

At approximately 4:30 PM EST, everyone in the mall was evacuated after the "hold and secure" was lifted.

Shoppers inside the mall were reportedly confused and frightened about what's going on during the lockdown. Many people were seen in the mall screaming and running as reports of the shooting became known to the public.

Office on lockdown due to a shooting at Nathan Phillips Square. Very disappointed and scared that this stuff conti… https://t.co/UsuFxz3ASV
— AKABroMontana (@AKABroMontana)1560803926.0

Other locals are reporting that nearby offices and workplaces went into lockdown mode as well while the police were handling the shooting situation near Nathan Phillips Square.

This happened right beside Eliza and I, almost got trampled we ran out of the crowd and took some girls into the ne… https://t.co/hiUb2iqzdN
— The Beaches (@The Beaches)1560803409.0

Canadian band, The Beaches, also confirmed that they were almost trampled during the chaos of the shooting. They also stated that they've "never been so terrified in [their] whole lives."