Angel Payan-Almendarez has just been sentenced to nine years in person. 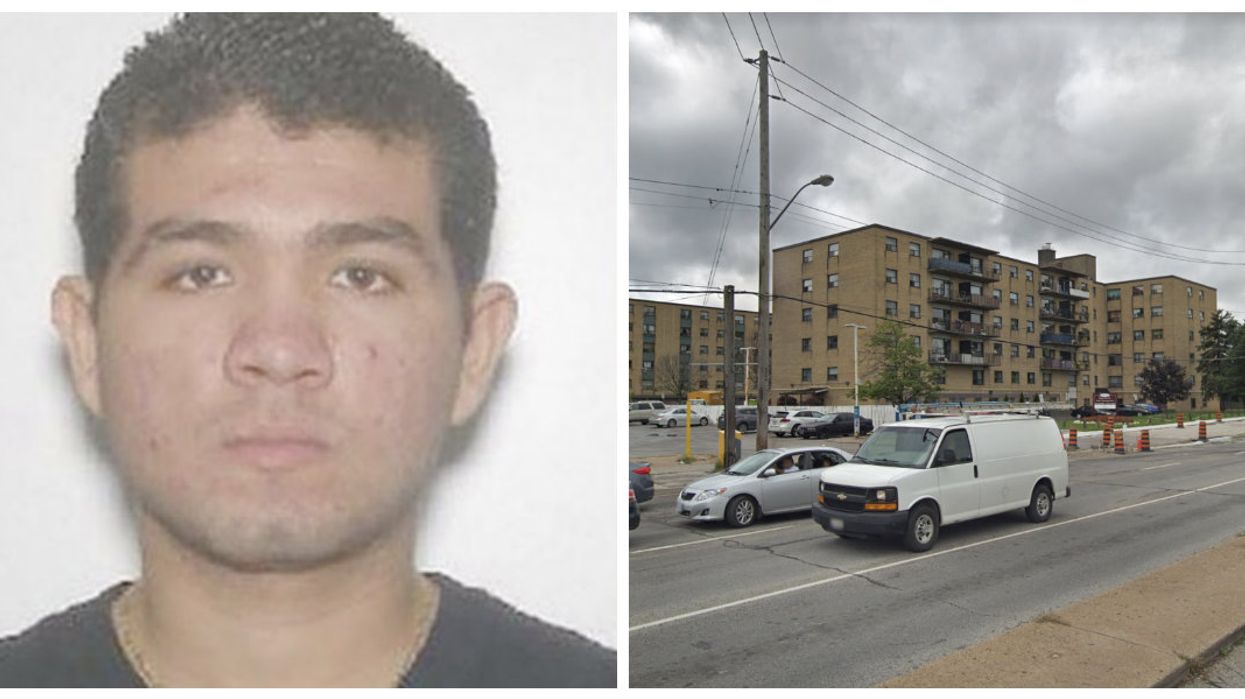 Angel Payan-Almendarez, 25, of Toronto, who attempted to murder his estranged wife in front of their three-year-old son has officially received a nine-year prison sentence.  Almendarez will serve only about five years in jail after being credited for time already spent in custody. Almendarzes claims he has no recollection of the events on December 8th, 2015, when he strangled his wife, covered her head with packing tape, and left her to die. According to Toronto Police, the incident took place at a Bathurst and Finch Street-area residence.

The presiding judge over the case, Justice John McMahon, asserts that it was "sheer luck" that the woman survived the attack.  "It is clearly by luck, not design, that the victim survived and the accused is not charged with murder," he stated during a court session.

According to CP24, in his sentencing decision, McMahon explained to the court, "The young child is constantly worried about losing his mom based on what he saw his dad do...To this day he remains fearful of the accused. They still relive the nightmare of what they saw."

Almendarez's trial lasted a mere 15 minutes since he did not bother to challenge the prosecution's case against him.  After the admission of an agreed-upon statement of facts, Almendarez was convicted of attempted murder, unlawful confinement, and break and enter.

According to court documents reported to CP24, Almendarez and his wife were separated at the time he suddenly appeared at her North York apartment to drop off a car seat at 7:00 AM on the day of the attack.  It was mutually agreed upon beforehand that Almendarez would leave the car seat outside the apartment.

After thanking him via text message, Almendarez proceeded to rampantly call her phone, and violently banged on the door.  She pleaded with him to leave, but to no avail.  Almendarez's wife then phoned for help, to which a woman who lived nearby, Christine Rieck, responded.

Please note that the details of the case are disturbing and may be difficult to read.

Rieck arrived at her friend's apartment at approximately 9:00 AM and had ignored an unusual shadow she had noticed behind the stairwell door.  She entered the apartment, and drafted a text message to her husband requesting his assistance.  An hour later, Rieck, Almendarez's wife, and their toddler approached the door to leave, when Almendarez suddenly barged into the apartment before quickly locking the door behind him.  Rieck immediately sent the drafted text to her husband before Almendarez snatched her phone and destroyed it.

Almendarez screamed at his wife in front of their son, claiming that he "had changed".  As the toddler burst into tears, Almendarez pushed Rieck onto the balcony of the apartment and forced his wife into the bedroom, where he then threw her onto the bed, climbed on top of her, and choked her.  To avoid frightening her young son further, Almendarez's wife reportedly did not resist the attack and quickly fell unconscious.  Almendarez then grabbed the toddler and locked him outside on the balcony with Rieck.

After returning to the bedroom to discover his wife had awoken, Almendarez once again jumped on top of her and suffocated her with his forearm until she once again lost consciousness.  He then wrapped her head with plastic packing tape, obstructing airflow to both her nose and mouth. He enveloped her body in a blanket.  Finally, he hid her body under a child-size bed, and then left the apartment with her keys and cellphone in hand.

The trial took 15 minutes, court heard, because Payan-Almendarez did not challenge the prosecution’s case. https://t.co/w2D0lZzxEf

It wasn't until the arrival of Rieck's husband alongside the building's superintendents did the woman's son and Rieck get released from the locked balcony.  Only as the superintendents were walking through the apartment to leave did they notice a strange, purple object laying on the bed.  At first, thinking it was a child's toy, they tried to move it.  It was then that they shakenly made the realization that the "toy" was, in fact, Almendarez's wife's hand.

The court documents presented the superintendents' statements, "(Her) face was completely flattened by the tightness of the packing tape...She was at that time unrecognizable."  At the time, the superintendents were certain that she had died, had she not miraculously regained consciousness only moments later when a hole was cut in the tape that buried her mouth.  She was immediately sent to the hospital and treated for her injuries.