Another Person In Toronto Just Yelled “FHRITP” During A Newscast (VIDEO)

It happened at the Eaton Centre during a Boxing Day interview. 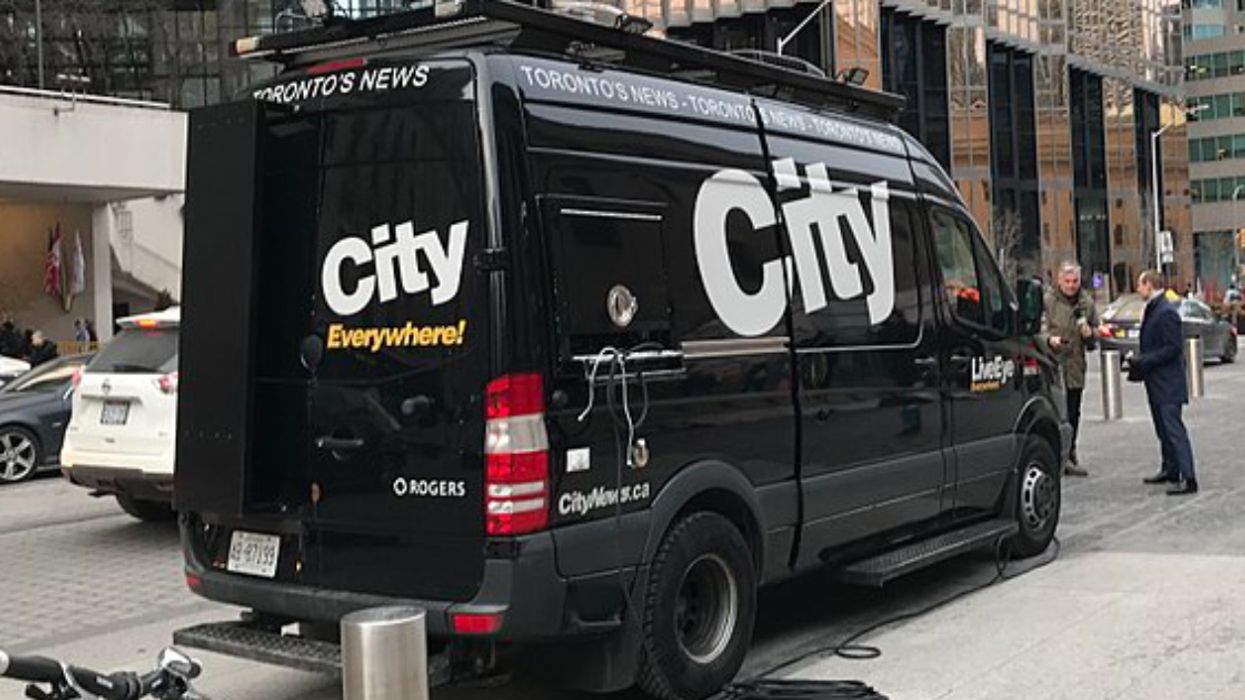 Apparently, some people can't leave "FHRITP" in 2014 where it belongs. According to a video shared by a reporter on Twitter, another Toronto man yelled "FHRITP" during a newscast, this time at the Eaton Centre. The incident reportedly occurred on December 26 for the program's Boxing Day segment.

In the video released by Tina Yazdani of CityNews Toronto, a news crew is in the middle of recording an interview with a shopper when a young man runs up to the camera and blurts out the saying.

“It’s almost 2020 and somehow the abhorrent FHRITP trend that started in 2014 is still a problem here in Toronto," Yazdani wrote.

"We were at the Eaton Centre for Boxing Day coverage, interviewing a shopper, when it happened. Shame on this person."

In the video, you can hear Yazdani ask the shopper what she had bought on Boxing Day.

Before the shopper has a chance to answer, a young man wearing a backpack runs into view and yells FHRITP while exposing his entire face.

The shopper looks less than enthused and shakes her head before continuing.

While some people are seen laughing in the background, there are many comments on the video from people who are upset that this happened.

Many commenters call him out for his actions, stating that this line has never been funny, not even in 2014 when it first went viral.

Others are apologizing to the reporter and the shopper on the man's behalf.

One person even paused the video and took a screengrab of the man's face in order to expose him.

This is hardly the first time something like this has happened. Earlier this year, another Toronto man went viral for yelling the same phrase at a female reporter.

In June of this year, Steph Currey’s wife, Ayesha Currey, was the target of an incredibly inappropriate comment made by a Raptors fan in Toronto. The man was later arrested and charged.