Marner and Matthews hang out downtown a lot. 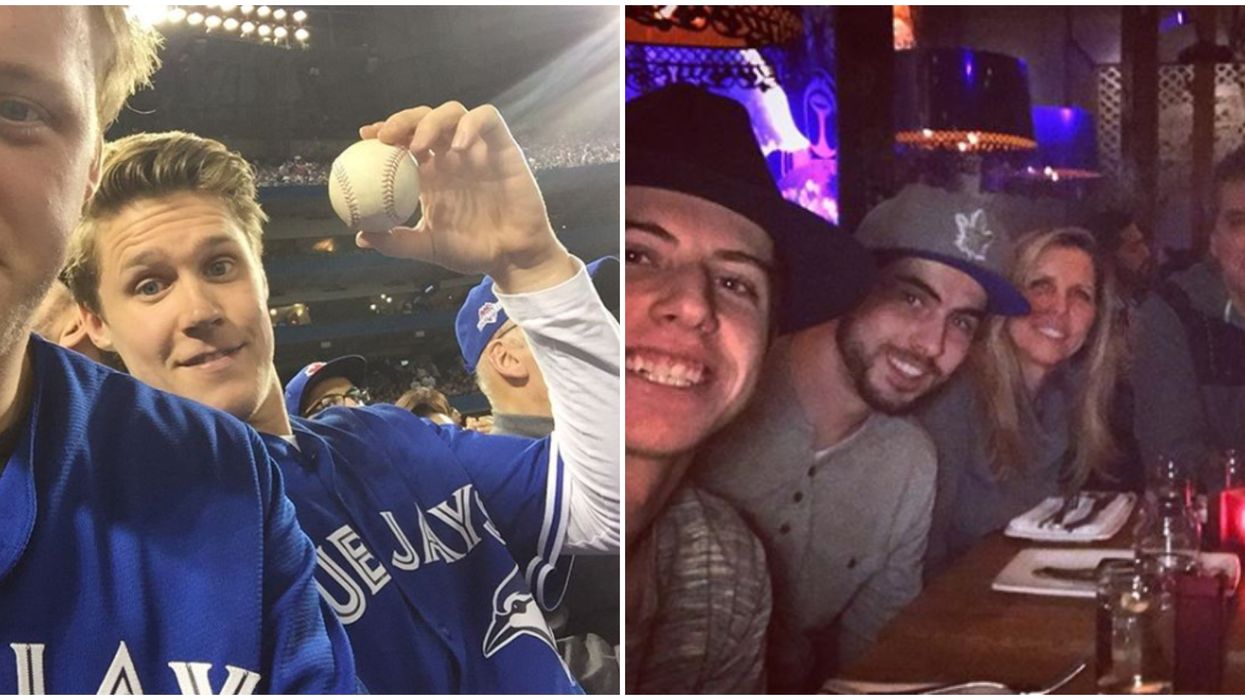 Are you a die-hard Toronto Maple Leafs fan? Have you always wanted to casually bump into one of your hockey heroes and snap a selfie with them like it's no big deal? Well, good news because we’ve created a stalker-free guide that allows you to enjoy some of Toronto’s hot spots while at the same time increasing your chances of spotting a member of the Leafs. All you need to do is follow these guidelines and keep your karma sound, so you stay lucky.

While they may be hockey superstars, the Leafs players are just like everyone else, and often want to explore the amazing hot spots that Toronto has to offer.

From the Christmas Market to dog parks, these famous players just want to spend their time off the ice with family and friends around the city.

Lucky for you, if you're a Leafs fan, there are some spots in the 6ix where you have a pretty good chance of running into a member of the team.

So grab your camera, and head on out to these six spots to finally meet those hockey superstars. Just remember, if you do end up running into a member of the team, be respectful!

This is a fun one because going to Toronto's historic distillery district is a good time whether you are hunting for a Leaf's player or not.

A few of Toronto's hockey all-stars have been known to grab a pint or two in the district while out celebrating special occasions. So, keep your fingers crossed next time you're there.

Unsurprisingly, the Leafs have been known to pop up at various Toronto sporting events to show their support.

So, if you buy a ticket to a Blue Jays, Raptors, or Toronto FC game, there is a decent chance you could run into one of your favorite hockey players. I mean, the worst-case scenario you just enjoy the game.

Personally, I've always thought of having a bar that is purposely cold in Toronto is strange at best.

However, people seem to really like the idea of it, including members of the Toronto Maple Leafs who have been known to frequent the spot. Perhaps, to train themselves to be more Canadian, who knows.

This one also isn't super-specific. However, as it turns out, a lot of the Leafs own dogs and a lot of them live in the downtown core, so if you own a dog and live in the area, I would say you stand a pretty good chance of spotting one of them out doing doggie duty.

Do you like going to the Eaton Centre around Christmas time or perhaps stopping in at the magical wonderland that is Toronto's Christmas market?

Well, so do the Leafs, so keep your eyes peeled next time you're there, and you might just spot one.

The Streets Of Toronto

I know I know this one is a little vague, but hear me out. Both Mitch Marner and Auston Matthews have been known to walk casually through the city's downtown core, in disguise.

What kind of disguise do you ask? Well, let's just say if you see anyone with a full-sized colorful full-torso Bape hoodie zipped all the way up, it could be a Hockey pro.

So, there you have it. Please remember to use this list responsibly.

If you aren't a hockey fan, you can always check out some of the places that you might be able to spot the Raptors.